Poonam Pandey has reacted to Raj Kundra’s shocking arrest. The businessman was arrested in a pornography-related case.

"my heart goes out to Shilpa Shetty and her kids."

Model Poonam Pandey has weighed in on Raj Kundra’s arrest.

The businessman was arrested for allegedly producing and distributing pornographic films through mobile apps.

Raj was taken into police custody on July 19, 2021, after being booked under various sections of the Indian Penal Code and the Information Technology Act.

Poonam Pandey has a history with Raj Kundra, previously filing a case against him and his associates.

She had a contract with his firm Armsprime Media and it managed her app, which is known for explicit photos and videos of Poonam.

However, after their association ended, Raj’s firm allegedly continued to use Poonam’s content.

When Poonam found out, she filed a case.

But Raj and his associates denied the allegations, adding that they had not received any notice. 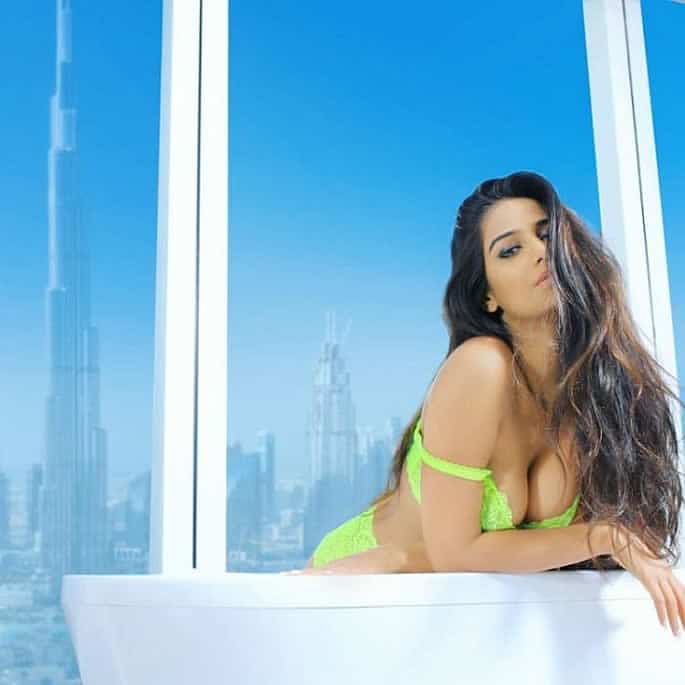 Following Raj’s arrest in the pornography case, Poonam reacted to the news, admitting that she sympathised with his wife, actress Shilpa Shetty, and their children.

She said: “At this moment my heart goes out to Shilpa Shetty and her kids.

“I can’t imagine what she must be going through. So, I refuse to use this opportunity to highlight my trauma.

“The only thing I’ll add is that I have filed a police complaint in 2019 against Raj Kundra and subsequently registered a case at the honourable high court of Bombay against him for fraud and theft.

“This matter is sub judice, hence I would prefer to limit my statements.

“Also, I have full faith in our police and the judicial process.”

Poonam Pandey previously claimed that her personal phone number was leaked on the app.

This resulted in her receiving obscene calls and messages.

In February 2021, Raj said he had distanced himself from the matter. He had said:

“I had invested in a company called Armsprime Media last year, which makes apps for celebrities.

“I am not aware of the petition as I exited the venture in December 2019 with a sale to the current shareholders.”

Raj Kundra was arrested for his alleged involvement in the creation of pornographic films.

In a statement, Mumbai Police said:

“There was a case registered with the Crime Branch Mumbai in February 2021 about creation of pornographic films and publishing them through some apps.

“We’ve arrested Mr Raj Kundra in this case on 19/7/21 as he appears to be the key conspirator of this.

“We have sufficient evidence regarding this.”

Dhiren is a journalism graduate with a passion for gaming, watching films and sports. He also enjoys cooking from time to time. His motto is to “Live life one day at a time.”
Arbaaz Khan says Trolling Bollywood Stars was ‘Planned’
Indian Model claims Raj Kundra Demanded a ‘Nude Audition’