Pokémon Go Plus has Finally Arrived

After a long delay this companion accessory to Pokémon Go has arrived. DESIblitz explains the features of Pokémon Go Plus.

It’s useful if you want to evolve your existing Pokémon

The Pokémon Go Plus is now available. Though due to high demand stock may run out quickly.

The release of this Pokémon Go accessory has been delayed since July 2016. However, it’s finally here.

Pokémon Go Plus was meant to be released closer to the launch of Pokémon Go. However, the setbacks aren’t likely to halt its popularity.

Pokémon Go Plus is a wearable accessory that you are able to clip onto clothing or bags. You can also use the Plus as a wrist strap.

However, you’ll still need your phone to use the majority of Pokémon Go features.

Its main feature is to simplify the task of catching Pokémon. It uses Bluetooth to alert you when a Pokémon appears within the game.

“When a Pokémon is near, the light on the Pokémon Go Plus will flash. It will also flash and vibrate when you pass a Pokéstop.”

Once it alerts you, you can then press the button to throw a Pokéball. This is not always successful. However, if it is then the Pokémon Go Plus will vibrate and flash.

The Plus will also vibrate and flash when in range of a Pokéstop. It will even search for items for you.

There are limitations to this new accessory, and there are many things you can’t do. 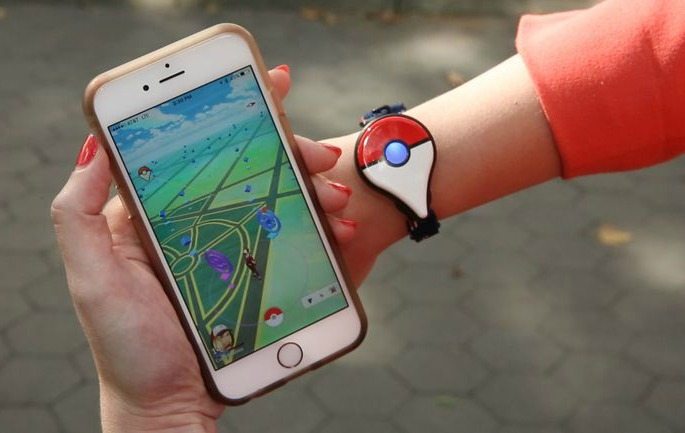 One downside is you can’t catch new Pokémon on the Plus. This means it’s useful if you want to evolve your existing Pokémon. However, you’ll still need to use your phone to catch new ones.

You’ll also need your phone to add items found by the Plus to your inventory.

Therefore Pokémon Go Plus will only really be useful for players willing to dedicate their time. Especially as the Plus only adds to the experience, rather than replacing features.

In order to use the Plus, you will need Bluetooth Smart 4.0 or higher. As well as an iPhone 5 or higher, or android device with at least 2GB of RAM.

This is not the only development for Pokémon Go. It was recently announced that the apple watch will be able to host Pokémon Go.

It will be similar to the Plus in many ways. However, it will have more features such as displaying the amount of XP to level up. As well as the amount of steps to hatch eggs.

Therefore if you’re wishing to expand your Pokémon Go experience, the Plus or upcoming Apple Watch version could be for you.

Images courtesy of Nintendo and CNet

Are Highly Anticipated Games Failing Expectations?
Condoms in India being Delivered within 30 minutes