A Pakistani student has attempted to sue the UK university he was studying at over his degree grade after he received a third-class degree.

Pakistani student Umer Riaz has been trying to sue his university after he received a third-class degree. He has said he will take his legal battle to the highest UK court after spending “thousands” of pounds.

The 33-year-old attempted to seek £200,000 in damages from the University of South Wales after receiving a pass grade in 2016 which is the equivalent of a third-class degree.

Mr Riaz had come from Islamabad to study in Cardiff.

He alleged that he was not given the opportunity to continue his studies in order to complete an honours degree instead of a pass grade.

However, a Cardiff county court struck out his claim on October 31, 2019, after he was described by the university as having “no prospect of success”.

Mr Riaz said: “I’m going to fight this even if I have to take it higher, even to the UN.

A University of South Wales spokesperson explained that all processes were followed “fairly and accurately”.

In 2011, Mr Riaz started his BSc Hons in Chemistry but had to resit his first year after failing to get the required credits.

In 2014, after suffering from poor health, Mr Riaz said he “suffered a fall” onsite, causing his second-year modules to be deferred until 2015.

As a result, the Pakistani student did not have enough credits for an honours degree and reached the maximum registration period for his course.

Mr Riaz made a claim against the university, saying that their decision not to allow him to take outstanding modules as “unreasonable”.

But the university said his claim failed to detail “any cause of action” and that arguments of “unreasonableness” did not fall under the court’s jurisdiction.

“The claimant has not particularised any cause of action. The [Particulars of Claim (PoC)] consists of a long narrative, followed by an extract of passages from the claimant’s unsuccessful application for judicial review against the Office of the Independent Adjudicator.

“At no point in the PoC does the claimant identify a cause of action. His claim should be struck out as a result.

“As an administrative law ground, the court has no jurisdiction over the allegation of unreasonableness.

“This is simply an attempt by the claimant to re-litigate his previously unsuccessful judicial review claim against the OIA.”

Mr Riaz, who represented himself, explained:

“I was quite good at my studies and I passed my English courses back home.

“I was the youngest and my family wanted to give me the opportunity for higher study. My parents are illiterate, they didn’t go to school.”

He went on to say:

“A pass doesn’t mean anything to me. Having a pass degree is not going to help me to get anything.”

“I wanted to do a PhD in organic chemistry. I was in my final year starting to apply for jobs in Europe, in the Middle East and do further studies.

“I had a couple of emails from Italy and Germany. They said they were impressed by my approach but unfortunately, I do not have enough credits. 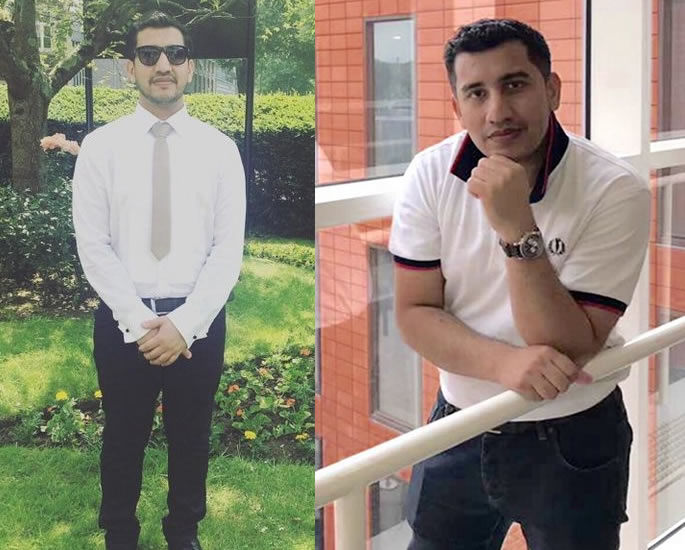 After his internal complaint to the university was unsuccessful, Mr Riaz went to the Office of Independent Adjudicator (OIA) but in 2018, his complaint was dismissed.

The Pakistani student also sought a judicial review of the OIA’s decision, which was unsuccessful. He has now gone to the Court of Appeals.

“I have wasted 10 months to get to this stage. Everyone knew what I was claiming. They should have said in the first place [there was no jurisdiction].

“I’m going to take it to the High Court now.”

Mr Riaz explained that each year of university as an international student cost him around £10,000.

He has revealed that his grade has prevented him from getting a job in his chosen field.

As his court claim failed, the Pakistani student must pay thousands in legal fees. He admitted:

“My mum cries a lot, she cries too much. Back home when you go to court you have police around you so she is worried about me. I talk to her every day and tell her I’m fine.

“My brother is supporting me with accommodation and food.

“Before I didn’t know what the word ‘sue’ meant. I’m on medication, I’m stressed.

“Step by step I’ve come to this point.

“This happens for a reason so you better build yourself up and put your chin up for the next event.

“I don’t want to have any regrets a couple of years down the line.”

According to Wales Online, a spokesperson for the university stated:

“We take all complaints seriously and are keen to uphold our rigorous standards. All of our processes have been followed fairly and accurately, and this has been reflected by the Office of the Independent Adjudicator for Higher Education.

“As there may be further legal action, it is not possible to comment further.”

Dhiren is a journalism graduate with a passion for gaming, watching films and sports. He also enjoys cooking from time to time. His motto is to “Live life one day at a time.”
UK Drivers face £200 Fine for Touching a Mobile Phone & Driving
Indian Mother and Daughter beaten for Resisting Molestation