Following police raids, more than 65 Indian women were rescued from a bar in Madhya Pradesh which had been a front for a honey trap operation.

"They were kept there to entice customers"

A police case was registered against several people after more than 65 Indian women were rescued from a “honey trap” bar.

An FIR was registered against Jitu Soni, his son Amit Soni and several others for running a bar named ‘My Home’. The bar had been used to run a honey trap scam.

A police raid was conducted at the bar following a tip-off about a honey trap operation.

“An FIR has been registered against Jitu Soni, his son Amit Soni, the manager of ‘My Home’ and others under the Indian Penal Code Section 370.

“A case was also registered against them under the IT Act in connection with the Indore honey trap matter.”

A complaint had been made against Soni on December 1, 2019, which led to the raid.

Police discovered 67 Indian women and seven young men at the bar. They have since been rescued.

SSP Mishra added: “They were kept there to entice customers and were paid only through the tips given by them.”

Based on the women’s statements, a case was registered.

It was revealed that Soni went on the run but his home and office were raided. Police seized several electronic devices, three safes and ammunition.

Meanwhile, Amit was arrested. Further action will be taken if he is found to be involved.

The offices of Jitu’s newspaper, Sanjha Lokswami, were closed in relation to the case. 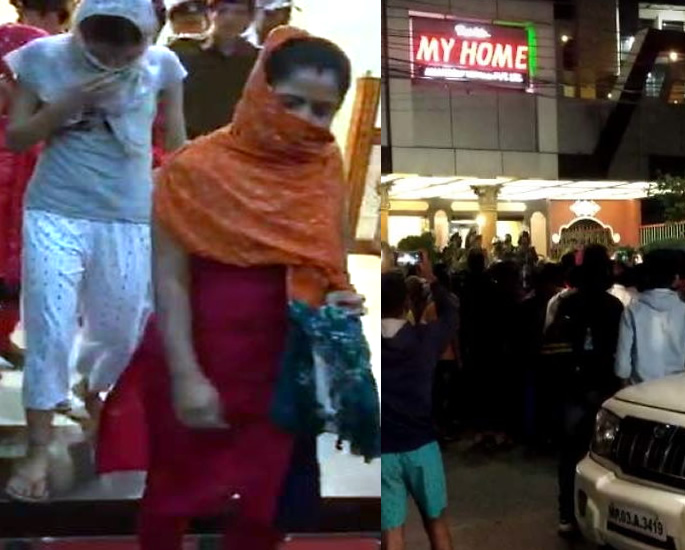 It was revealed that Jitu has connections to the high-profile honey trap case which took place in Indore and Bhopal.

Complaints had been made against him by several people, including Harbhajan Singh who was one of the victims.

Soni had audio and video recordings of the various men with the involved women that currently remain in prison. Videos of the VIPs with the women had circulated on social media.

A petition has been filed to have the video and audio recordings handed over to the court.

Petitioner Vijay Singh urged for the CBI to investigate the case. He submitted 15 hours worth of video footage to the court.

The footage contains the encounters between top officials and the women.

Journalists from several media houses protested the police’s decision to seize the video clips. Many said that Soni was simply exposing the truth.

However, the police stated that raids were carried out in order to recover video evidence.

They also stated that Soni has been accused of running a honey trap operation from his bar and has connections to Shweta Vijay Jain’s operation.

Dhiren is a journalism graduate with a passion for gaming, watching films and sports. He also enjoys cooking from time to time. His motto is to “Live life one day at a time.”
Pakistani Girl kidnapped at Gunpoint and Friend Shot
Indian Bride waited All Day for Groom who Never Came