A case in Madhya Pradesh has been uncovered in which more than 20 female students were forced to participate in a VIP sex scam.

one must do these things in order to get to the top.

After a group of women were arrested for running a VIP sex scam, it was revealed that more than 20 female students were used.

The incidents happened in Bhopal and Indore, Madhya Pradesh. Many of the college students were from lower-class families were forced into sleeping with high-profile men, including government officials.

The revelations come after the gang were arrested and the leader Shweta Jain confessed to the operation.

Jain explained that the main reason for the sex scam was to obtain lucrative government contracts, worth several hundred crores.

The majority of the contracts were given to well-known companies by Jain and her accomplice Aarti Dayal on a commission basis.

During interrogation, Jain claimed that on the demand of bureaucrats, she lured 23 college girls and forced them to seduce and have sex with various men.

She had persuaded the girls into the scam by showing them a luxurious lifestyle and the money that could come with being involved.

One of the girls was Monica Yadav, who was in custody after being caught carrying out the sex scam. 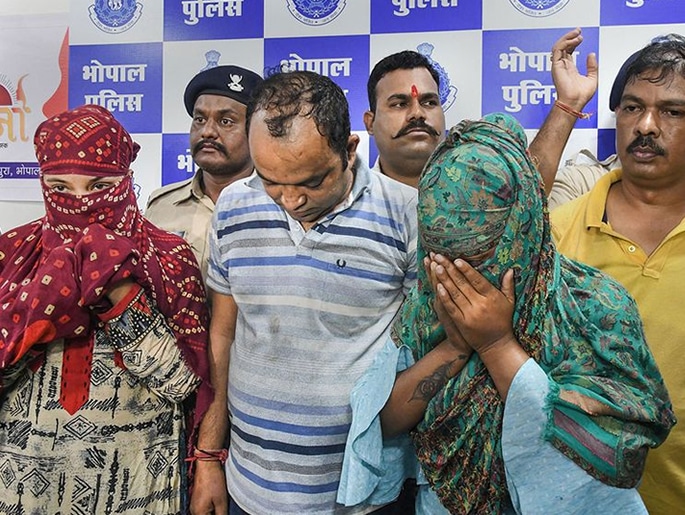 Monica, aged 18, told officers that she came into contact with Jain after she believed that she would be able to help her get into a prestigious college.

Jain had told Monica that she knew one of the top figures at the institution very well. She convinced the aspiring student by taking her to Bhopal and introducing her to three secretary-level IAS officers.

Jain also gave Monica a car in an attempt to persuade her.

However, Monica refused and went back to her home. Aarti later visited Monica’s home and told her father that his daughter’s education fees will be covered if she went to Bhopal. He told his daughter to go to Bhopal with Aarti.

A statement was provided to the Special Investigation Team (SIT).

It read that Monica had explained to officers that Aarti had shown a video of Jain having sex with a VIP. Aarti told the student that one must do these things in order to get to the top.

The investigation revealed that Aarti and Shweta lured many college girls into the honeytrap sex racket by offering them jobs and under the name of an NGO.

In a statement, Monica alleged that she went to Indore with Aarti on August 30, 2019, to meet government engineer Harbhajan Singh.

On August 31, 2019, Monica spent the night with Singh where they later had sex.

Monica also told officers that Aarti had filmed her having sex with the engineer.

Jain later demanded Rs. 3 Crore (£345,000) from Singh by blackmailing him with the sex video. Monica was also told that the video would be shared online if she spoke about the scam.

Indore SSP Ruchi Vardhan Singh explained that Shweta and Aarti had lured the young girls into the sex scam by showing off their wealthy lifestyles.

As well as the 23 college girls, Shweta had hired over 40 young women to cater to various high-profile clients.

After the remaining members of the group were arrested, efforts were made to seize their bank accounts. Officers are also collecting information about the women’s illegal assets.

Dhiren is a journalism graduate with a passion for gaming, watching films and sports. He also enjoys cooking from time to time. His motto is to “Live life one day at a time.”
Qandeel Baloch’s Brother Sentenced to Life for her Murder
Gang forced Man to Withdraw Money from Cashpoints