OnePlus 6: High-End Smartphone for Half the iPhone Price

With the OnePlus 6, the company has officially shed its image of a budget smartphone manufacturer. DESIblitz brings you all the important announcements from the launch and why the OnePlus’ latest model may just be 2018’s best buy.

Goliaths Apple and Samsung finally seem to have a David worth its weight in gold.

From Tuesday 22nd May 2018, the OnePlus 6 can officially be all yours. After months of feverish hype, OnePlus finally launched its sixth flagship product in London on Wednesday 16th May 2018.

Since breaking into the smartphone arena in 2013, the brand’s biggest selling point has been its dedication to value for money.

The marketing focus this time around is placed heavily on the phone’s processor and camera.

While the old core remains, with the OnePlus 6, the Chinese manufacturer has finally come into its own as a mainstay in the battleground.

As the tech world goes gaga over what the phone has to offer, DESIblitz explores the upsides and downsides of the OnePlus 6.

1. When Speed is a Good Thing 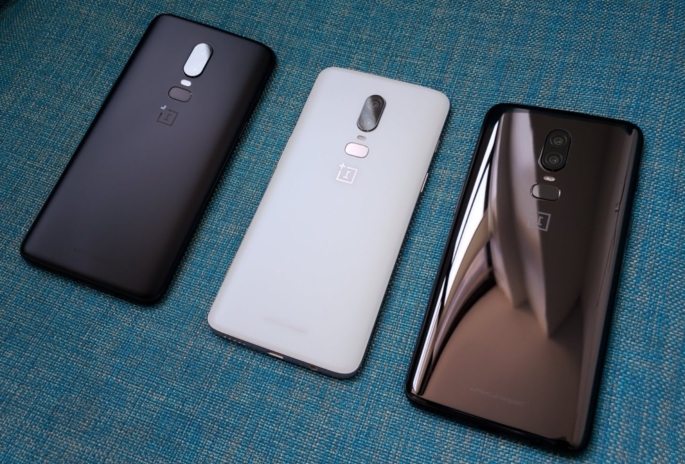 OnePlus branded its latest product with the phrase ‘speed you need’. The phone sticks by this, bolstered by Qualcomm’s Snapdragon 845 octa-core processor which clocks in at 2.8GhZ and an Adreno 630 GPU.

In the RAM department, we have the same material to work with – up to 8GB. Storage is the same too, we have the 64 GB and 128 GB variants. The device runs on Android 8.1 Oreo with the company’s own OxygenOS launcher to top it.

This matters because OnePlus users will be one of the first to be able to upgrade to Android P beta OS. Its connectivity options include dual-SIM support, 4G VoLTE, Bluetooth 5.0, and NFC.

If you are a OnePlus 5T user, the speed may not exactly bowl you over. This is because the Snapdragon 845 is an upgrade on the 5T’s 835. However, the OnePlus 6 betters the 5T in one department. It is a phone adaptable for the future.

Then again, where does the phone stand in comparison to its direct competitions – the iPhone X and the Galaxy S9?

YouTube channel Web Hacks tested the devices side by side so you don’t have to.

The test opens the same apps on all phones in comparison. The OnePlus 6 needed 44 seconds to open apps that included the camera, YouTube and a few games.

The iPhone X came second, needing 47 seconds. The 5T, taking 51 seconds, was as quick as the Galaxy S9.

This is interesting considering the phone comes with same chip as the one on the OnePlus 6 and the Xperia XZ2.

However, one must agree, as Amazon’s ExpertReviews puts it, that just focussing on the speed undersells the beast of a phone the OnePlus 6 is. 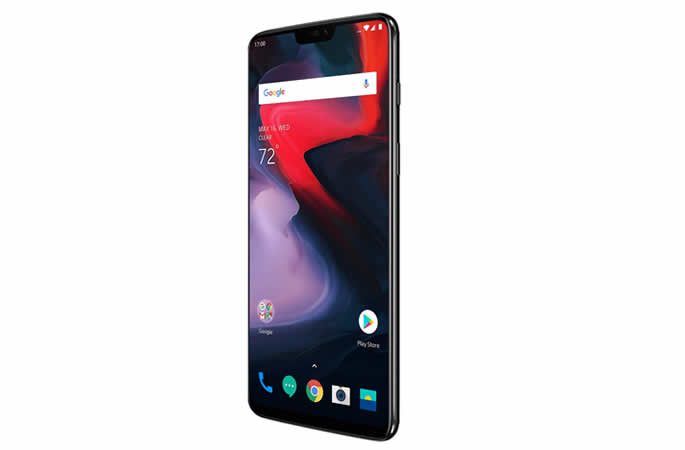 With the OnePlus 6, we’re looking at a larger display without an increase in the phone size. The device has a 6.3 inch, 2280 x 1080 resolution AMOLED screen with a 19:9 aspect ratio.

There isn’t much of a difference between the 5T and the 6 though. Both support vibrant colours and DCI-P3, which is expanded colour space.

Contrast colours and display may be slightly better on the latest flagship product though. The iPhone X-isque notch at the top is hard to miss. This helps aid a more immersive display but it could hinder video watching.

You can switch back to the default screen mode in apps to deal with that, dialling back to the OnePlus 5T viewing style.

For the notch, OnePlus has updated the user interface with an option to enable/disable the notch and to control which apps will run in full-screen mode.

You also have the option to hide the navigation bar or keep it fixed.

Moving to the phone’s look in general, here’s where the OnePlus jumps on the flagship-basics bandwagon. The OnePlus 6 is made almost entirely of glass.

This uber-fast Gorilla Glass 5 sandwich is a breath of fresh air compared to the aluminium bodies of earlier versions. This also gives it quite a high-end niche appearance.

Beware of the slips and smudgy print marks though. Meanwhile, the metal frame remains a flagship standard.

The phone comes in three looks – the ‘Midnight Black’ that has a matte finish, the ‘Mirror Black’ that has a glossy finish and the ‘Silk White’ – that comes with real powdered pearl dust incorporated into its underlying coloured layer.

If you’re someone who can carry off white things without the inevitability of staining them, then this look is for you. The rear camera has moved from the top of the phone to the centre back in a vertical stack above the fingerprint scanner.

The ringing mode slider has moved from the right to the left. For those who have trouble adjusting to the change, a software tag helpfully shows you what mode you’ve selected.

This is the first time OnePlus has openly declared a phone water-resistant. While the occasional splash or droplets from the shower have never necessarily been an issue with the OnePlus 5 and 5T, we wouldn’t recommend taking this one underwater.

OnePlus did a collaboration with Vogue India earlier in May 2018. The cover shoot with actor Aditi Rao Hydari was done solely with the OnePlus 6, making it the first cover to be shot using a smartphone.

This was a marketing masterstroke as it teased the already over-anxious and eager community. 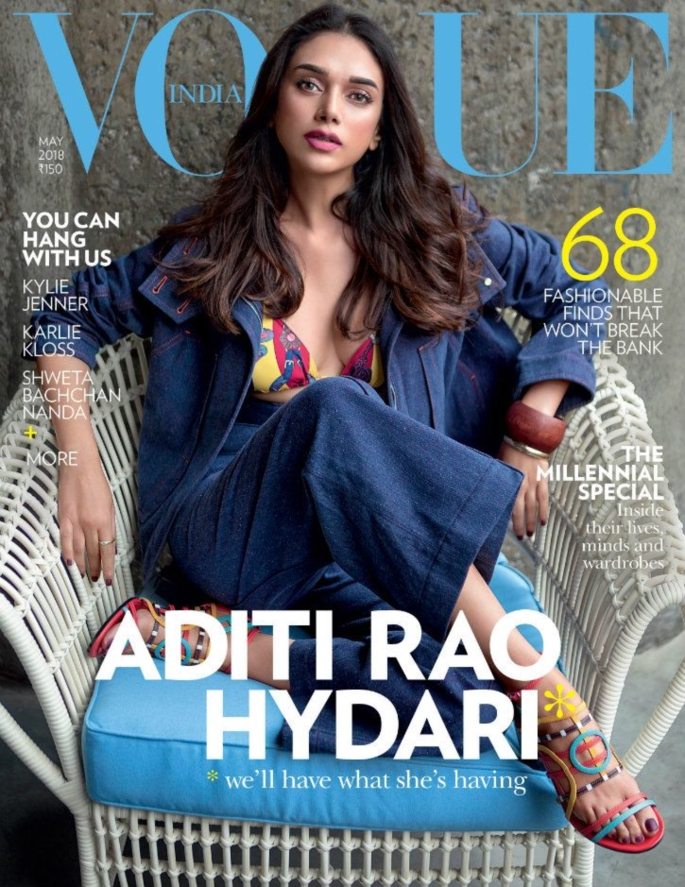 As far as the photography department goes, the critics have been left a little unimpressed. The upgrades from the 5T aren’t too drastic.

The phone has a dual-rear camera setup, with a combination of 20MP and 16MP Sony IMX519 sensors and an f1.7 aperture. This allows for particularly good photography in low light conditions.

Furthermore, the portrait mode seems to have been improved upon as well. Not to mention, the selfie camera is also due to undergo an update in the coming months that will enable the portrait-mode software.

The optical image stabilisation, so far a visibly missing feature from the company’s phones, makes it to the OnePlus 6. This means a reduced blur due to shaking hands and much better low light photography.

Located on the front is a 16MP camera. Additionally, it comes with an f2.0 aperture and auto HDR function.

The smartphone also features ‘Face Unlock’ which the company claims can unlock the device in just 0.4 seconds.

One of the most significant ways OnePlus has owned its space in the market is by not succumbing to the wireless charger trend.

The reason behind why many brands have switched to glass backs is to allow wireless charging to the smartphone, as metal doesn’t allow the luxury.

The latest iPhone smartphones are cases in point. Charging speeds wirelessly are slower and involve buying extra equipment and hardware. OnePlus prides itself on the dash charging innovation in its last few models.

Consumers echo this sentiment and understand its practical implications, especially for a phone with high-performance potential like the OnePlus 6.

A Business Insider piece explains this. The charger brick holds all the parts that could heat up while charging, making performance alone, not preservation, the phone’s priority.

This is particularly helpful when using the phone’s new Gaming Mode. It comes with performance optimisations and framerate restrictions.

OnePlus has also improved the phone’s download speed potential which now stands at a maximum of 1GB/second on this phone.

5. Thanos Demands you get a OnePlus – The Infinity Wars Edition 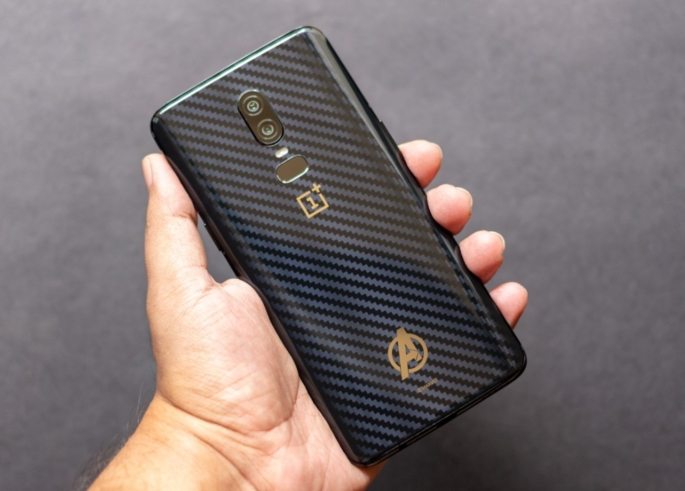 The OnePlus community is one of the most loyal smartphone communities in the world. However, next to the Marvel community, they don’t stand a chance.

Despite this, there is something that is bringing these two worlds together – the Infinity Wars special edition variant.

Don’t worry, it’s not like the Stars Wars OnePlus 5T which just had Star Wars on the back. This is a meaty Kevlar-style patterned phone with the gold Avengers emblem at the match. 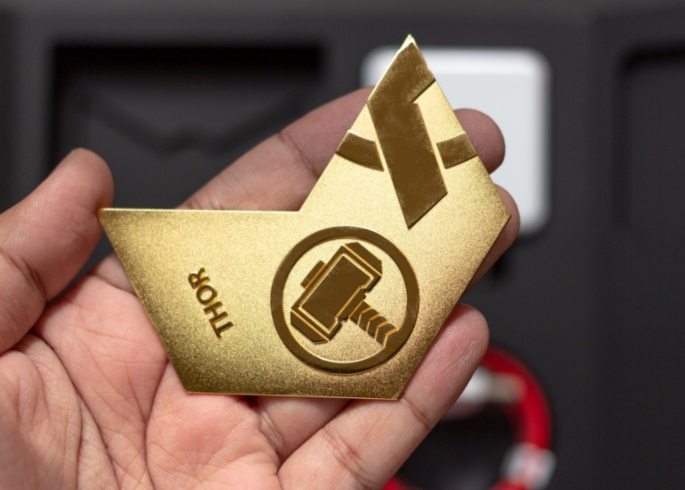 Tony Stark and RDJ fans also have the option of an official case shaped like Iron Man’s helmet. This edition only comes with the 8GB Ram-256GB storage package.

Interestingly, the Mumbai launch was the source of the announcement. Thus, it’s safe to assume that anyone there will be queueing up to make one their own once the release date is made public. It is priced at around £490.

While the Star Wars variant in itself was a little disappointing, the packaging did have a fun puzzle and some easter eggs packed in with the phone. Yet, we don’t see that with the Avengers edition.

GSM Arena’s report on the edition hints at a gold coloured metal medal with the OnePlus and the Avengers logo on it. The medal also bears the name and logo of one of the Avengers.

Each medal has a part of the Avengers logo which completes the unit’s symbol when put together with the names of the other Avengers. Quite the incentive to get your families and friends to invest, isn’t it?

Verdict: If You Have the 5T, Don’t Jump the Gun Yet

The launch also saw several key announcements for the brand itself, particularly in India. The product launch of their wireless headphone range also took place for the OnePlus Bullets Wireless headphones, priced at £69.

Project Treble, that makes OnePlus one of the early recipients of Google software innovations, was another big name that will be supporting OnePlus. They also announced a new initiative for Indian students, which we should hear more about in the coming days.

Moreover, the company will open five new stores in the country, a healthy sign of their popularity. They will be opening the doors to offline dominance.

However, now is the time to focus on the phone. Several cities across the world will see them going out on sale tomorrow whilst the UK has to wait until Tuesday 22nd May 2018.

It’s heartening to see OnePlus stick to its strengths. The phone’s starting price stands at £469 and is selling through O2 and Amazon as well as their official website.

Their pricing still makes them hot favourites considering every other phone in the market with the same specs can easily cost £300 pounds more than OnePlus’ starting price.

However, as smoothly as the OnePlus 6 tries to fix the 5T’s shortcomings, it’s not drastically different from the latter. If you have the 5T, you can afford to wait for the next potentially competition-destroying model the Chinese manufacturer will roll out.

If not, switch now!