Nora Fatehi Slapped Co-Star who Misbehaved with Her

On ‘The Kapil Sharma Show’, Nora Fatehi revealed that she got into a physical fight with a male co-star who misbehaved with her.

"We ended up having a big fight.”

Nora Fatehi recalled an incident where she got into a fight with a male co-star.

She made the revelation on The Kapil Sharma Show.

Nora explained that she had been working on a Bengali film and one of her co-stars misbehaved with her.

Laughing about the situation, she said: “Once I was shooting in Bangladesh and the actor misbehaved with me.”

This made her feel uncomfortable and in response, she slapped him. This resulted in the altercation turning physical.

Nora continued: “I slapped him and he slapped me back. I slapped him again and he pulled my hair. We ended up having a big fight.”

It became so heated that the director had to intervene.

Social media users wondered who Nora Fatehi was talking about.

One asked: “But who was the actor?”

Having a guess as to who the actor was, another said:

Umair Sandhu, a film critic, claimed that Bhushan Kumar and Nora Fatehi have been dating for the past two years.

He added that Divya Khosla Kumar, Bhushan Kumar’s wife, is aware of this and reportedly has no issue with it.

The tweet read: “Officially confirmed, #NoraFatehi is having affair with T-Series owner Bhushan Kumar for the last 2 years and his wife also know it very well.

“But she has no problem with all that. Paisa Sub Kuch Hai.”

However, as soon as the tweet began surfacing online, well-known film critic Kamaal R Khan (KRK) spoke out by denying these rumours.

In his reply, KRK told Umair that he shouldn’t speak ill of a well-known individual. He said:

“You should not say such things about a reputable person like #BhushanKumar.”

You should not say such things about a reputed person like #BhushanKumar! https://t.co/ixzWNyHONV

Nora Fatehi is one of the most well-known stars in the Indian entertainment industry.

Roar: Tigers of the Sundarbans, which was released in 2014, marked Nora’s debut in Hindi cinema.

Currently, Nora Fatehi is winning hearts with her duet with Ayushmann Khurrana on the song ‘Jehda Nasha’.

This song from the upcoming thriller An Action Hero by Anirudh Iyer shows their steamy chemistry.

‘Jehda Nasha’ is an adaptation of an earlier song by Amar Jalal with the same title.

It has risen to the top of the music charts in India, collecting over 24 million views on YouTube in only five days. 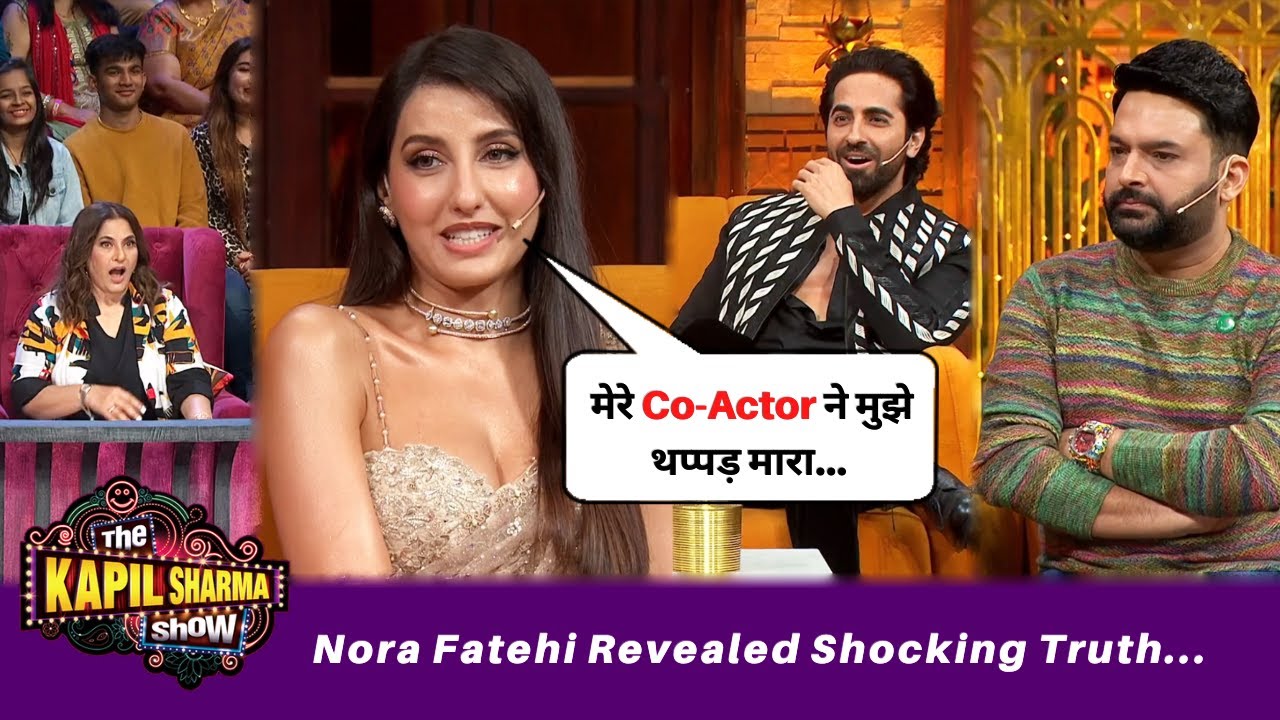 Ilsa is a digital marketeer and journalist. Her interests include politics, literature, religion and football. Her motto is “Give people their flowers whilst they’re still around to smell them.”
Hansika Motwani to See Northern Lights on Honeymoon?
Suneel Darshan says he was ‘Fooled’ by Sunny Deol