Pakistani Man Slapped by Woman on Bus for Touching Her

A video showed a Pakistani man being slapped by a woman on a bus after he was inappropriately touching her. The video has gone viral.

"So proud of that girl who slapped an old bearded man"

A Pakistani man was constantly touching a woman while on a bus from Multan to Islamabad. However, the woman slapped him for sexually harassing her.

She also filmed him as she shouted at him. The video went viral on social media and prompted a number of different reactions.

The man had been touching the woman for nearly six hours. His actions only came to light after he tried to remove her dupatta and attempted to grab her.

In the video, the elderly man is seen apologising while the woman accused him of “constantly touching her back”.

The woman initially did not know that someone was touching her due to the “tingling feel” she gets in her back as a result of a herniated disc.

A friend of the woman explained that she was travelling alone on the bus and the man was sitting behind her.

The man repeatedly touched her but it was not felt by the woman until he tried to remove her dupatta. This led to the woman slapping him, knocking off his glasses.

The video of the incident went viral and many praised the woman for standing up for herself and taking charge of the situation while also condemning the man for groping the young woman.

One user wrote: “This Hobbit was trying to touch this lady in a bus then she stood for herself alone & slapped this rascal.”

Another commented: “So proud of that girl who slapped an old bearded man in a public bus (enroute Multan to Islamabad) for inappropriately touching her and also for filming him.

“If you’re reading this girl, let me tell you YOU’RE FIERCELY AMAZING.”

However, some people on social media defended the Pakistani man and judged the woman for slapping him because he is much older than her.

One person called out those for sticking up for the man.

“These criminals should no longer be allowed to hide behind their beards and false piety.

“This lecherous old man tried assaulting and groped a woman on the Multan to Islamabad bus.”

“Shocked that the other men are protecting this uncle. They should have also slapped him.”

Though the woman defended herself, social media users noticed that none of the passengers did anything to help the woman.

“No man… I mean no man in the bus was Man Enough to slap him? Lady had to fight her case alone in public and everyone just minding their own business.”

Even though the incident prompted a mixed reaction on social media, the majority praised the woman for her actions.

Watch the Pakistani Man get Slapped for Touching the Woman 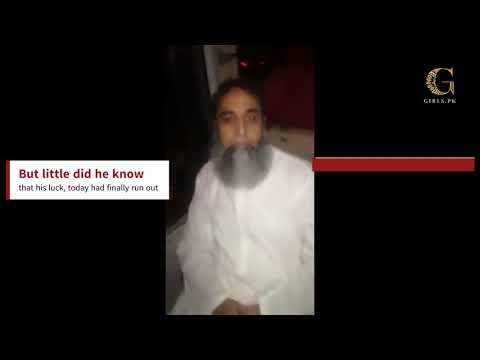 Dhiren is a journalism graduate with a passion for gaming, watching films and sports. He also enjoys cooking from time to time. His motto is to “Live life one day at a time.”
Indian Wife and Daughter poisoned by In-Laws
Aishwarya Rai denied Food & Thrown Out of Lalu’s House