Nia Sharma says she ‘Stopped Eating’ to have Flat Stomach

Nia Sharma opened up about her body image struggles, revealing that at times, she stops eating to achieve a flat stomach.

"I would sleep hungry, I was waking up hungry"

Nia Sharma said that when it comes to her body image, she has a “lot of issues” and is still dealing with them.

The TV actress even revealed that at times, she stops eating to look a certain way.

Nia explained that she has a tendency to bloat. She said it took a long time to make peace with the fact that she will not have a flat stomach all the time.

Speaking with Siddharth Kannan, Nia stated that while she does not hate her body, she struggles with her body image.

She said: “I stopped eating, man.

“When I say I stopped eating, it’s not even about a diet. I would sleep hungry, I was waking up hungry, I would go to the gym hungry.

“I would not even feel hungry, because I had lost my appetite.

“I just wanted to go so hard into that song, look so on-point. And I did, I was just looking at my belly and I was like, ‘Look at that’.” 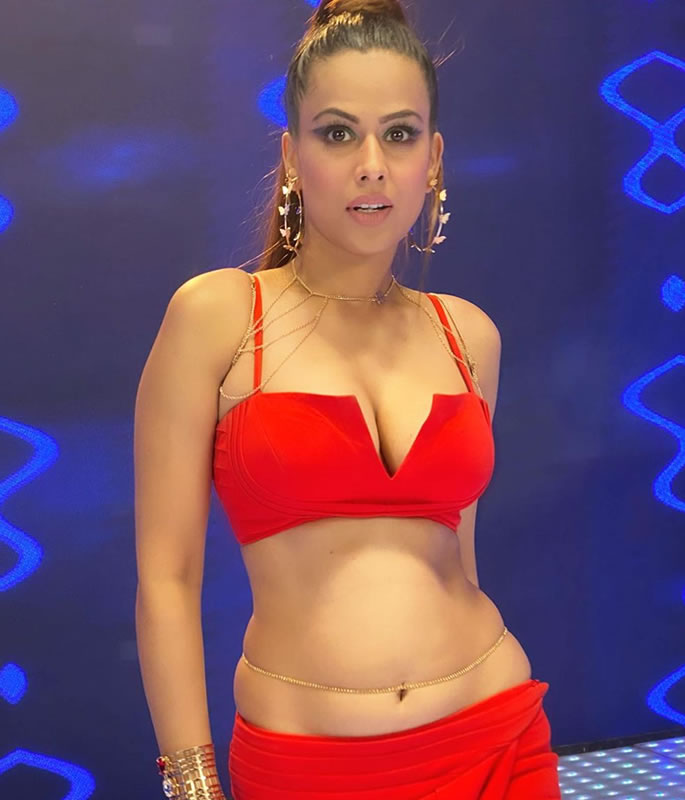 Nia went on to talk about her “bloating issues”.

She continued: “I am a very average-looking girl and I accept that, there is no harm in talking like that.

“Hate is a very strong word, there is nothing I would like to change in my body. I have bloating issues, I have phases or maybe not, maybe it was in my head that I was a girl who was thin all the time but it cannot happen.

“It took me years to come to terms with the fact that I cannot have a flat belly 365 days a year. It is not possible, I will eat, I will put water in my body, it will bloat.

“I have only these issues and sometimes, I can’t deal with them. I end up crying, I have meltdowns.”

On whether she still struggles with body image issues, Nia Sharma said she was “freaking out” and “shivering” before her new music video ‘Phoonk Le’.

Nia previously said that her bold outfits received criticism, revealing that her own friends slut-shamed her.

Nia made her TV debut with the show Kaali – Ek Agnipariksha.

She went on to act in the likes of Ek Hazaaron Mein Meri Behna Hai, Jamai Raja and Naagin 4: Bhagya Ka Zehreela Khel.

Dhiren is a journalism graduate with a passion for gaming, watching films and sports. He also enjoys cooking from time to time. His motto is to “Live life one day at a time.”
Man Threatens to Blow Up Shah Rukh Khan’s House
Imran Abbas says Sajal Aly is his “Dearest Friend”