Neha Dhupia and Angad Bedi took to social media to announce that they have welcomed their second child, a baby boy.

"Let's make it a memorable one for all 4 of us"

Neha Dhupia and Angad Bedi have announced that they have welcomed their second child, a baby boy.

Angad took to Instagram and shared the announcement alongside a picture from Neha’s maternity photoshoot.

“The almighty today blessed us with a baby boy.

“Both Neha and the baby are well. Mehr is ready to pass on the ‘baby’ title to the new arrival.

“Waheguru mehr kare. Neha Dhupia, thank you for being such a warrior through this journey.

“And well done for timing it perfectly between birthdays! Lots of love and blessings always!”

Soha’s post indicates that she was referring to the birthdays of Neha’s firstborn child Mehr and her own daughter Inaaya. 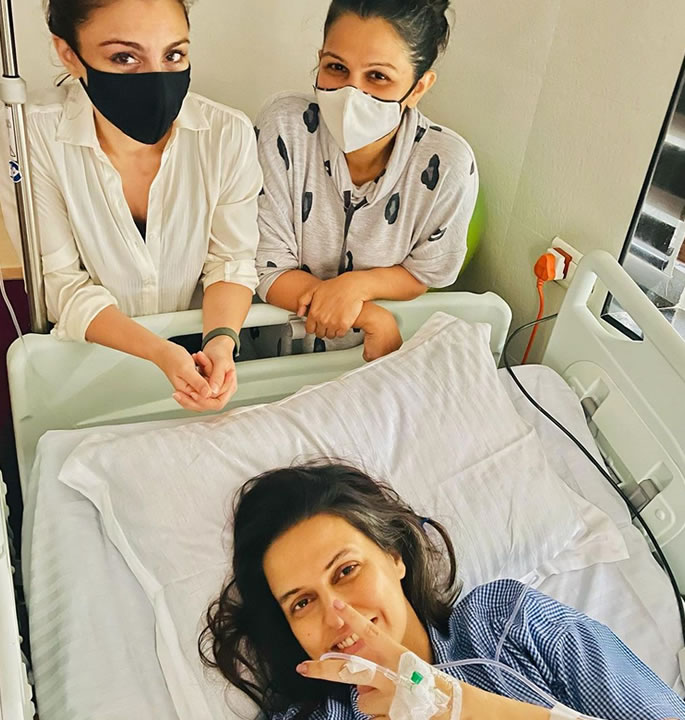 Hina Khan posted: “Congratulations to both of you…”

Previously, Neha revealed that her second pregnancy was more difficult than the first.

She had said: “Hard is an understatement.

“It was a lot that we went through. It’s always hard when someone around you gets Covid-19, and harder when you’re pregnant, but Angad was the one who helped me stay positive in that period.”

In another previous interview, she explained:

“They say the second pregnancy is easier. But that’s not been the case with me.”

“I have had an extreme amount of morning sickness.

Angad and Neha had announced that they would be expecting their second child in July 2021.

They wrote: “Took us 2 days to come with a caption… The best one we could think of was … Thank you, God.”

“Now, I feel that, with baby number two, our family will be complete.

“And it is a beautiful sight to return home from work to.

“Whether it is going to be a boy or a girl, we don’t know yet, but we are awaiting the newborn’s arrival to bring in a lot more joy and happiness.”

The couple are yet to reveal the name of their newborn son.

Dhiren is a journalism graduate with a passion for gaming, watching films and sports. He also enjoys cooking from time to time. His motto is to “Live life one day at a time.”
Shah Rukh Khan’s son Aryan detained by NCB
Naga Chaitanya & Samantha Akkineni announce Split