Young Neelam Gill has become the first British Asian to model for Burberry. Neelam is one of the few ethnic models to break into the mainstream fashion industry, and will be the new face of the Burberry Beauty Campaign.

"Thank you Burberry for always believing in me and embracing diversity!”

Neelam Gill has become the first British Indian model to front a campaign from the luxury British fashion company, Burberry.

She will star in the beauty campaign and fashion adverts following her successful catwalk debut in 2014 at London Fashion Week (LFW).

The 19 year old model hails from Coventry and changed her surname from Johal to Gill in 2012. She first featured in one of Burberry’s campaigns in February 2014, but then made her runway debut at Burberry’s Spring/Summer 14 show.

Starring in LFW, one of the biggest fashion events of the year, brought Neelam to the attention of the industry and the media worldwide. Neelam said: “It was one of the best experiences of my life so far and I’ll cherish those memories forever. 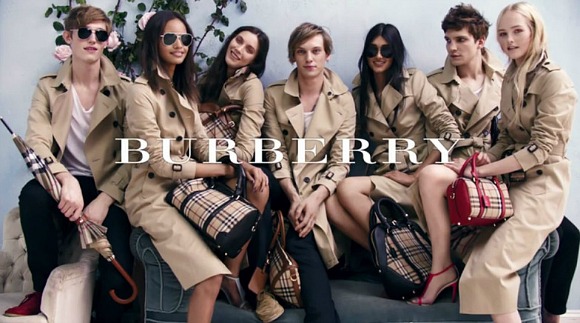 “I’m just so grateful I got to experience so much at such a young age, work with such an incredible team and I’m especially proud that I’m the first British Indian to model for the brand… That makes me feel happy and really privileged.”

Now Neelam is the new face of the popular British designer’s Beauty Campaign. Upon hearing the news of her success, Miss Gill took to Instagram to say:

“Honoured to be the first ever Indian Model used in a Burberry Beauty campaign. Thank you Burberry for always believing in me and embracing diversity!” 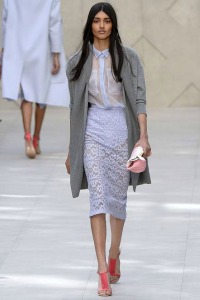 This has been seen as an important step within the fashion industry, which has been known to shy away from the use of Black, Asian and ethnic minorities in beauty campaigns.

Speaking about the fashion industry’s use of Indian models, Neelam said: “Before doing the [catwalk] show, it didn’t really cross my mind. But afterwards I went on Style.com and was looking through the pictures, and I realised that I was the only Indian model.”

Whilst Indian Supermodels like Lakshmi Menon and Ujjwala Raut have enjoyed great success in the West, there have been very few Indian models to break into the industry as a whole.

But with the rise of British Asians seeking modelling jobs, we could see more ethnic faces appearing on our favourite magazine spreads.

It is hoped that Neelam’s success will lead the way for many other aspiring Indian and British Asian models. In the meantime, she is following in the footsteps of British supermodels like Cara Delevingne and Jourdan Dunn, who alongside other British beauty’s have had their careers launched by Burberry. Neelam says:

“Fashion reaches all different ethnicities, and the market is so wide now that customers truly aren’t going to be just one skin tone.”

“I’m really happy that I’m working for a company that embraces diversity, especially because Burberry’s a British brand and they realise that being British doesn’t just mean being white.”

Neelam admits that breaking out into the competitive fashion industry took a lot of hard work and dedication on her part. Neelam says: “I practised literally every day after I got cast. I would go out to my garden in these Burberry shoes and get my mom to record me on my iPhone.” 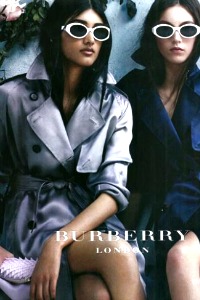 Apart from her keen focus on modelling, Neelam also loves cooking and is an avid reader. Before finding herself scooped up by Burberry, she planned on studying Psychology at University.

She has since appeared on the pages of major fashion magazines such as Vogue Italia and featured by Teen Vogue.

Reactions from the Asian community have been extremely positive, and Neelam adds that her Twitter fans are extremely proud of her and are eager to see where her glamorous new career takes her next.

Neelam adds: “The first time I saw the campaign, I went with my best friend to the Knightsbridge store, the Bond Street store and the flagship on Regent Street.

“We took so many pictures of it because I wanted to treasure it forever. It’s so surreal.”

Her success is inspiring for young models everywhere, particularly for those British Asians looking for a grounded role mode. With the Burberry Beauty Campaign soon launching, the next year of Neelam’s career is set to be an exciting one.

Rachael is a Classical Civilisation graduate who loves to write, travel and enjoy the arts. She aspires to experience as many different cultures as she can. Her motto is: “Worry is a misuse of imagination.”
5 Healthy Drinks for Weight Loss
Nail Polish to detect Date Rape Drugs