Actress Nayanthara married filmmaker Vignesh Shivan married in Chennai in what was a star-studded wedding ceremony.

"Excited to see you walking up the aisle in a few hours!"

Nayanthara and Vignesh Shivan married on June 9, 2022, in a ceremony that had many high-profile guests.

The pair, who are predominantly known for their work in Tamil cinema, married in Mahabalipuram at the Four Points by Sheraton Mahabalipuram Resort and Convention Centre.

Hours before the wedding, Vignesh posted:

“Today is June 9th and it is Nayan’s.

“Thanking God, the universe, the goodwill from all the lovely human beings who have crossed my life…

“Now, It’s all dedicated to the love of my life! Nayanthara! My Thangamey! Excited to see you walking up the aisle in a few hours!

“Praying God for all the goodness and looking forward to starting a new chapter officially in front of our beloved family and the best of friends.”

The wedding was reportedly a private event, with just family and close friends attending. 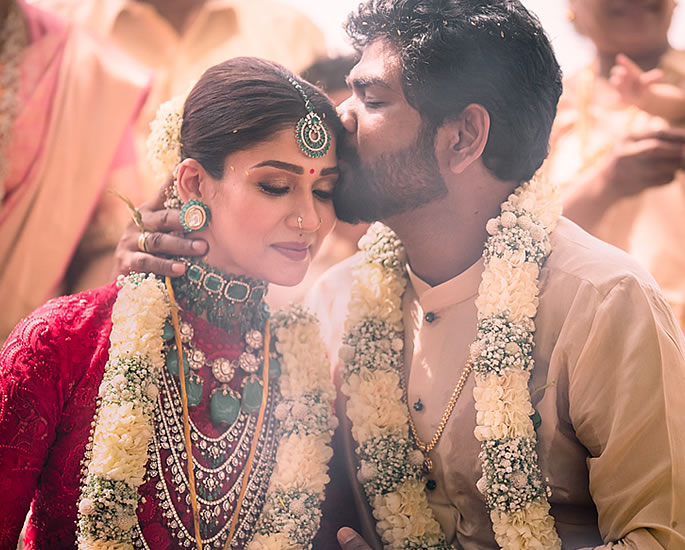 Nayanthara wore a red saree by the brand, Jade By Monica. She also wore a pair of jhumkas, stacked bangles, a nose ring and a maang tikka.

In the picture, he is seen planting a kiss on his bride’s forehead. 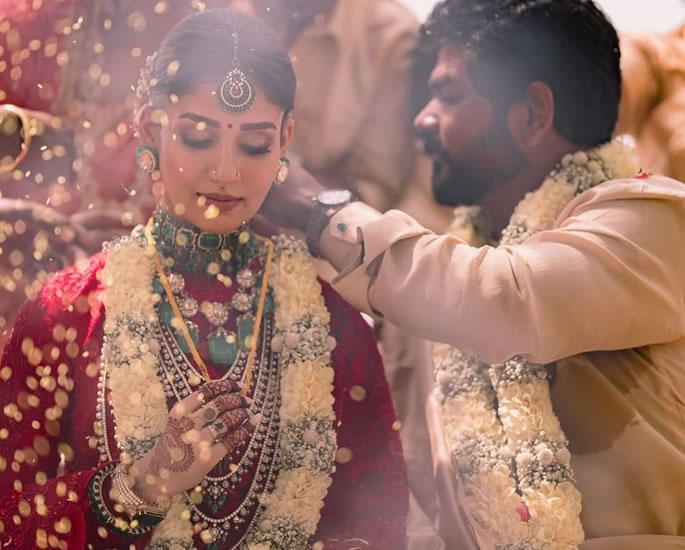 The couple first worked together in the 2015 film Naanum Rowdy Dhaan, which was directed by Vignesh and also starred Vijay Sethupathi.

It was reported that since then, they have been in a relationship.

Since being together, they have frequently shared glimpses of their holidays and trips on social media.

The couple made the news about their engagement public when Nayanthara revealed in a television interview in 2021 that they were engaged. 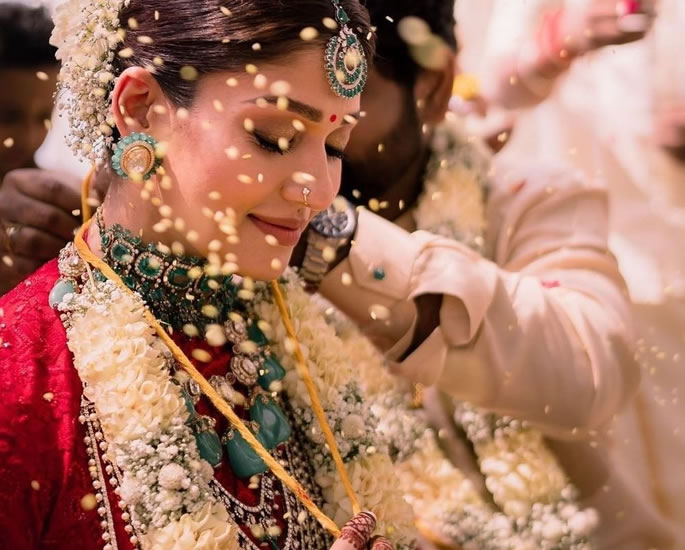 The wedding was originally set to be held at Tirupati, but due to logistic issues, the couple were unable to do so.

Although the wedding was a low-key ceremony, it was a star-studded affair.

Among those was Shah Rukh Khan, who attended with his manager Pooja Dadlani. The pair were pictured with filmmaker Atlee. 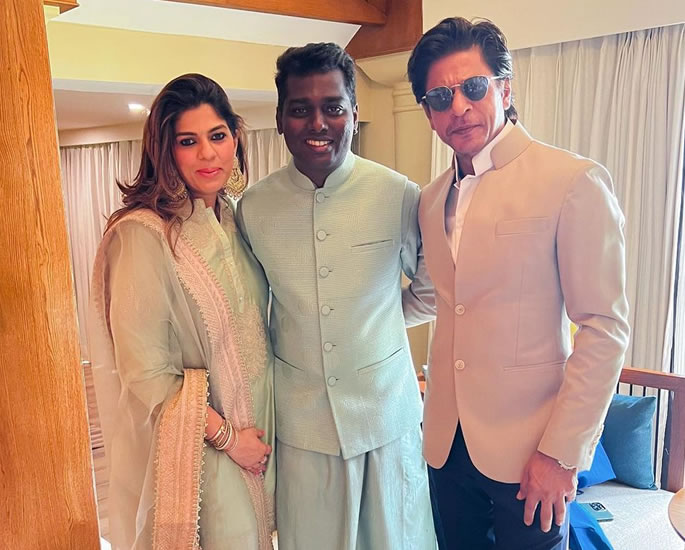 Atlee and Shah Rukh will work together on Jawan, which also stars Nayanthara.

Rajinikanth was one of the first guests to attend the wedding.

He and Nayanthara recently starred together in the 2021 film Annaatthe.

It is reported that the couple have booked over 100 rooms to accommodate their guests.

On the work front, Nayanthara was last seen in Kaathu Vaakula Rendu Kaadhal, which was directed by Vignesh Shivan.

She will make her Bollywood debut in 2023 with Jawan.

Dhiren is a journalism graduate with a passion for gaming, watching films and sports. He also enjoys cooking from time to time. His motto is to “Live life one day at a time.”
Aamir Khan to Host ‘Laal Singh Chaddha’ screening for Tom Hanks
Aamir Liaquat found Dead at Home in Karachi