Supermodel Mushk Kaleem tied the knot with her long-term boyfriend Nadir Zia. The newlyweds shared photos from their wedding on Instagram.

The couple coordinated their outfits.

Mushk Kaleem and Nadir Zia tied the knot in Karachi on December 15, 2021.

Following the intimate ceremony, the couple shared the first photos from their wedding.

Mushk Kaleem looked stunning in a Maria B white front open dress which she paired with a lace veil and statement earrings.

The model later changed into an Ali Xeeshan bright fuchsia lehenga choli for the mehndi ceremony.

She accessorised her look with a gold nose ring and thick choker.

The couple coordinated their outfits for their Nikkah ceremony.

The first in the line of the wedding events was an intimate bridal shower.

Mushk shared a carousel of photos from the bridal shower party which was held on December 5, 2021. 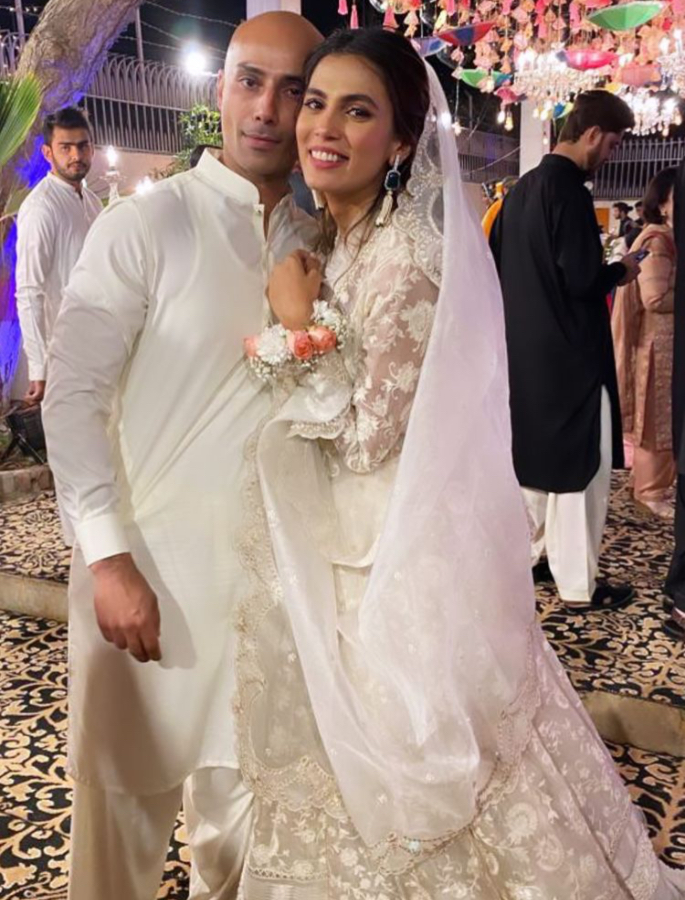 Many models and celebrities were spotted at the wedding ceremony including models Fouzia Aman and Sachal Afzal.

The fashion model turned to Instagram on November 24, 2021, to share a picture of her wedding card which marked the dates of the big day.

In the caption, Mushk wrote:

“Alhumdullillah. Twenty days to go! The countdown has begun.”

Mushk revealed that her Nikkah ceremony would be held on December 15, 2021.

Earlier in the same day, Mushk had shared a loved-up photo with Nadir on Instagram.

The model hinted at their wedding in the caption.

Alongside the thread of photos, Mushk wrote: “Should we tell ‘em?”

Celebrities including Minal Khan, Aiman Khan, Maria B, Anoushay Ashraf and many others took to the comments section to congratulate the model. 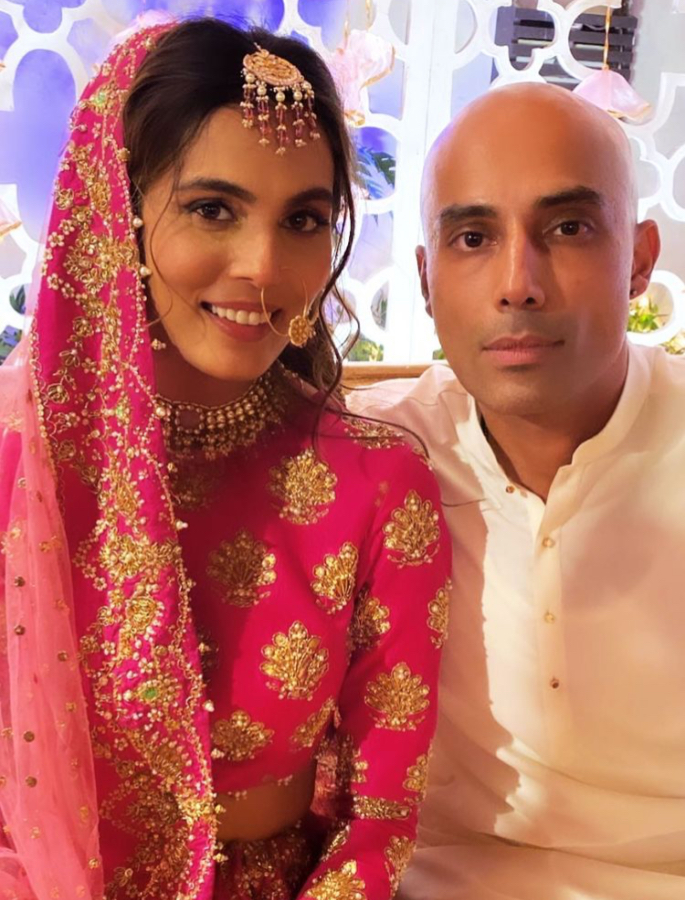 Mushk Kaleem is an extremely talented Pakistani model who has worked with several high-end fashion brands and recently won the Best Female Model award at the 20th Lux Style Awards.

Mushk is also the owner of a scented soy candle line called Mushk.

In November 2021, she spoke about her career as a fashion model.

“Today, models make a lot of money if they work hard and build strong professional ties.

“I’m proud to regularly be featured in some of Pakistan’s most high-profile campaigns, working with designers who put a lot of effort into the creative process and don’t resort to mediocrity.

“I have had to work hard in order to earn their respect.”

Ravinder is a Journalism BA graduate. She has a strong passion for all things fashion, beauty, and lifestyle. She also likes to watch films, read books and travel.
Iconic Bollywood Celebrity Fashion Moments 2021
Priyanka Chopra shimmers in Luminous Strapless Gown