Over one billion of us actively use social media every month. DESIblitz presents the top 11 most followed Indian athletes on Instagram.

He is the second-youngest player ever to captain India.

Instagram is currently the most busily utilised social media application.

Indian athletes have millions of fans from all over the world, and they continue to achieve more and more every day.

Most of this list consists of cricketers but tennis and badminton players also feature.

Top of the cricket list is Virat Kohli at 214 million while MS Dhoni is a distant second with 39.5 million followers.

So, without further delay let’s go ahead and check out the top 11 most followed Indian athletes on Instagram. 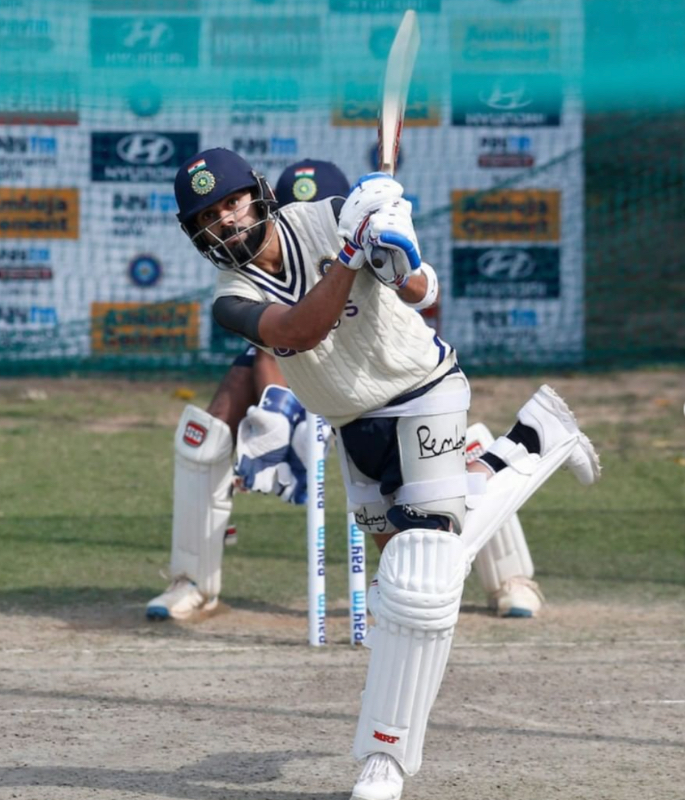 Virat Kohli is one of the most popular Indian athletes on Instagram.

Virat plays for Delhi in domestic cricket and Royal Challengers Bangalore in the Indian Premier League as a right-handed batsman.

Between 2013 and 2022, he captained the India cricket team in 213 matches across all three formats.

With 40 wins out of 68 matches, Virat Kohli is one of the most successful Indian Test captains. 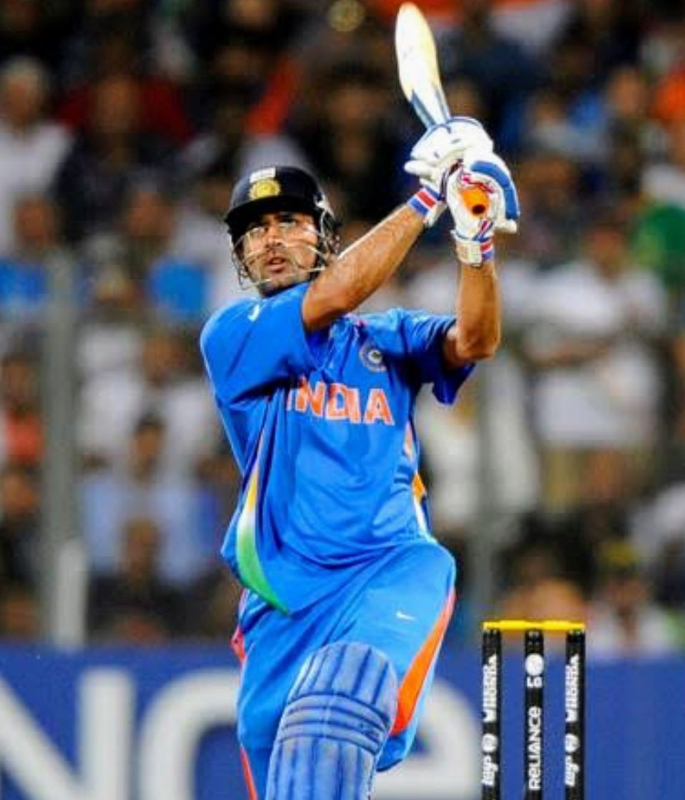 Mahendra Singh Dhoni, who was captain of the Indian national cricket team in limited-overs formats from 2007 to 2017 and in Test cricket from 2008 to 2014, has 39.5 million Instagram followers.

He is a right-handed wicket-keeper batsman.

India also won ICC Test Championship Mace two times in 2010, and 2011 and ICC ODI Shield for one time in 2013 under his leadership.

He is considered one of the greatest Captains and Wicket Keeper-Batsmen of all time.

Throughout his 15-year-long international career, MS Dhoni has won several awards and accolades. 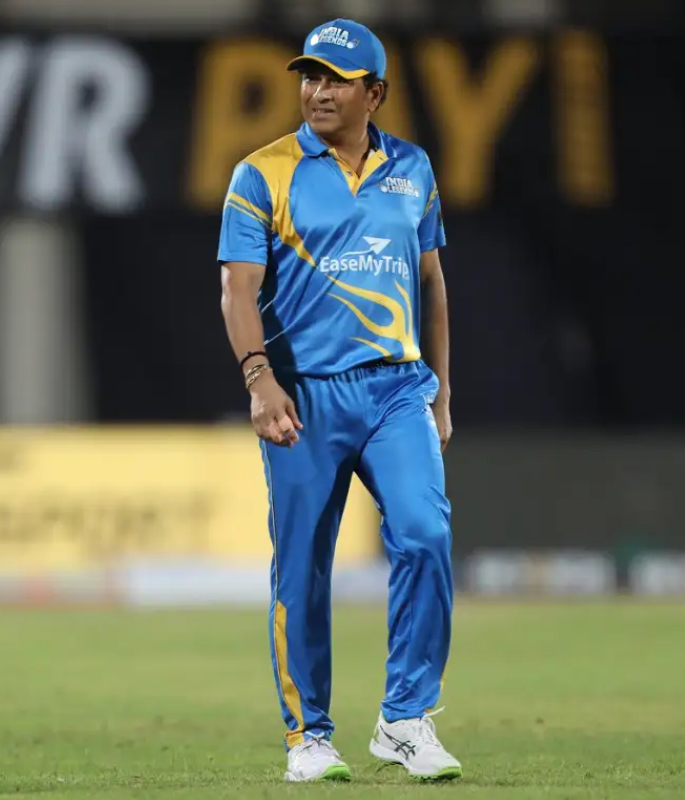 Sachin Tendulkar occupies the third spot in this list of the most followed Indian athletes on Instagram in 2022.

The former international cricketer who captained the Indian national team has a whopping 36 million followers on the app.

He is regarded as one of the greatest batsmen in the history of cricket.

He is the all-time highest run-scorer in both ODI and Test Format with more than 18000 runs and 15000 runs respectively in total.

Sachin Tendulkar also holds the record for receiving most Man-of-the-match awards in International Cricket in all forms combined.

He is sometimes referred to as ‘The God of Cricket’ in India. 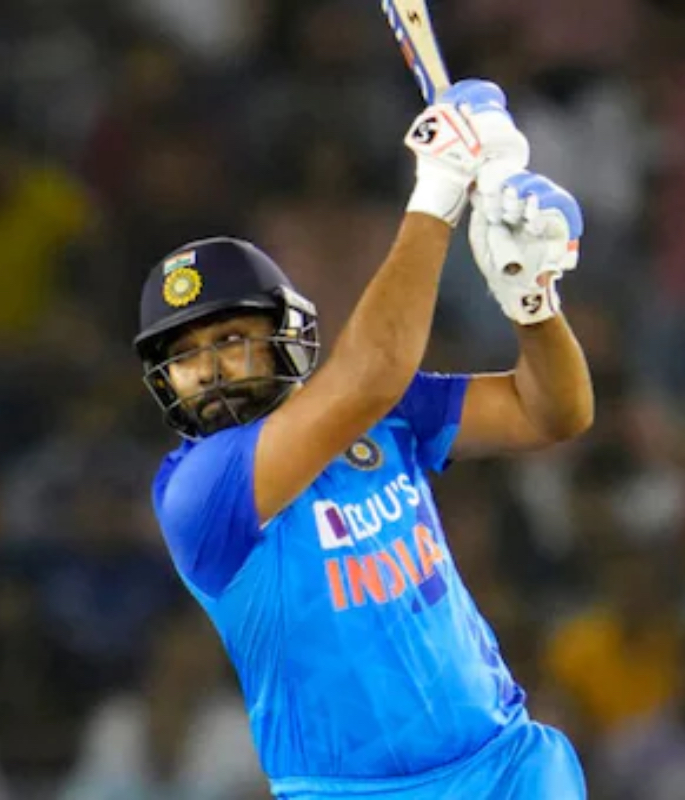 Rohit Sharma, who is the current captain of the Indian national cricket team, has 25.1 million followers on Instagram.

In the Indian Premier League, he captains Mumbai Indians and is a right-handed opening batsman and an occasional right-arm break bowler.

He plays for Mumbai in domestic cricket. In the IPL, the Mumbai Indians have won the tournament a record five times under his leadership.

Outside cricket, Sharma is an active supporter of animal welfare campaigns including WWF-India and People for the Ethical Treatment of Animals (PETA). 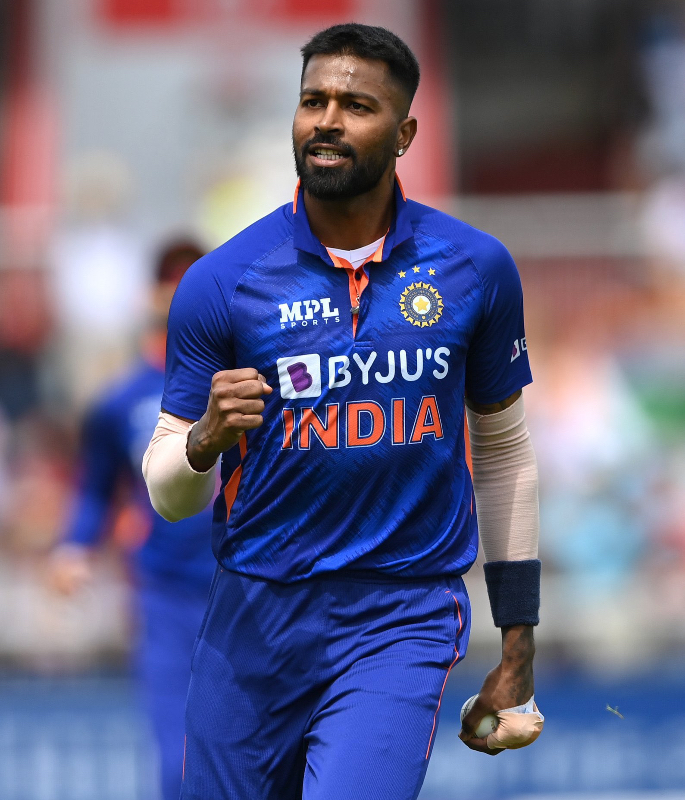 Hardik Pandya is yet another incredibly popular Indian athlete.

He currently captains the newly debuted franchise Gujarat Titans in the Indian Premier League (IPL) and led them to their maiden IPL title in the 2022 edition.

He is an all-rounder who bats right-handed and bowls right-arm fast-medium. 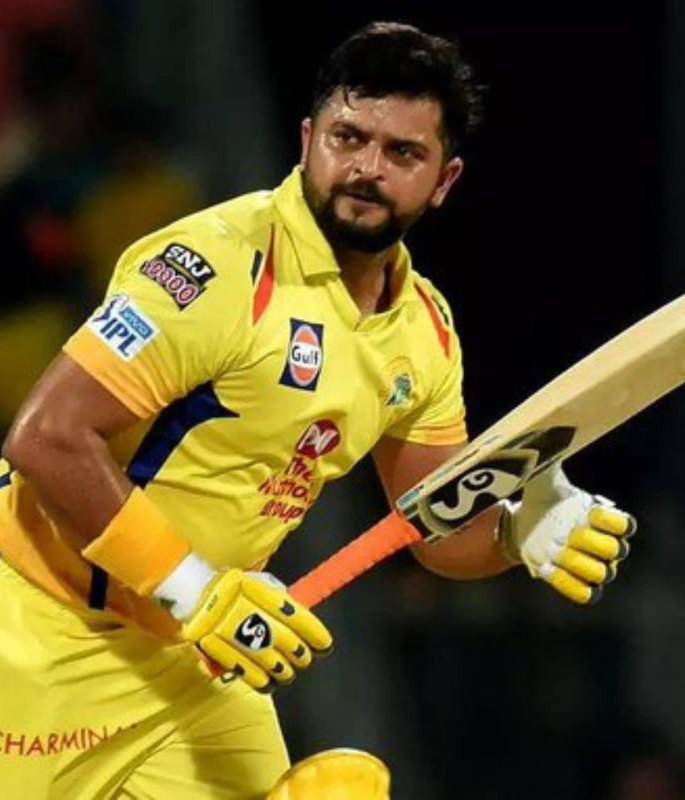 He occasionally served as stand-in captain for the Indian men’s national cricket team during the absence of the main captain. He played for Uttar Pradesh (UP) in the domestic cricket circuit.

He is an aggressive left-handed middle-order batsman and an occasional off-spin bowler.

He is the second-youngest player ever to captain India. He was the captain of Gujarat Lions in the Indian Premier League (IPL), and he also served as vice-captain of the Chennai Super Kings.

He is the first Indian batsman to hit a century in all three formats of international cricket. 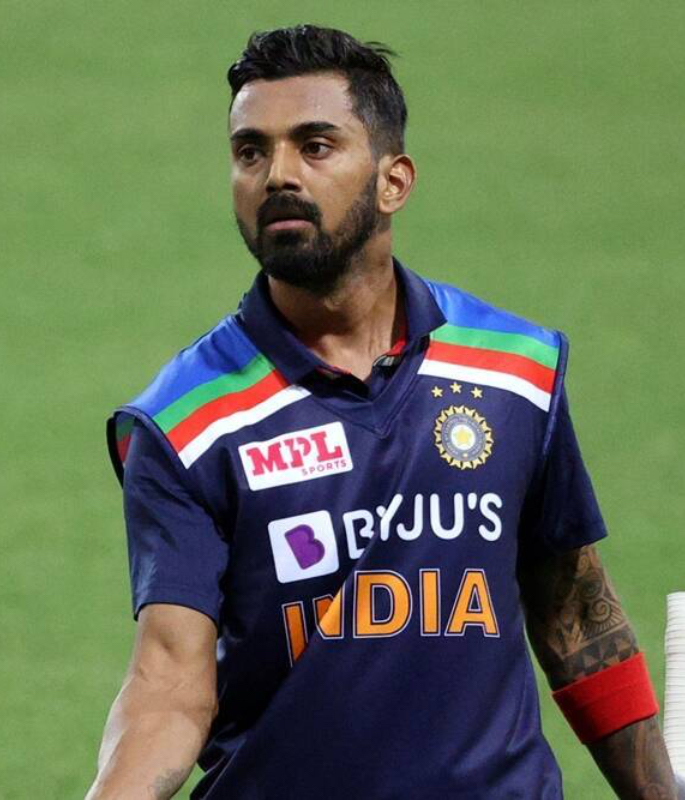 KL Rahul is an Indian cricketer who currently is the vice-captain of the Indian national team in all formats.

He plays for Karnataka in domestic cricket. He is the current captain of Lucknow Super Giants in the Indian Premier League.

In the second test against South Africa in January 2022, KL Rahul captained India for the first time in test cricket and became the 34th Test captain of India.

He also captained the T20I team for a match as a stand-in captain in the Asia Cup 2022. 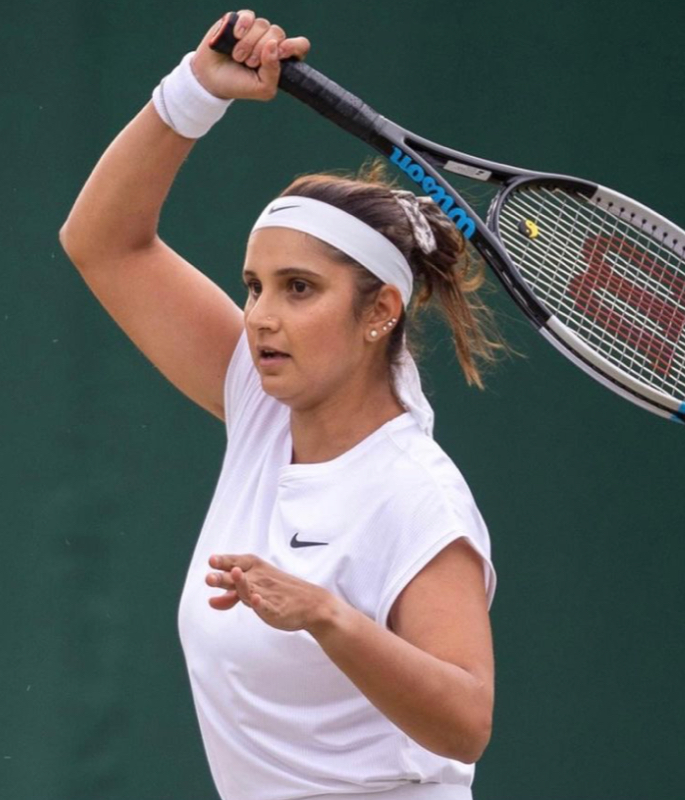 A former doubles world No. 1, she has won six major titles – three in women’s doubles and three in mixed doubles.

From 2003 until she retired from singles in 2013, Sania Mirza was ranked by the Women’s Tennis Association as the Indian No. 1 in singles.

On April 12, 2010, she married Pakistani cricketer Shoaib Malik in a traditional Hyderabadi Muslim wedding ceremony at the Taj Krishna Hotel in Hyderabad.

The couple announced their first pregnancy on social media on April 23, 2018.

In October 2018, Shoaib Malik announced on Twitter that Sania Mirza had delivered a baby boy and named him Izhaan Mirza Malik. 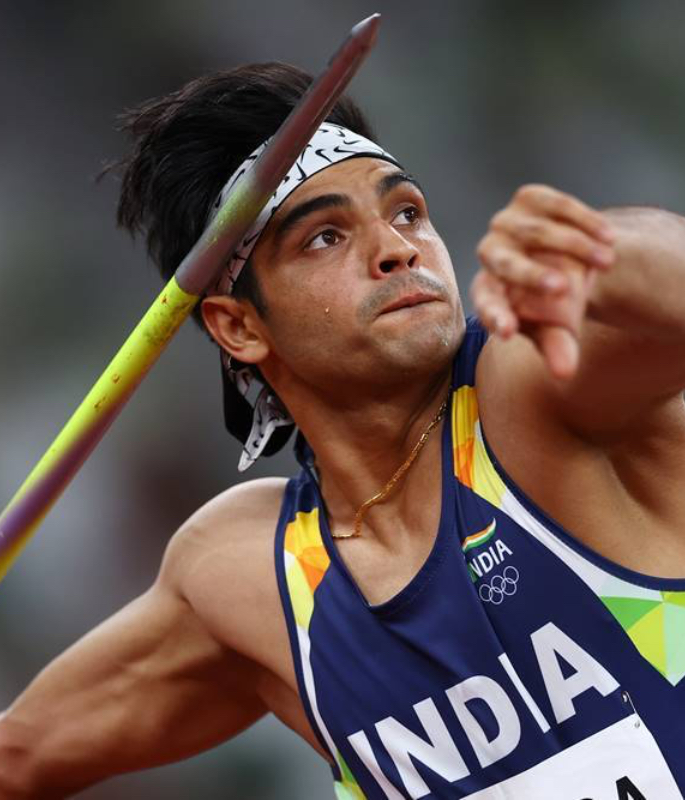 Neeraj Chopra is a track and field athlete from India and the reigning Olympic champion, World championship silver medallist, and Diamond League champion in the javelin throw.

He is the first Asian athlete to win an Olympic gold medal in the men’s javelin throw.

A Junior Commissioned Officer (JCO) in the Indian Army, Neeraj Chopra is the first track and field athlete to win a gold medal for India at the Olympics. 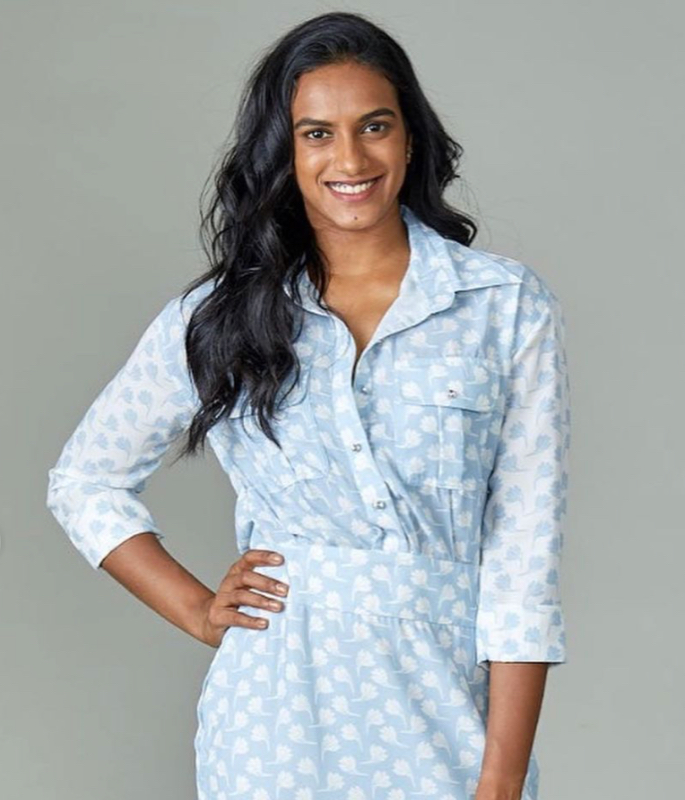 PV Sindhu is an Indian badminton player. Considered one of India’s most successful sportspersons, she has 3.4 million Instagram followers.

PV Sindhu has won medals at various tournaments such as the Olympics and on the BWF circuit, including a gold at the 2019 World Championships.

She is the first and only Indian to become the badminton world champion and only the second individual athlete from India to win two consecutive medals at the Olympic Games. 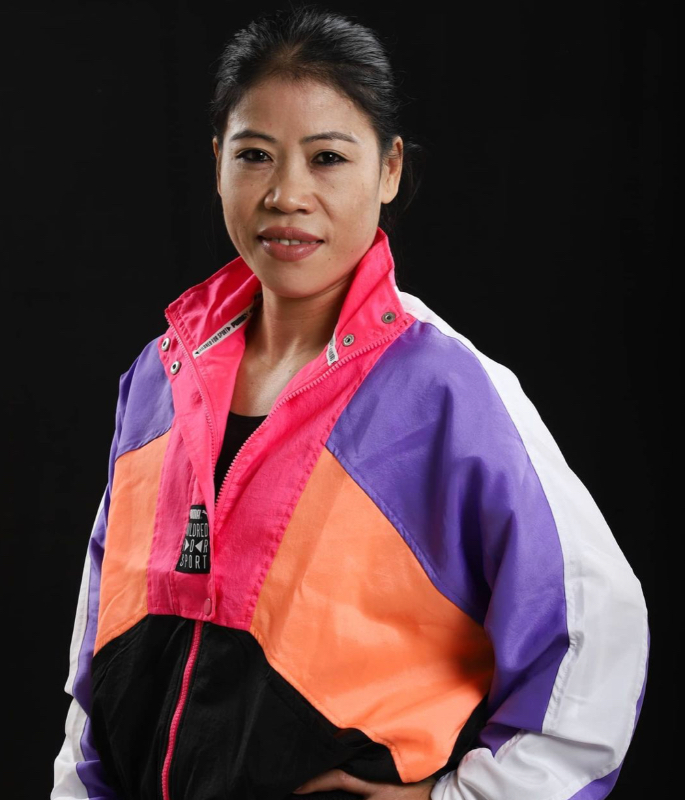 She is the only Indian female boxer to have qualified for the 2012 Summer Olympics.

There are billions of sports fans around the world and as over one billion of us actively use Instagram every month, there is a huge opportunity for fans to get closer to their favourite athletes.