In an upcoming documentary, Michael Douglas and Catherine Zeta-Jones explore Mumbai and speak about their love for India.

“We feel like we have been adopted by India."

Hollywood couple Michael Douglas and Catherine Zeta-Jones are the subjects of an upcoming documentary in which they visit India.

The 60-minute feature is directed by Shailendra Singh and it is titled Michael Douglas & Catherine Zeta-Jones in Unplugged In Mumbai.

The film follows the couple’s adventures in India as they visit the Gateway of India, Dhobi Ghat and Babulnath Temple.

Shailendra shared the trailer and it began with a view of Mumbai’s skyline before moving on to other landmarks in the city.

In the trailer, Michael says: “So several years ago I came to India to scout for a movie.

“I was thinking about doing a sequel to Romancing The Stone (1984).”

“I am a big Bollywood fan.”

Among other throwback pictures, Shailendra poses with Michael and Aishwarya Rai.

In the trailer, Michael addresses his wife, asking her to visit Mumbai with him, telling her that he has a “little surprise” for her.

In addition to visiting landmarks, the couple renewed their marriage vows in a traditional Hindu ceremony.

“We feel like we have been adopted by India.

“We’ve just had the best time there. It’s such an immense, diverse country. We’ve only seen a tiny bit of it.”

Shailendra Singh and Michael Douglas have been friends for more than 15 years and speaking about the project, Shailendra said:

“I have always wanted to tell stories in formats which are fresh and interesting to view for the audience.

“While feature films have a charm of their own, documentary filmmaking lends a certain realism that is not only difficult to capture but also present in an alluring manner.

“With the Unplugged series, the idea is to create content that appeals to a cross-section of people with diverse interests in art, cinema, music, dance and the like.

“When my dear friends Michael and Catherine visited me in Mumbai, I jumped at the opportunity of capturing their visit to give their fans a view into their world.” 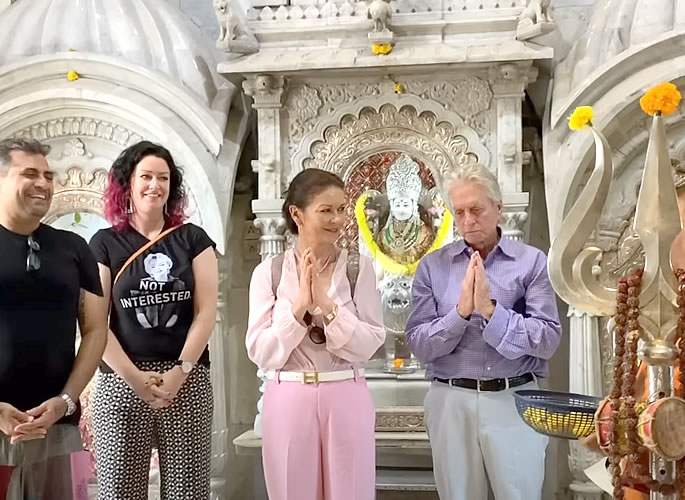 “Catherine and I feel a deep connection to India and this visit to see Shailendra was incredibly inspiring.”

“I’ve always been amazed at Shailendra’s energy and ability to bring any story to life. He’s captured our adventure most incredibly.”

Catherine added: “Shailendra has such excitement and pride for his country.

“He’s just a great human being and citizen of the planet.”

Unplugged In Mumbai is the second of Shailendra’s Unplugged documentary series. His first focused on renowned ballet dancer Sergei Polunin.

It will release on Shailendra’s YouTube channel, Shailendra Singh Films, on July 15, 2022. 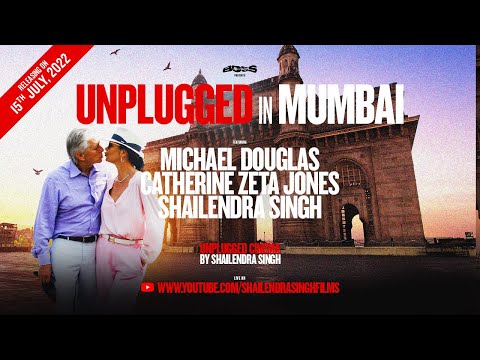 Dhiren is a journalism graduate with a passion for gaming, watching films and sports. He also enjoys cooking from time to time. His motto is to “Live life one day at a time.”
Sonakshi Sinha opens up on Marriage Speculation
KRK claims ‘Laal Singh Chaddha’ will ‘Finish’ Aamir’s Career