Man with Headaches later found to have Rare Brain Tumour

A man from Leeds was told by doctors that he was suffering from headaches. He later found out he had a rare brain tumour.

"The past few months have been very distressing"

A father-of-two from Leeds discovered he had a rare brain tumour after doctors previously diagnosed him with tension headaches.

Amanpul Uppal, known as Pali, was told he had a highly aggressive cancerous tumour earlier in 2021.

They are now hoping to raise money for an expensive trial drug and immunotherapy in Germany that may be able to help the 35-year-old.

“Pali is our world, he is the rock of our family as a father, husband, son, brother and dear friend to so many.

“He has a heart of gold and never fails to put others before himself, he is our inspiration every day, we are so proud of him.

“The past few months have been very distressing for Pali’s family and friends.

“It has become challenging for us to see our beloved Pali endure weeks of radiotherapy and the side effects that have followed.

“It’s been a hard journey for the last few months. It’s devastating. He’s 35 and he has a young family.

“He’s my younger brother, but we’re all young – it’s been a big shock.”

After visiting his GP in May 2021, he was referred to the Leeds General Infirmary (LGI) for blood tests and a CT scan.

But when he visited, Pali was diagnosed with tension headaches, without receiving a scan or blood tests.

His family remained concerned and urged Pali to seek a private scan. 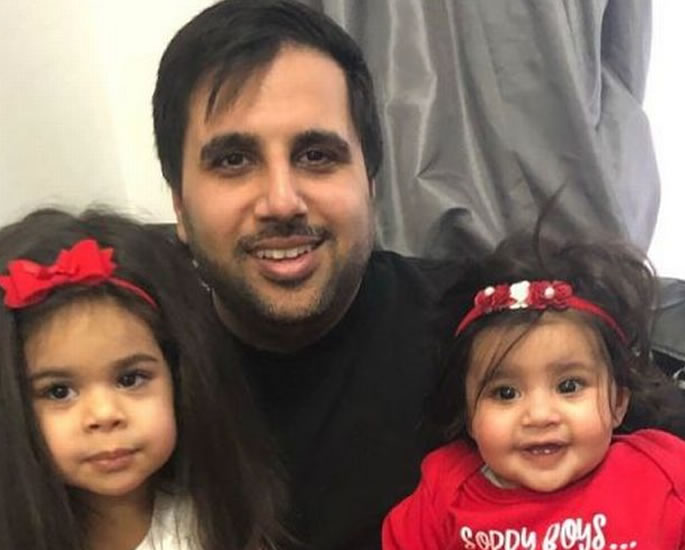 Afterwards, Pali was rushed back to LGI for surgery to drain the fluid on his brain and complete a biopsy.

The next week, Pali was told he had a brain tumour, later labelled as a Stage 4 Diffuse Midline Glioma.

Pali and his family were told that it was aggressive and currently inoperable.

At the end of June 2021, Pali started three weeks of advanced radiotherapy.

Kiren told Leeds Live: “Those 3 weeks were the most gruelling any of us have ever experienced and the effects of radiotherapy have hit Pali hard.”

After research, Pali and his family were told that trial drug ONC201 could be the most effective treatment for his brain tumour as well as an immunotherapy treatment in Germany.

But Kiren said they were told ONC201 could not be funded by the NHS.

ONC201 costs £5,000 a month and must be used long-term to be effective. Immunotherapy in Germany could cost around £60,000 per treatment.

Kiren continued: “We’ll do anything we can for him. We’re going to get him the treatment no matter what.

“But there’s so many people out there who won’t be able to do this.

“It’s a heart-breaking and emotional journey, but we’re doing anything and everything we can.”

“We are sorry to hear about Mr Uppal’s experience.

“We always strive to deliver the highest quality care and to find ways to improve our services through patient feedback.

“If Mr Uppal and his family would like to contact our Patient Advice and Liaison Service we can work with them to address their concerns.”

Dhiren is a journalism graduate with a passion for gaming, watching films and sports. He also enjoys cooking from time to time. His motto is to “Live life one day at a time.”
Criminal jailed for running Heroin Empire from his own Home
Man stole Electricity worth £32k for Bitcoin Mining Machines