One of the main gunmen involved in the Sidhu Moose Wala shooting, along with an associate, has been arrested.

“Sirsa fired with both his hands"

An 18-year-old man described by police as the “main shooter” in the Sidhu Moose Wala murder has been arrested.

Ankit Sirsa was arrested at a bus terminal in Delhi.

It was reported that Sirsa shot the singer at close range, firing six bullets.

Sirsa, of Sonipat, Haryana, is accused of two other attempted murder cases in Rajasthan. It was reported that is the youngest of the gunmen.

“Sirsa fired with both his hands and from the closest range at Sidhu Moose Wala.”

Police said Sirsa was the “most desperate” out of the gunmen.

He allegedly received instructions from gangster Goldy Brar to kill Sidhu Moose Wala a day before the shooting on May 29, 2022.

Both men are believed to be part of the Lawrence Bishnoi gang.

According to officers, Bhiwani was responsible for handling all of the gang’s operations in Rajasthan.

In June 2022, police said the three people who had been arrested in connection with Sidhu Moose Wala’s murder were carrying high explosive grenades and an assault rifle. 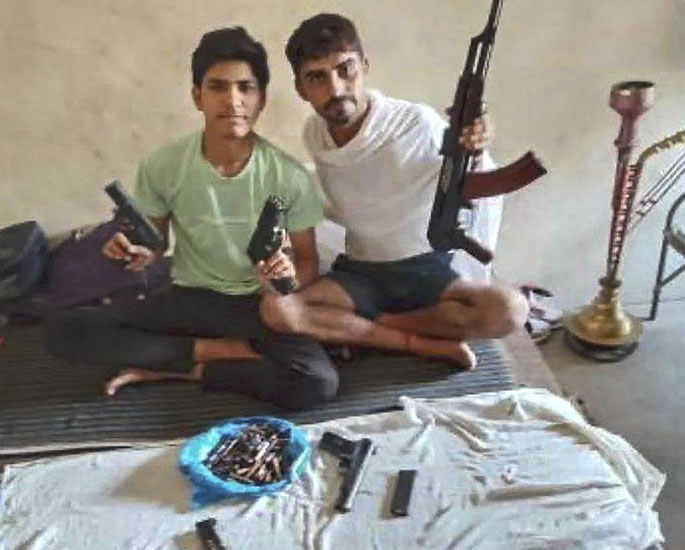 It is believed that Sirsa had a fascination with guns, posing for pictures with an AK-47 and other weapons.

One photo showed the accused with a pistol and spelling ‘Moose Wala’ in bullets.

The suspects were identified as Priyavrat, Kashish and Keshav Kumar.

He is a close aide of Lawrence Bishnoi, who is the chief suspect in the Punjabi rapper’s murder.

Sidhu Moose Wala was shot dead shortly after his security was heavily cut down.

A few days later, the security cover of 424 VIPS in Punjab was restored.

Sidhu’s father Balkaur Singh said that Chief Minister Bhagwant Mann’s government are to blame for a security lapse which led to his son’s murder.

Dhiren is a journalism graduate with a passion for gaming, watching films and sports. He also enjoys cooking from time to time. His motto is to “Live life one day at a time.”
Sidhu Moose Wala’s father blames Government for Son’s Death
Eva B is a Trailblazer as 1st Female Pakistani Rapper