Luton Mayor seen at Party amid Surge in Covid-19 Cases

Viral images have shown the Luton mayor at a large garden party and not following social distancing. This comes amid a surge in the town’s Covid-19 cases.

"We take all such complaints extremely seriously"

The Luton mayor flouted lockdown rules shortly before the town was declared a Coronavirus hotspot.

Luton Borough Council has launched an investigation into the actions of the mayor and two other senior Labour councillors pictured at the gathering on July 21, 2020.

Two days later, Public Health England (PHE) upgraded Luton to an “area of intervention” in response to an increase in Covid-19 cases.

Health bosses are concerned about infection rates among the town’s large South Asian community, with people living on two terraced streets told to get tested.

The Telegraph reported that several photos and videos show Councillor Malik at the garden party along with Councillor Waheed Akbar and Councillor Asif Mahmood.

With a mask tucked under his chin, the mayor is seen laughing and eating with other prominent members of the community. 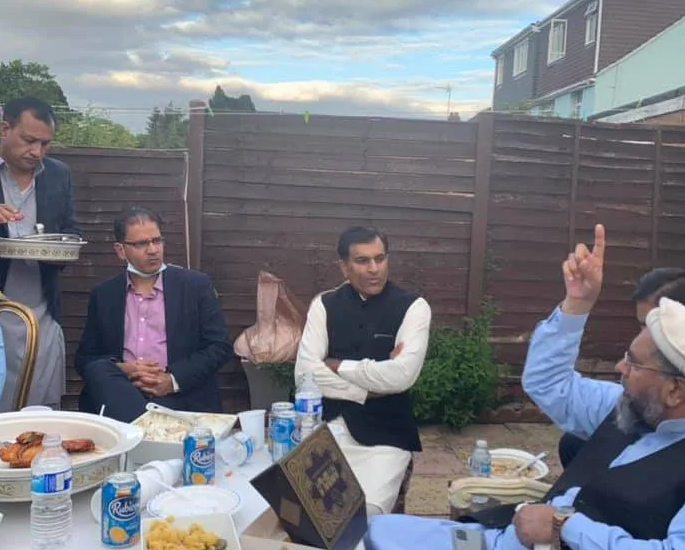 During the pandemic, Councillor Malik repeatedly urged Luton’s Muslim community to follow government guidelines “for their own and loved ones’ safety”.

In April 2020, he wrote an open letter praising volunteers and emergency services, adding:

“Social distancing is very important in our fight against the virus.”

A spokesman for Luton Borough Council said: “The council has received complaints concerning the alleged conduct of three councillors.

“We take all such complaints extremely seriously and an investigation into their alleged behaviour will be started and a decision arrived at.”

The Luton mayor and the two senior councillors have now apologised, stating:

“We apologise unreservedly to the people of Luton for our breach of the lockdown rules.

“We attended what we believed was going to be a small socially distanced gathering, in line with the government guidelines.

“During the course of the event, the arrival of additional guests meant the rules were breached.

“We should have left immediately, and it is a matter of sincere regret for each of us that we did not do so.”

“It is all of our responsibility to follow the guidelines. We are sorry that we did not live up to the standards that are rightly expected of us.”

A spokesman from the eastern branch of the Labour Party confirmed it was looking into the breach.

They stated: “It is essential that everybody follows social distancing measures in order to protect the public from Covid-19. It is even more important for those in positions of authority to be setting the right example.

“The Labour Party investigates all complaints received and where rules have been breached, action will be taken in line with the Labour Party’s processes.”

Luton Borough Council is understood to have been waiting on a decision from the Labour Party, before initiating any standards procedures of its own.

Dhiren is a journalism graduate with a passion for gaming, watching films and sports. He also enjoys cooking from time to time. His motto is to “Live life one day at a time.”
Indian Wife halts Traffic catching Husband with Girlfriend
Indian Girl raped by Covid-19 Patient in Quarantine Centre