Liverpool Football Club have journeyed to India to source the very best of footballing talent in a new partnership deal with mobile devices brand, XOLO.

“Liverpool have millions of fans in India and we are committed to bringing the club closer to them.”

England’s jewel in the crown, Liverpool Football Club has embarked on a historic passage to India by partnering with Indian smart mobile devices brand, XOLO.

The exclusive partnership will initially last 3 seasons and will also incorporate marketing in Bangladesh, Sri Lanka and Nepal. The deal will assist the XOLO brand to expand with the global support of the Liverpool FC following which is already growing rapidly on the Indian sub-continent.

Delighted with this coup, the Business Head of XOLO, Sunil Raina said:

“Liverpool FC is one of the most popular clubs in the country, with an iconic legacy. We are thrilled to have this association with a club that is revered as it seeks to grow the popularity of the sport in India.”

The most intensive study on brands was undertaken in India last year. The Brand Trust Report India 2013 revealed that Liverpool FC was the most trusted football brand in India. They finished second only to Cricket’s Indian Premier League (IPL) which is hugely popular across the population of India.

This says a lot about Liverpool FC and how they have maintained a strong reputation for many decades. An equally buoyant Billy Hogan, who is the Chief Commercial Officer at the club, quipped: “We are delighted to announce our very first regional marketing partnership in India with XOLO, a leading smart mobile devices brand.”

Hogan went on to say: “Liverpool have millions of fans in India and we are committed to bringing the club closer to them.”

This will come as little surprise to the billions of Indians who follow football in India. Over recent years, the Premier League has become massive in India. 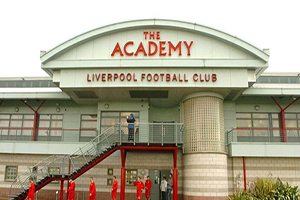 Clubs like Liverpool, Manchester United, Chelsea and Manchester City have played their part by becoming successful, winning European trophies and churning out players that are represented at the very top in the World Cup and other major tournaments.

While cricket will always be the number one sport in India, football in general has made great progress.

Football in India has totally changed since the days of Baichung Bhutia, the original torchbearer of Indian football, who became the first Indian to play in the English league.

Bhutia’s foray into English football then led to the start of Manchester United FC’s dominance of the English game. This catapulted United into becoming an enormous global brand.

Their fantastic sporting success on the pitch followed great commercial success throughout the world. Liverpool’s world domination since the 1960’s had finally been caught up by another English club and deservedly so. 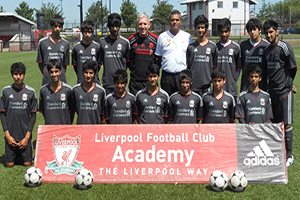 Manchester United Midfielder David Beckham became a brand in his own right with his dedication to the sport.

Liverpool however, have continued building bridges and communities like they always have since the days of legendary Manager, Bill Shankly.

One of Liverpool FC’s main ethos is that a player is never bigger than the club. This is very similar to the morals that Indians live by and share.

The beauty of India and its people is in the way they embrace the love of football and cricket, no matter who plays it or how they play it. This beauty has also been the core of the city of Liverpool, which has emanated through their people and of course, football clubs.

With this in mind, Liverpool’s move into India has the potential of churning out an amazing product that will one day be admired and respected the world over.

Rupen has been passionate about writing since childhood. Tanzanian born, Rupen grew up in London and also lived and studied in exotic India and vibrant Liverpool. His motto is: “Think positive and the rest will follow.”
Monty Panesar caught out with Tinder
Premier League Football 2013/2014 Week 20