The IPL is worth over £2 billion since it started three years ago. Now it’s chief Lalit Modi is in trouble over a row between ex-minister Shashi Tharoor and a major probe by the Indian Tax Department into the finance of the IPL.

"No wrongdoer will be spared."

Lalit Modi the chief of the IPL is under major threat of being removed from his position. This is further to conflicting allegations and denials of corruption, money laundering, illegal betting, match fixing (in IPL 2) and the improper award of franchises for new teams.

Lalit Modi got embroiled in a row with Junior foreign minister Shashi Tharoor regarding the sale of a new IPL team franchise, Kochi, which will join the IPL in 2011. Kochi was sold to Rendezvous Sports World Limited for $333m at auction.

Modi not being happy about the purchase leaked names of Kochi shareholders along with their stakes on the social media site, Twitter on Sunday, 18th April 2010. Tharoor said that Lalit Modi had tried to persuade the owners of Kochi to drop their bid in favour of another city. 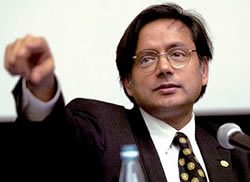 Amongst the names leaked was Sunanda Pushkar, a Dubai-based businesswoman, who is a close friend of Mr Tharoor. Mr Modi wrote the messages on Twitter because he claimed, “lot of you [are] asking shareholders and events surrounding the Kochi team.” But he did not go into any further detail.

Tharoor in return accused Modi of an extraordinary breach of all propriety regarding the consortium buying Kochi. In a statement, he said, that Modi was trying to “discredit the team and create reasons to disqualify it so that the franchise can be awarded elsewhere.”

Modi subsequently told media officials that Tharoor contacted him and did not want him to publish any names. Tharoor denied the claim and said that he has only acted as a mentor and not paid or received even a rupee for the Kochi team, and that Modi was acting on behlaf of a rival bidder for the team.

The row gained momentum and attracted involvement from the Indian government. Tharoor was forced to resign as foreign affairs minister on the Sunday night. In parliament, Tharoor, a former Undersecretary at the United Nations, called for an investigation to clear his name. 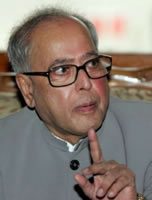 On Monday, 20th April 2010, the Indian government launched a multi-agency investigation into “the functioning of the IPL.” Pranab Mukherjee, Finance Minister said, “No wrongdoer will be spared.” Prime Minister Manmohan Singh asked the Board of Control for Cricket in India (BCCI) to explain the Lalit Modi-IPL controversy and the board’s general-secretary Rajiv Shukla is reportedly briefing the leader on the case.

J & K politician and IPL working committee member Farooq Abdullah has said that he will not be siding with Modi or anyone found guilty. He said, “If he (Lalit Modi) has done something wrong, he should go but we can’t hold him guilty without hearing his side of the story.”

The Modi and Tharoor scandal has turned into a major income tax investigation. Over 50 Income Tax (IT) officials raided the premises of Multi Screen Media Sports (formerly part of Sony Entertainment Television), World Sport Group (WSG) and Pat Magnarella Management (PMM) in Bandra, Khar and Malad suburb of north-west Mumbai. All of which are closely connected to the cash rich IPL, led by Lalit Modi. Modi has been questioned by the officials on the financial affairs at his headquarters.

In Kolkata, a seven-member team of tax officials surveyed the offices of Bollywood star Sharukh Khan’s Kolkata Knight Riders (KKR) and Cricket Association of Bengal. Similar searches took place at the offices of the Red Chillies Entertainment who own KKR at the Eden gardens, and then on Gameplan, a sports management group which looks after KKR’s affairs on Shakespeare Sarani.

In Chennai, tax officials surveyed the office of Chennai Super Kings owned by India Cements. BCCI Secretary N Srinivasan is the Vice-Chairman and Managing Director of India Cements. The offices of Deccan Chargers and Punjab Kings XI and also on companies handling the broadcast rights of the £2.7 billion strong IPL are also under scrutiny.

The Income Tax authorities are probing into the alleged financial irregularities in the Indian Premier League surveying offices and looking into documents in tandem with the Enforcement Directorate(ED) investigating the routing of funds from tax havens into the three-year-old league. 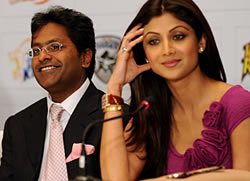 However, amongst all the negative vibes against Modi, team owners are giving full and unconditional support. Vijay Mallya, Shilpa Shetty, Shahrukh Khan and other team-owners of the Indian Premier League said that his IT issues were a government problem and as far as his management of the IPL was concerned, he was the best man for the job.

Shilpa said, “If there is something murky happening behind the scenes, I am unaware about it and in that case, let law take its own course. However, people should not jump to conclusions. Till you are not proven guilty, you are not guilty.” She added,

“We must not forget that it was Lalit who made IPL successful in the overseas market. We must give him that credit. It is all because of his effort that IPL has become successful across the world.”

The BCCI is not happy with Modi leaking the franchisee names via Twitter. Shashank Manohar from the BCCI Governing Council has said that the original contract for the initial eight teams was signed in January 2008 and no names were released. So Modi doing it in the case of Kochi presents a breach of confidentiality, which has legal implications against the board. 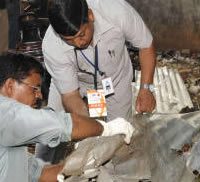 The action on the field has also been marred by two small bomb blasts outside Bangalore’s Chinnaswamy Stadium on Saturday and one diffusion on Sunday, forcing the semi-finals to be moved to Mumbai. The games will be played under high police security. “We have taken all precautions and every single spectator will be frisked before entering the stadium,” said Mumbai police chief AN Roy.

The huge success of the IPL has now taken a dramatic financial twist laced with scandal off the field, and its chief is now on the brink of being axed. A meeting of the Indian Premier League’s (IPL) Governing Council is expected to serve a charge-sheet to Lalit Modi and if his replies are unsatisfactory he will be no longer running the IPL.

Do you think Lalit Modi is guilty of wrong-doings?

Baldev enjoys sports, reading and meeting people of interest. In between his social life he loves to write. He quotes Groucho Marx - "The two most engaging powers of an author are to make new things familiar, and familiar things new."
Sania Mirza and Shoaib Malik marry
Chennai Super Kings win IPL 3