Sushmita Sen has allegedly been in many relationships. Her breakup with Rohman Shawl and pictures with Lalit Modi recently made headlines.

"Not married - just dating each other."

Former IPL chairman and businessman Lalit Modi took everyone by surprise when he posted romantic pictures of himself with Sushmita Sen on July 14, 2022.

Lalit posted pictures of himself with Sushmita, two old and two seemingly recent, and addressed Sushmita as his “better half”, writing about “a new beginning and a new life”.

The post took many fans of the actress by surprise.

Posting four pictures on Twitter, which included two throwback pics of the two of them, Lalit Modi wrote:

“Just back in London after a whirling global tour #maldives #sardinia with the families – not to mention my #betterhalf @sushmitasen47 – a new beginning a new life finally. Over the moon.”

From Rohman Shawl to Randeep Hooda, here we take a look at the love life and the men former Miss Universe and actress Sushmita Sen dated before Lalit Modi.

Filmmaker Vikram Bhatt, who was smitten by her, managed to get her dream Bollywood break in 1996 with Dastak.

Sushmita reportedly fell for Vikram during the shooting of her debut film and dated him for a brief period before calling it quits.

The duo was spotted together at several parties and events. However, the couple called it quits and parted ways due to unknown reasons.

Sushmita Sen was also linked with Sabeer Bhatia, the founder of Hotmail.com.

However, they soon broke up due to personal reasons. Various rumours said Bhatia had gifted a 10.5-carat diamond ring to his lady-love.

During the filming of Karma Aur Holi, Sushmita came in contact with Randeep Hooda and fell for him.

However, their relationship lasted only three years before calling it quits.

Sushmita Sen, who was going through a rough patch post her break-up with Randeep, found love again in adman Manav Menon whom she met while shooting for an advertisement.

Sushmita was so smitten with him that she wanted Manav to direct her dream project, a film called Rani Laxmibai.

However, their plans didn’t work for some unknown reasons and the couple mutually separated.

Ritik was Sushmita’s tenth partner and the duo dated for nearly four years.

The much-in-love couple was on the verge of tying the knot and had almost purchased a lavish pad in Mumbai.

However, their plans didn’t work for unknown reasons and the couple mutually separated.

Their romance blossomed during the shooting of the film which lasted for a brief period. 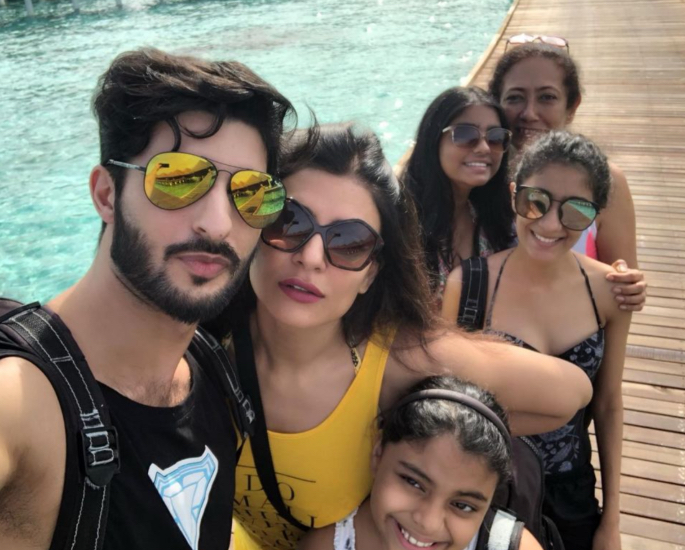 Rohman Shawl and Sushmita Sen ended their relationship in 2021.

They began dating in 2018, shortly after he sent her a direct message on Instagram, which the actress said she had accidentally opened.

They continue to be friends as Rohman shares a good bond with her family, including her daughters Alishah and Renee. 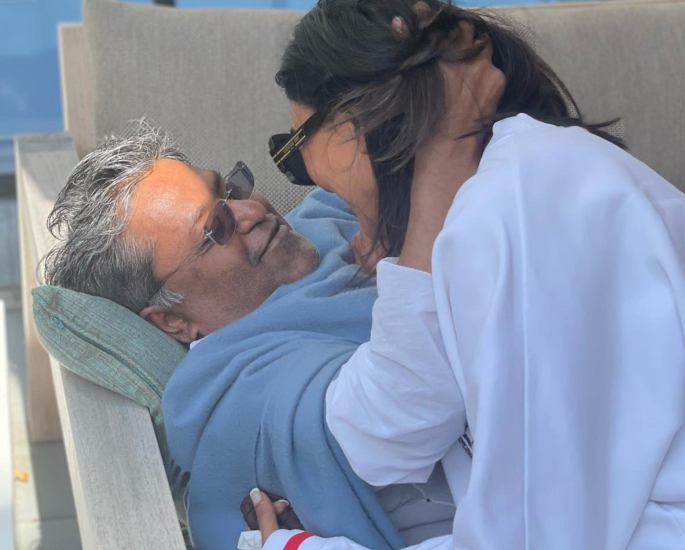 Sushmita is now in a relationship with businessman and former IPL chairman Lalit Modi.

The London-based founder of the IPL made his relationship with Sushmita official in a social media post.

In the caption, Lalit added: “Just for clarity. Not married – just dating each other. That too will happen one day.”

Lalit Modi left India in 2010 amid investigations into tax evasion and money laundering. He has been in London since then.

Lalit Modi was the IPL Commissioner when the scam occurred.

It announced that World Sports Group (WSG) Mauritius has been given the media rights to broadcast the IPL.

However, between BCCI and WSG, there was no such arrangement. Lalit Modi alone negotiated these contracts and, as per reports, he might have received Rs. 125 crores.

Lalit was previously married to Minal Sagrani, who died due to cancer in 2018.

Lalit and Minal married in October 1991 and had two children together – son Ruchir and daughter Aliya.

Besides them, Lalit Modi is reportedly a stepfather to daughter Karima Sagrani, from Minal’s first marriage.

Ravinder is a Journalism BA graduate. She has a strong passion for all things fashion, beauty, and lifestyle. She also likes to watch films, read books and travel.
Has Katrina Kaif finally found Her ‘Happy Place’?
Are Ranbir & Alia expecting Twins?