Known as one of the pioneers of British Bhangra, Kuljit Bhamra MBE has successfully created a revolutionary Indian Drum Notation system for the tabla.

Kuljit Bhamra MBE is a renowned pioneer of the British Asian music scene.

Kuljit has proactively grown as a composer and music director from the early days of UK Bhangra music in the 1980s to composing music for films and theatre, and to now launching his innovative Indian Drum Notation for Tabla.

As a fully qualified musician and highly established tabla player, Kuljit possesses the deep knowledge and the forward-thinking musical prowess to have come up with such an initiative to help educate people about this project.

Known as Indian Drum Notation, this new system adapts the classic beats, rhythms and melodies of the tabla and turns them into a written form. By doing so, learning to play the tabla is easily accessible for all musicians.

The Indian Drum Notation system and accompanying textbooks will be officially launched by Kuljit and Keda Music on Thursday 5th October at Smethwick Library in Birmingham, and also on Wednesday 25th October at Club Inegales, London.

Indian Drum Notation ~ How it Works 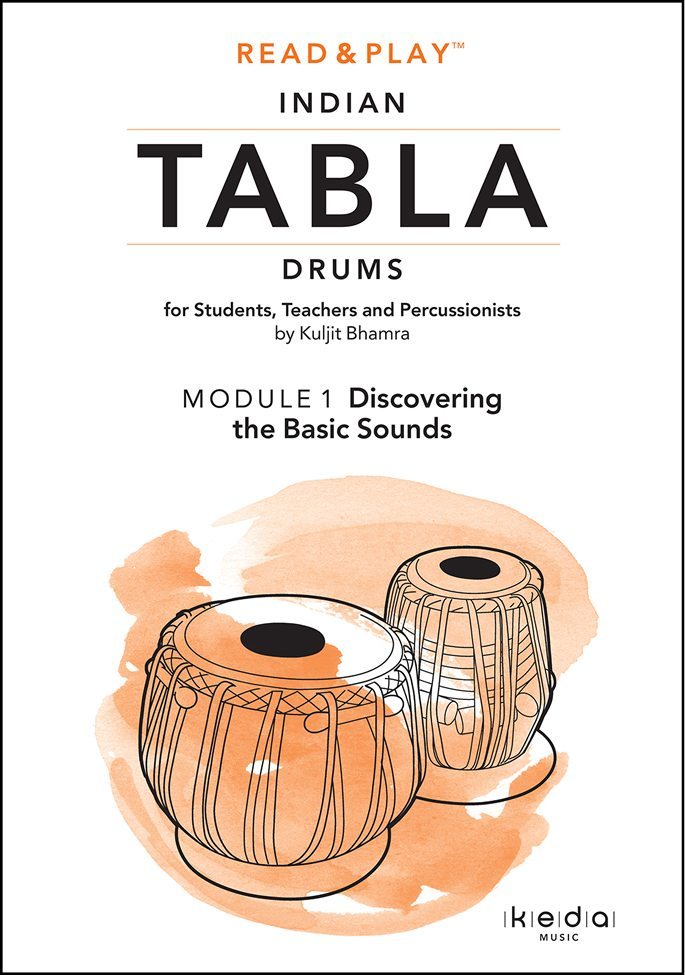 Classical Indian percussion has long been considered a complex music form that relatively few individuals have been able to master.

Speaking to DESIblitz, Kuljit Bhamra explains: “Indian drums make a unique sound which cannot be replicated by other percussion instruments. Their rich timbres and subtle nuances are at the heart of Indian music’s identity.”

Up until now, understanding these subtle musical nuances came only through a specialist Ustad or Guru. Students were taught orally through the memorisation of established beats and rhythms.

Performances would then be mostly improvised, once the player had mastered all the essential beats and rhythms. For an outsider looking to learn to play the tabla then would be a considerable challenge. Kuljit says:

“So far, it has been difficult for students to learn to play these drums in regions where there is an absence of specialist tutors. I’m very excited by the opportunities that this new notation system and my books will create for such musicians and composers.”

The textbooks, which are part of a three-module course explore basic to advanced sounds and techniques, rolls, tremolos, and traditional rhythms.

Indian Drum Notation has been adapted from a regular two-line bongo stave. The system works perfectly with all two-headed Indian drums. These include Dholak, Mridangam, Dhol, Tavil and Pakhawaj.

For these drums, each sound has its own correlating notehead and a specific position on the stave:

As a result, the tabla is no longer restricted to those who have access to a specialist Guru. Students and musicians can efficiently learn how to play Indian drums for themselves.

A Modern Approach to the Tabla

The possibility of writing down music has revolutionised the way we use Indian percussion instruments. For drums, in particular, the notation system is vital for both composers and music teachers.

By being able to incorporate Indian drums in musical compositions and scores, musicians now have the opportunity to use the tabla as more than just a means of improvisation. It can be actively used on concert tours, theatre and even in education. 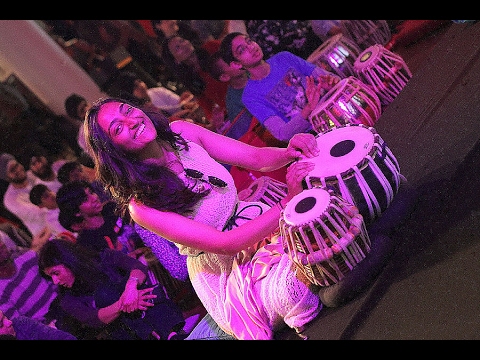 Keda has been able to develop the system further by partnering with Sound and Music and three young composers. Sarah Sayeed, Pete Yelding and Laura Reid have each used Kuljit Bhamra’s Indian Drum Notation system in their own works. Together, they have created new compositions using a trio of tabla, marimba and harp.

“Kuljit offers a unique and open approach to accessing tabla learning by demystifying and debunking the notion that classical Indian music requires years and years of practice.”

“His belief that music should be enjoyed by everyone means these ancient and revered instruments can be played by anyone through his unique tabla notation system.”

The new works of these composers will be premiered in London on Wednesday 25th October at Club Inegales.

The Indian Drum Notation system is a truly revolutionary concept. It has the ability to transform how we utilise classical Indian music in a modern and refreshing way.

Aisha an English literature graduate, is a keen editorial writer. She adores reading, theatre, and anything arts related. She is a creative soul and is always reinventing herself. Her motto is: “Life is too short, so eat dessert first!”
Parle Patel’s Gujarati song ‘Zat Zaiye’ is a Festive Delight
‘Jhanjran’ is Infectiously Catchy by Mukhtar Sahota and Surjit Khan