The four family members who were kidnapped at gunpoint in California have been found dead in a rural farm area.

"There's a special place in hell for this guy"

Police have found the bodies of a family of four, including an eight-month-old girl, who were kidnapped at gunpoint from their trucking business in California.

Jasdeep Singh, his wife Jasleen Kaur, their daughter Aroohi Dheri and his brother Amandeep Singh were kidnapped from their newly opened trucking business on October 3.

Jesus Salgado was identified as a suspect.

Sheriff Warnke said a second person may have been involved and he believes the crime was financially motivated.

But he noted that no official motive has been established.

Sheriff Warnke said: “We found the four people from the kidnapping and they are in fact deceased.

“There is no words to describe the anger I feel, and the senselessness of this incident.

“There’s a special place in hell for this guy, and what we’re going to deal with tonight is bad.” 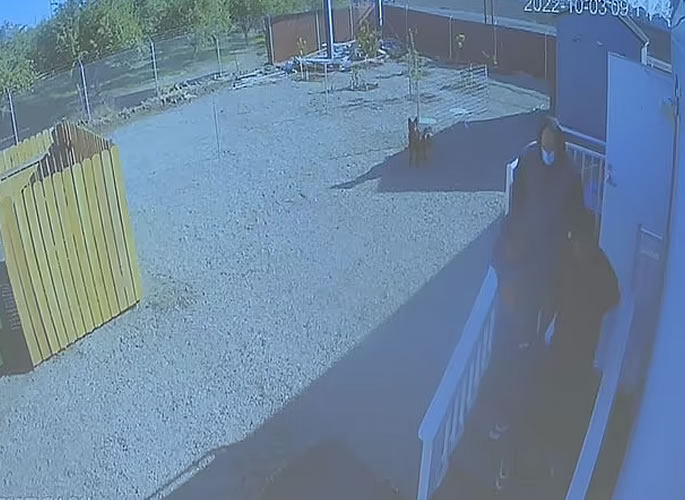 He is carrying a bin bag filled with unknown items, which he sets down as he pulls a gun from his waistband.

The suspect is later seen leading the male victims, who had their hands zip-tied behind their backs, into the back seat of Amandeep Singh’s pickup truck.

The kidnapper then went back to the trailer that served as the business office and led Jasdeep Singh, who was carrying her baby in her arms, out and into the truck before the suspect then drove away.

Sheriff Warnke said an ATM card belonging to one of the victims had been used.

Salgado tried to take his own life before police arrived at a home in Atwater to arrest him. He has yet to be formally charged with the kidnapping and murders.

Officers are currently waiting to question him over the killings, saying he is in a critical condition and each time he regains consciousness, he becomes violent.

Relatives of Salgado contacted authorities reporting that he had told them he was involved with the kidnapping.

Salgado was previously convicted of first-degree robbery with the use of a firearm in Merced County, as well as attempted false imprisonment and an attempt to prevent or dissuade a victim or witness.

In that case, he was sentenced to 11 years in state prison.

He was released from prison in 2015 and discharged from parole three years later. 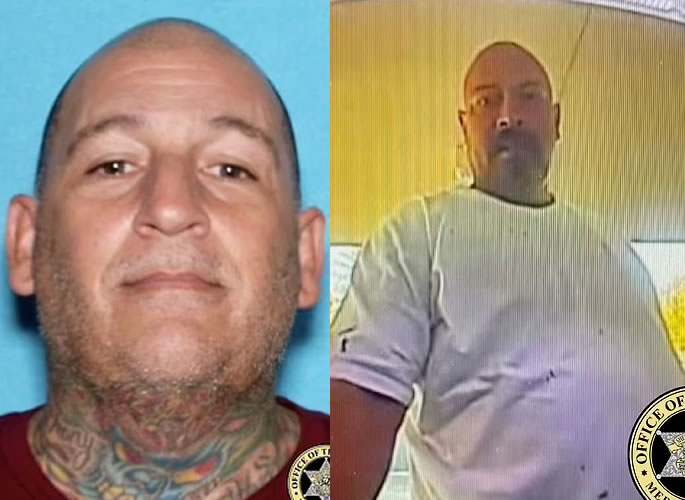 Investigators have not found a link between Salgado and the family to show they knew each other.

Deputy Alexandra Britton said: “As of right now, we believe it was random. We don’t have evidence to prove otherwise.”

Family members said the trucking business had only been open for a week.

“My husband is a very peaceful and calm person. We don’t have any clue why they kidnapped them.”

Detectives believe the kidnapper destroyed unspecified evidence in an attempt to cover his tracks.

On October 3, firefighters found Amandeep’s truck on fire. Police went to his home where a family member tried to reach him and the couple.

When they were not able to reach their family members, they called the Merced County Sheriff’s office to report them missing.

Merced County Undersheriff Corey Gibson said a farmer found a phone belonging to one of the victims on a street in Dos Palos, a town 30 miles southwest of Merced, and answered it when the family called it.

Sheriff Warnke said that while detectives have not established any motive or determined whether Salgado worked with any accomplices, he believes the suspect was driven by money and colluded with someone else.

He said: “I fully believe that there was at least one other person involved.

“My speculation is that it’s financial.”

The sheriff’s office said the FBI, the California Department of Justice, and other local law enforcement agencies are helping with the investigation.

Dhiren is a journalism graduate with a passion for gaming, watching films and sports. He also enjoys cooking from time to time. His motto is to “Live life one day at a time.”
Indian Girl aged 11 Shot in Head at Garba Event
Indian Girl Gang honeytrap led to Youth’s Suicide Attempts