Katrina Kaif’s wedding to Vicky Kaushal was shrouded in secrecy. The actress has now revealed the reason behind it.

"I think we are both very happy."

Katrina Kaif has opened up about her marriage to Vicky Kaushal.

The Bollywood couple married in Rajasthan in December 2021 in what was a royal spectacle.

But the wedding was known for its secrecy.

The couple never officially announced a wedding, meaning that there were only rumours to go off by.

There were also a lot of things to prevent it from being leaked. This included a ‘no phones‘ policy and non-disclosure agreements (NDAs).

But now, Katrina has revealed why she and Vicky chose to remain quiet about the wedding.

At the 2022 Filmfare Awards, Katrina said:

“I think more than trying to keep it private, we were restricted by, unfortunately, Covid-19.

“You know my family has been personally affected by Covid-19, and it was something that you had to take seriously.”

The actress went on to say: “I think this year it’s been a lot better, but it was something that we wanted to really be cautious of, but the wedding was beautiful.

“I think we are both very happy.”

Katrina attended the Filmfare Awards with Vicky and his brother Sunny Kaushal.

For the event, Katrina opted for a Sabyasachi floral net saree, teamed with a bralette-styled blouse. She accessorised her look with statement earrings and a ruby-embellished ring. 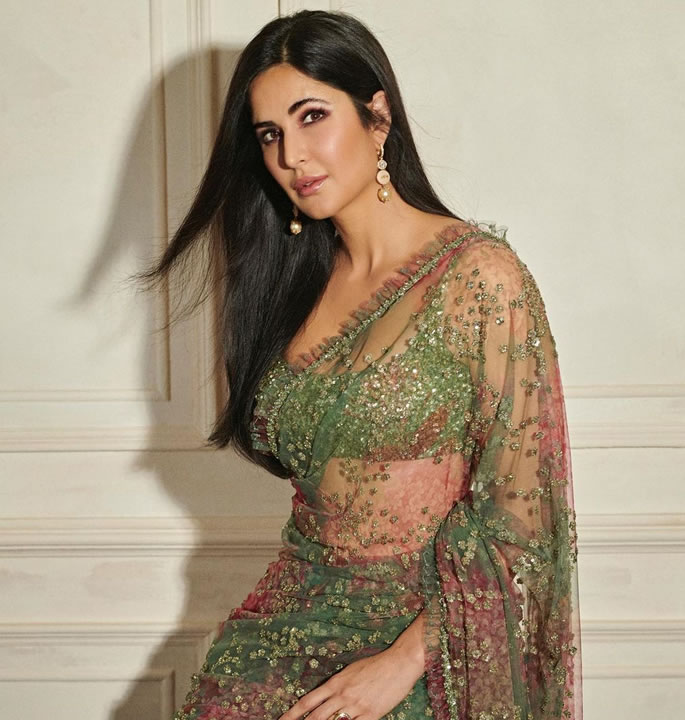 The actress left her hair loose and kept her makeup to a minimum to showcase her natural beauty.

She was seen planting a kiss on Vicky’s cheek after he won ‘Best Actor (Critics)’ for his performance in Sardar Udham.

She said: “I think now that the world is opening up.

“I think this is the first award show that I have attended post-Covid and I am happy to be here.”

On the work front, Katrina Kaif will be next seen in Phone Bhoot, alongside Siddhant Chaturvedi and Ishaan Khatter.

She has been filming Tiger 3 with Salman Khan, which will hit cinemas sometime in 2023.

Katrina is set to appear on Koffee With Karan with her Phone Bhoot co-stars Siddhant and Ishaan.

Her upcoming appearance comes just a few weeks after her husband Vicky graced the famous sofa with Sidharth Malhotra.

Dhiren is a journalism graduate with a passion for gaming, watching films and sports. He also enjoys cooking from time to time. His motto is to “Live life one day at a time.”
Winners of the 2022 Filmfare Awards
Biggest Bollywood Box Office Failures of 2022