Katrina Kaif for face of Barbie®

Ruth Handler gave the world its first Barbie® doll in 1959

Katrina Kaif has been selected to become the face of Indian Barbie®. The gorgeous actress of British and Indian mixed race and one of the most famous faces of Bollywood today. Now she joins a special select of Hollywood women that have been chosen to give their face to Barbie®.

Ruth and Elliot Handler formed Mattel Creations (today known as Mattel) in 1945 and 14 years later, Ruth Handler created and gave the world its first Barbie® doll in 1959. Ruth used a German doll called Bild Lilli as her inspiration. Since then, the Barbie® has evolved through the years with different looks, costumes and even careers!

Katrina Kaif has appeared in Bollywood, Telugu and Malayalam films. Kaif started modelling for the jewellery campaign in London, and was subsequently discovered by film-maker Kaizad Gustad, who gave her a part in his film Boom (2003). Since then she has catapulted to Bollywood fame and made hit films like Welcome, Singh is Kinng and Namaste London. 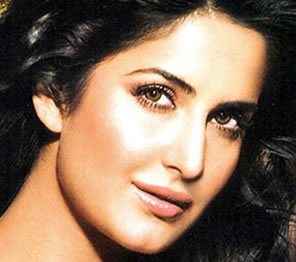 Examples of Katrina’s popularity include the most downloaded wallpaper for mobile phones in India, one of the most searched female Indian celebrities on Google in 2008, won the Best Female Style Icon at the IIFA Awards in 2008 and won the number one spot for FHM India’s 100 Sexiest Women in the World poll. In her personal life, Katrina has a much publicised romance with Bollywood hunk Salman Khan.

As a Barbie® doll, Katrina Kaif will be amongst other famous names like super-model Twiggy, film star Elizabeth Taylor, pop diva Beyoncé Knowles, film star Lindsay Lohan, pop star Cher and singer Diana Ross, who all had dolls based on their faces. But Kaif will be the first ever Bollywood star in this category. 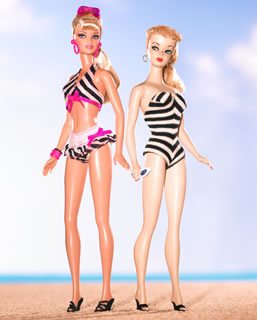 9th March 2009 was the 50th birthday anniversary of the world famous Barbie® doll. Barbie® made her debut at the New York Toy Fair, five decades ago and today she still has the status of the word’s most popular fashion doll.

The bathing suit was the fashion theme of the first Barbie® in 1959. So, for her 50th birthday, the same but updated theme has been introduced for new Barbie® doll. It has a two-piece black-and-white bikini trimmed with Barbie®’s signature colour pink, pink hoop earrings, a high ponytail, and one of today’s must-have accessories, a mobile phone. 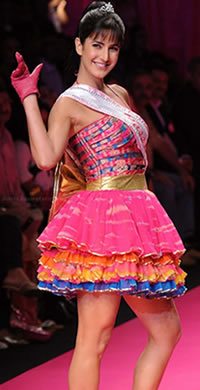 So, it is official that Katrina will be the face of Indian Barbie® after initial reports that Aishwarya Rai Bachchan had been selected as the face of Barbie® for India. The Indian version of the doll, is to be called the ‘Bollywood Barbie®.”

Katrina is thrilled at being selected and excited to be created as the popular doll. She said, “I feel very flattered  and it’s something that is a lot of fun and the wonderful association relates you to your fans more.”

Here is a video by Sylvia Gallen who is an old and avid collector of Barbie® dolls. She has over 600 dolls. The video shows you the huge range and history of Barbie® at a toy fair. At the end there is an old Mattel black and white television advert of Barbie® and Ken too! 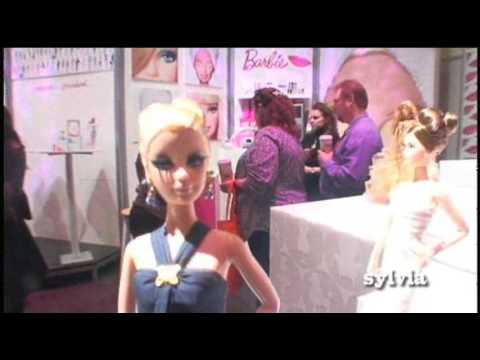