Bollywood actress Kangana Ranaut has been served a legal notice asking her to apologise over her now-deleted ‘fake’ tweet.

Bollywood actress Kangana Ranaut has been issued a legal notice asking her to apologise for her comments on Bilkis Bano.

In a now-deleted tweet, Kangana had claimed that Bano can be hired as a protestor for Rs. 100 (£1). 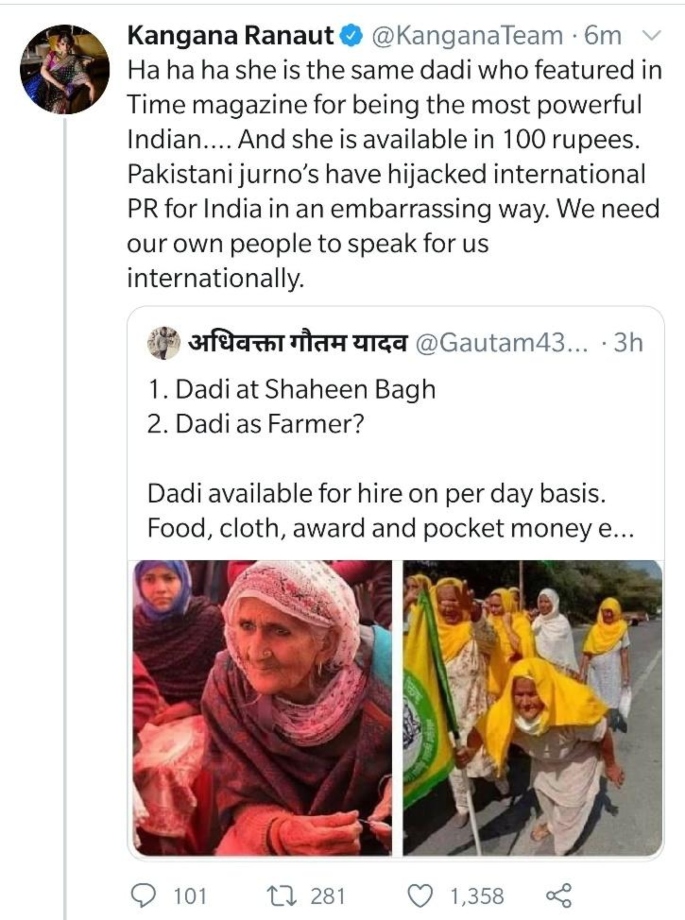 “Ha ha ha, she is the same dadi who featured in Time magazine for being the most powerful Indian… And she is available in 100 rupees.

“Pakistani journos have hijacked international PR for India in an embarrassing way.

“We need our own people to speak for us internationally.”

However, the tweet caused controversy as a lawyer from Punjab’s Zirakpur town sent a legal notice, demanding an apology from Kangana.

In his notice, he said that Kangana wrongly identified an old woman at the farmers’ protests as “Bilkis Dadi”.

Bano also corroborated that she was at her home in Shaheen Bagh and was not the one seen in the photo.

The legal notice said: “It is to inform you that the said lady is not a fake lady.

“Her name is Maninder Kaur and she belongs to village Bahadur Garh.”

The notice also said that Kangana mocked the farmers’ protest with her tweet.

The lawyer has declared that if Kangana fails to apologise, he will be filing a defamation case against her.

Bano had reportedly come to join the farmers’ protest at Delhi-Haryana’s Singhu border on December 1, 2020.

However, she was removed by the police.

The police stated that Bano is a senior citizen and stopped was “for her own safety” amid the Covid-19 pandemic. 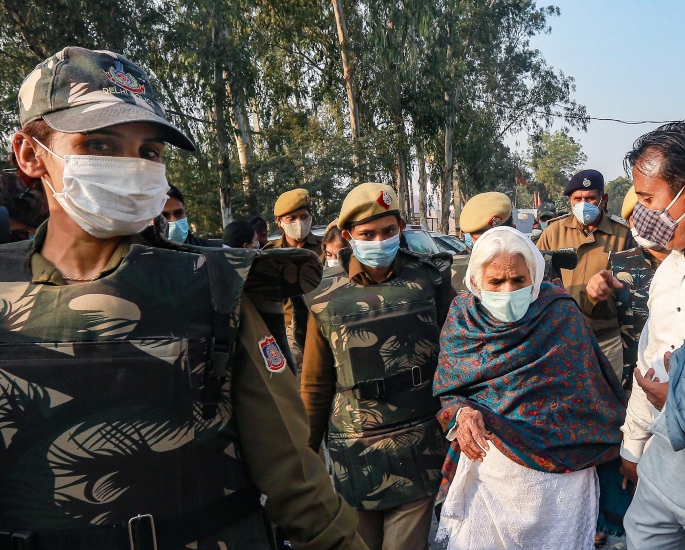 “Bilkis Bano is a senior citizen and due to Covid-19 pandemic, she was stopped at Singhu Border.

“She was escorted by police to her home in Delhi for her own safety.”

At the protest site, she declared: “I am here to support the farmers. They supported us during the protests in Shaheen Bagh, and now we are here for them.

“We urge the government to roll back the new farm laws.”

Thousands of farmers from several states in India, especially Punjab and Haryana, have been protesting for the seventh day at Delhi’s borders.

They have been demonstrating against the Centre’s agriculture laws.

The Centre has called for the fourth round of talks with the farmers on December 3, 2020.

The prior meeting between the government and over 30 union leaders on December 1, 2020, has failed to break the deadlock.

Akanksha is a media graduate, currently pursuing a postgraduate in Journalism. Her passions include current affairs and trends, TV and films, as well as travelling. Her life motto is 'Better an oops than a what if'.
Jacqueline Fernandez Joins Akshay starrer ‘Bachchan Pandey’
Kriti Sanon opens up on Pay Disparity & Power Imbalance