"John is a continuous inspiration getting hotter day by day!"

John Abraham has rocked the urbane look on the August cover shoot for GQ India magazine.

The handsome actor is seen in a casual plain black shirt and navy black striped shirt.

Stood against a breathtaking backdrop of a beautiful sea, his style is simple yet captivating.

He carries a stubble well and manages to bring out the best in the rough and rugged look.

His fans absolutely adore this cover shoot, describing it as the ‘hottest picture in the world’ and John as the ‘dashing’ star:

@TheJohnAbraham @VenetiaSarll My eyes are hurting! John is literally like wine! A continuous inspiration getting hotter day by day

Another fan JenHolicForever tweets: “My eyes are hurting! John is literally like wine! A continuous inspiration getting hotter day by day.” 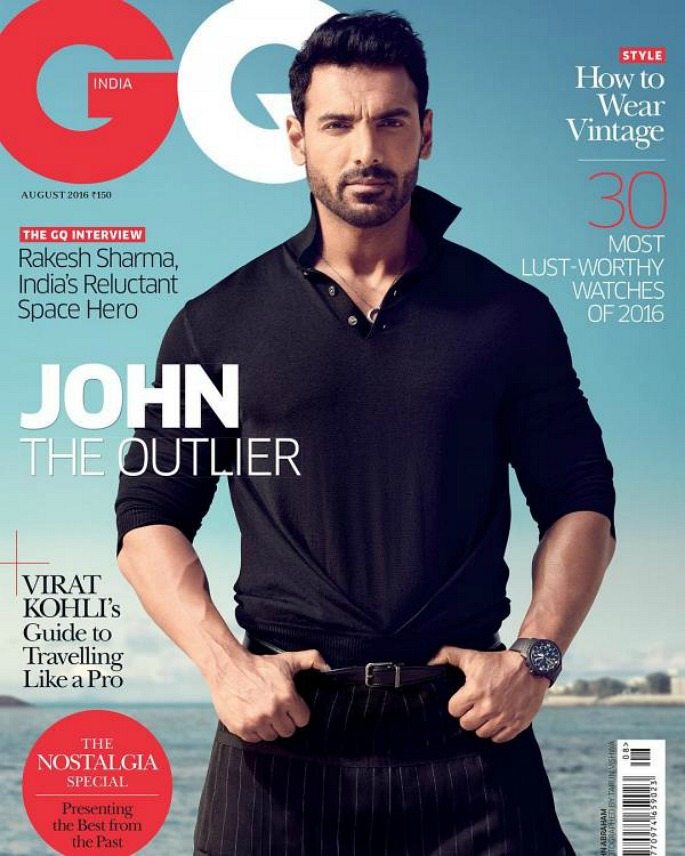 Known for his hot physique and versatile look, John is one of the leading eye candies of Bollywood.

The three-time GQ star graced the cover back in March 2013, when his film I, Me Aur Main was released.

He has also shown off his body many times in movies like Dostana, New York and photoshoots like Dabboo Ratnani’s calendar.

The Rocky Handsome star often swoons his loyal fans with his workout selfies!

The actor’s recent cinematic release Dishoom has hit the screens and is creating a big hype for the audience.

Since hitting the big screen on July 29, 2016, Dishoom is expected to cross Rs 30 crore at the box office collections, despite receiving mixed reviews from critics.