A Japanese YouTube channel faced backlash from the audience after the music video appeared to insult Indian culture.

Indians were portrayed in a stereotypical light

A Japanese YouTube channel released a music video on May 5, 2021, that mocked Indian culture.

Candy Fox has over one million subscribers and usually releases funny music videos.

However, their latest video, named ‘Curry Police’, received a lot of criticism from Indian viewers.

The viewers slammed the channel for promoting stereotypical images of Indians.

The widespread criticism by the public forced the creator to delete the video.

However, many other channels re-uploaded the deleted video and hence the video is still circulating on social media.

The lead character of the video then goes on to mention that he has never eaten anything else except curry and that if he will, he would dance naked.

He then goes on to eat a burger when he couldn’t find curry and eventually dances naked.

The man then declares that he wishes to travel around the world to serve curry to people.

He and his friend then start sailing on a rowing boat towards Japan and reach the country 20 years later.

The men then set up a Japanese restaurant devoted to curry.

The video later shows that the Japanese people also love curry and are shown standing in queues all night outside that restaurant.

Although the song and music video has no deep meaning and was made as light humour, it received a huge backlash from viewers.

The reason for the backlash was that Indians were portrayed in a stereotypical light of being obsessed with curry.

Many Indian and Japanese YouTubers uploaded videos of either reacting on or roasting the ‘Curry Police’.

Namastey Kohei, the popular Japanese YouTuber, known for playing Hindi songs on the violin, was also trolled for appearing in the video. 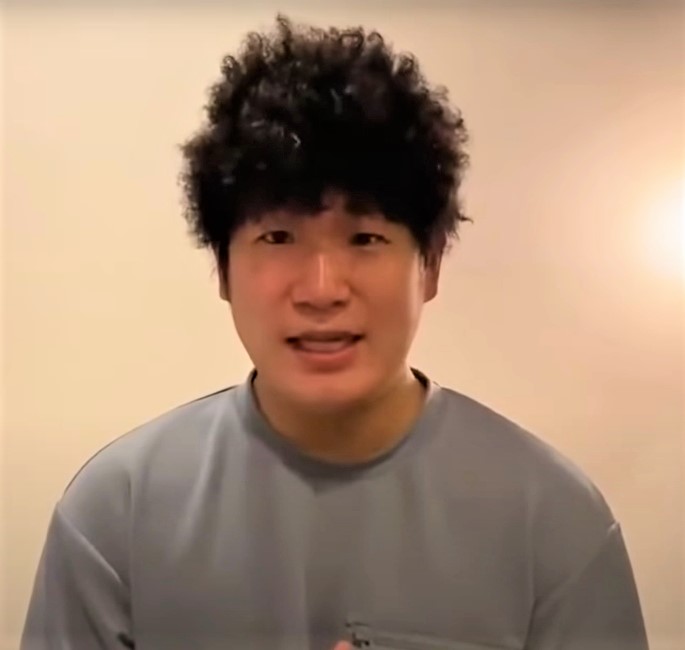 Candy Fox resealed another video on May 7, 2021, featuring an official statement of apology.

The creator goes on to say that he loves India and watches Indian comedy videos. He said he created the video just for entertainment. He said:

“The video was meant to entertain you. However, my ignorance delivered the opposite outcome.

“I certainly regret my careless behaviour and my attempt at humour.

“I will keep learning more about Indian culture and values and will try to make something that will actually be worthy of laughs in future.

“Please believe that I truly respect your culture and I have no intention to offend any of you.”

He goes on to finish his statement, saying:

“My deepest and sincerest apologies.”

Namastey Kohei also apologised for being a part of the video.

However, he explained that he was asked to appear in the video and was not fully aware of the plot. He further explained:

“The video was shot in India and was directed by a local Indian.”

Despite that, Candy Fox and Namastey Kohei went on to apologise for being insensitive.

Viewers accepted the apology. Popular Indian rapper Raftaar also thanked the creator for taking down the video. He said:

“Thank you for removing the video.

“We need strong Asian unity at the moment.”

Shamamah is a journalism and political psychology graduate with a passion to play her part to make the world a peaceful place. She loves reading, cooking, and culture. She believes in: “freedom of expression with mutual respect.”
Sona Mohapatra slams TV Channels for ‘sneaking in’ Predators
Shah Rule is a Rising Star in India’s Hip-Hop Space