Jacqueline Fernandez was recently seen in an organza saree and halter-neck blouse whilst promoting ‘Bachchhan Paandey’.

The cast of the upcoming Farhad Samji-directed Bachchhan Paandey has kickstarted the promotions of their film in full swing.

Jacqueline Fernandez, who also stars in the film, delighted fans with an ethereal look she sported for a recent promotional event.

She wore a pastel multi-coloured organza saree and looked like a dream in it.

Pictures and videos of the star in the ensemble went viral recently.

Jacqueline and her stylist Chandini Whabi had posted the pictures of her pastel saree look on their respective Instagram pages.

The six yards is from the shelves of the clothing label, Picchika.

The star took summer fashion goals up by a notch with her effortlessly glam look. 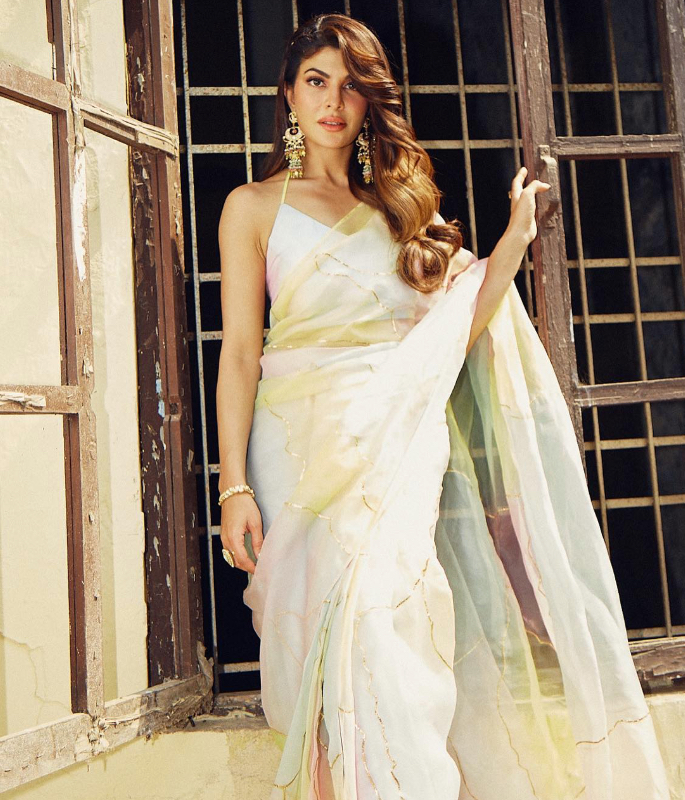 She wore it with a halter neck blouse featuring the same shades, a plunging neckline and back, and a midriff-baring hem.

To complete her look, Jacqueline wore her hair with a side-part and long wavy tresses. 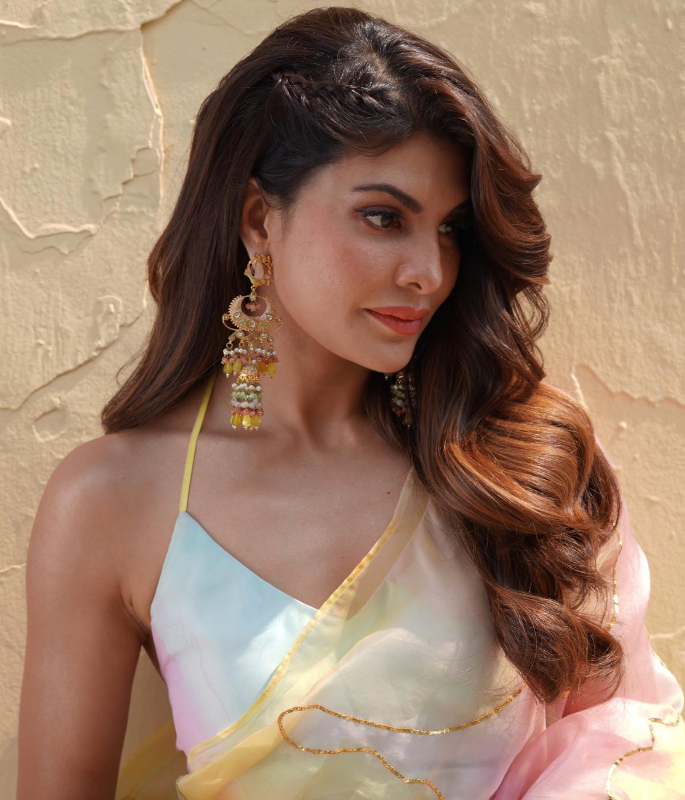 Bachchhan Paandey is reportedly a remake of the 2014 Tamil film Jigarthanda, which was inspired by the 2006 Korean film A Dirty Carnival.

It follows a filmmaker, played by Kriti Sanon, trying to snoop on a gangster to research for her gangster film.

Bachchhan Paandey is helmed by Farhad Samji and produced by Sajid Nadiadwala.

The film has seen multiple delays in release due to the ongoing Covid-19 pandemic.

After wrapping up the shoot for Ram Setu, Akshay said: “Here’s to the wrap of yet another amazing project #RamSetu.

“I learned so much during the making of this film, it was like going to school all over again.

“We have worked hard. Now we need your blessings.”

Ravinder is a Journalism BA graduate. She has a strong passion for all things fashion, beauty, and lifestyle. She also likes to watch films, read books and travel.
Pakistani Models slam Sana Javed for ‘Self-Entitled Attitude’
Alia Bhatt sparkles in Pink Embellished Lehenga