In the series finale of ‘Meet the Khans’, it’s fight night as Amir gets into the ring against Kell Brook but Faryal cannot bear to watch.

"Marrying Amir, I didn't realise how hard it would be"

The series finale of Meet the Khans: Big in Bolton sees Amir step into the ring against rival Kell Brook, however, nerves are running high for Faryal as she remains in her hotel room alone.

In Manchester, Amir is with his team just a few hours before his fight with Kell Brook gets underway.

Nevertheless, Amir stops to take pictures with fans, calling their support “the best feeling ever”.

Three hours before the fight, his friends are getting ready and preparing to make their way over to Manchester’s AO Arena.

This includes his brother Haroon and friend Omar.

The area quickly becomes busy as fans descend on the arena, which Amir anticipates as he requests his car to pick him up from the hotel.

He says: “I like everyone leaving me alone hours before the fight so I can have that time to think about the game plan and what I’m going to do in the fight.”

Faryal explains that she never goes to his fights but when she goes out to say goodbye to Amir, she is left distraught when she finds out he has already left.

She returns to her hotel room in tears. 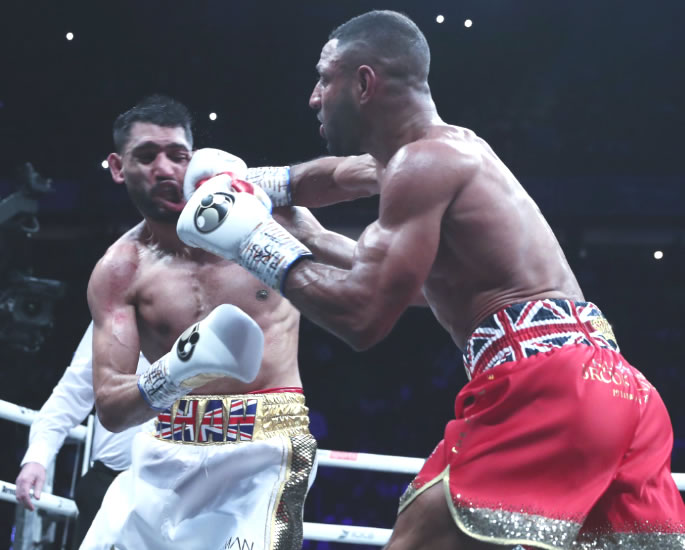 Amir arrives at the arena and is in fight mode. Meanwhile, Faryal sits alone in her room.

The Bolton boxer appears relaxed as he says:

“My mental state is very calm. I’m very calm and collected, don’t have any fear, not scared of anything.”

On the other hand, Faryal is nervous as she gets ready to pray.

She then reads messages from his fans. One video featuring their children causes her to get upset.

She says: “Marrying Amir, I didn’t realise how hard it would be, do you know what I mean?”

Amir is in his room, making the final preparations for his bout.

The bout ends up becoming a firefight, with both boxers swinging constantly at one another.

Reflecting on the fight, Amir says: “That wasn’t me in the ring. I could not get into the groove. I was like I was getting held back.”

Amir ends up losing by TKO in the sixth round, admitting that Kell was “the better man”.

In her hotel room, Faryal finds out that her husband lost. 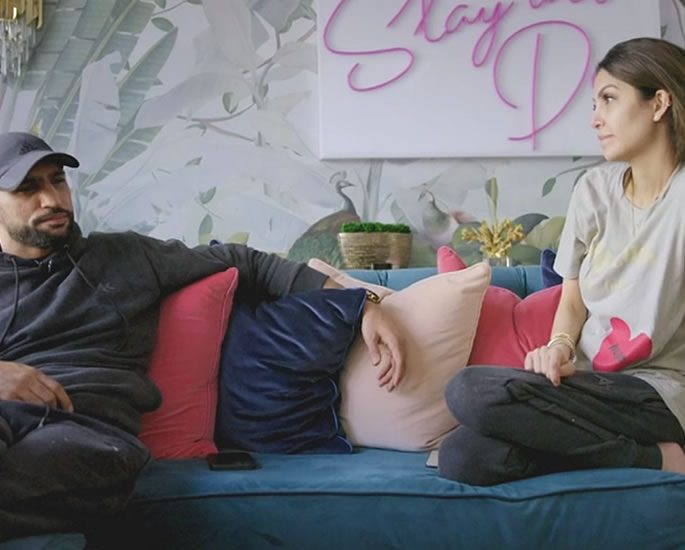 Four days after the fight, Amir and Faryal travel to Dubai where they are reunited with their children.

Faryal is relieved that the fight is over while Amir is looking forward to having normal conversations with her.

The couple then talk about what’s next for Amir’s boxing career and he believes he can carry on.

“I don’t want my legacy to stop here, you know what I mean?”

“But you’ve got nothing left to prove, what do you have to prove?”

Amir replies: “Well, I know I can beat Kell Brook.”

Faryal then declares: “We need to decide as a family.”

Amir later receives the results of his MRI scan which reveals that he suffered a rotator cuff injury. 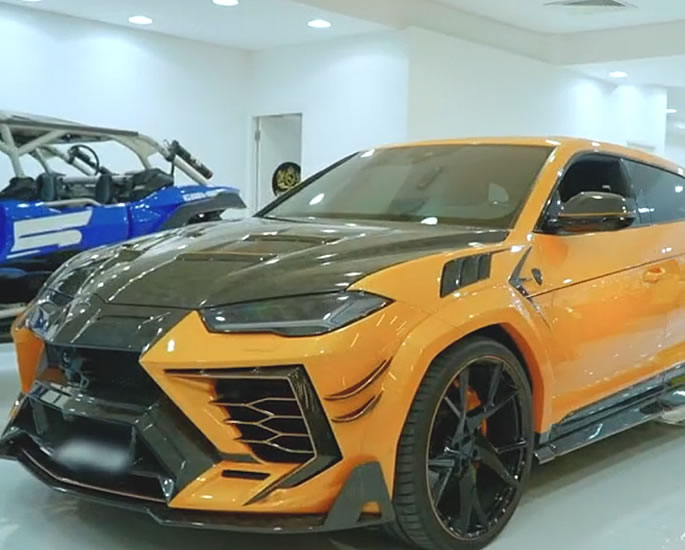 Amir visits a luxury car showroom for a new motor, calling it “a passion”.

He is picking up his Lamborghini Urus Mansory as a present to himself.

On why he bought it, Amir said: “I decided to get it because it’s worth every penny.”

Amir loves his new purchase as he revs the engine.

“It was a lot of money. You only live once.”

Back at the house, Amir treats his daughter Lamaisah to a pair of boxing gloves. She then practises some of her punches on Amir.

Lamaisah expresses an interest in the sport and Amir says:

“I’m going to take her to one of my academies and I can train her up there and let’s see how that goes.”

Faryal and Amir later go out, however, Faryal is not a fan of her husband’s new car.

Their evening out is a fun one, which includes an F1 racing simulator and golf.

As they talk, Amir admits that he has not watched his fight against Kell Brook before hinting at another fight.

Dhiren is a journalism graduate with a passion for gaming, watching films and sports. He also enjoys cooking from time to time. His motto is to “Live life one day at a time.”
Tejasswi Prakash to make Bollywood Debut in Dream Girl 2?
Bollywood Stars light up IIFA Rocks 2022