We take a peek inside the luxurious ‘Shahrukh Khan Workspace’ created by DC Design, a vanity van that offers top-notch technology and heavenly comfort.

For a star as famous and popular as Shahrukh Khan, a hired trailer is hardly the suitable place to rest and recharge between takes.

Apparently, even a lavish two-decker is not enough to pamper the Baadshah of Bollywood.

So he got DC Design, a bespoke automotive design firm based in India, to create a 14-metre long vanity van.

GQ India recently revealed the inside of the ‘Shahrukh Khan Workspace’, which is built on a Volvo B9R multi-axle bus by Dilip Chhabria.

The exterior is simple and beautiful, fronted by a gigantic windscreen, two headlamps and a subtle logo of DC Design. 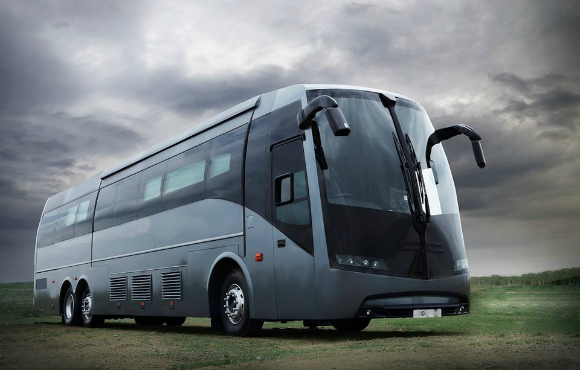 On its side are flush-fitting windows, and on its back is another DC logo and cool tail lights that blend in with the overall style of the van.

The interior is nothing short of deluxe luxury and state-of-the-art technology.

Wooden roof, dark glass floor (lit by LED) and beige-coloured walls and furniture bring a futuristic feel, while making ‘Etihad’s Residence look like something from the stone ages’.

Covering over 280 square feet of area, SRK’s vanity van is equipped with a meeting room, bedroom, toilet, kitchenette, as well as make-up and changing room.

This is obviously more than enough space to house three 4K-television sets with satellite, Apple TV for all rooms, and a 4,000-watt Bose audio system. 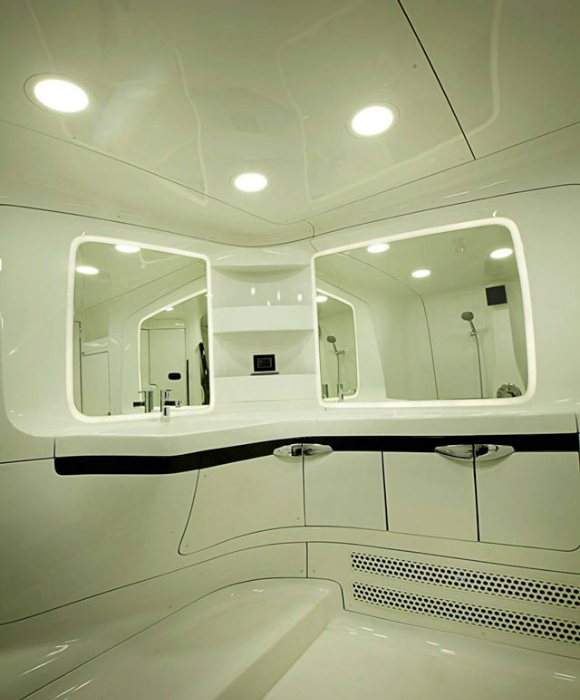 Wi-fi is, of course, available throughout the van, so he can stay as active as ever on social media.

Air-conditioning is also a must-have, given India’s hot and humid weather. A touch-control lighting system allows SRK to customise the ambience of each room at the tip of his finger.

There is one more room which is slightly hidden from sight and made with a hydraulically operated slide out system – not uncommon for high-end motorhomes.

According to GQ India, this expands King Khan’s palace on wheels to a staggering 360 square feet!

DC Design has pretty much stayed away from modifying the vehicle’s engine – a 9-litre, turbo diesel engine with an in-line 6 cylinder layout.

But with a net worth estimated at US$600 million (£391 million) in 2014, the superstar actor, producer and co-owner of two cricket teams can more than afford this jaw-dropping piece of opulence. 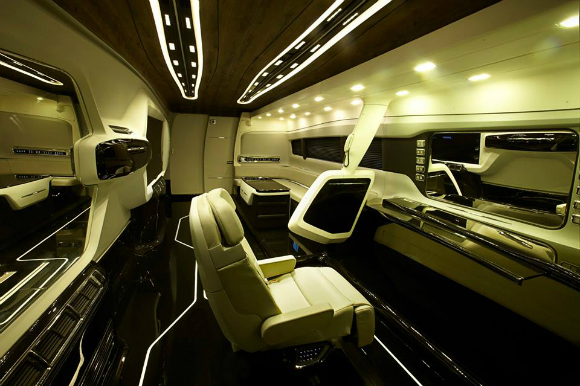 His wife, Gauri Khan, also owns a chic and spectacular private workspace, named after and designed by herself.

Located in Bandra, Mumbai, the four-storey workspace is decorated with exquisite design collections that truly reflect her passion and creativity.

Gauri calls it ‘a distinguished space where creative ideas meet avant-garde’ and ‘a window to the interior design work she is so passionate about’.

Its launch event in April 2015 attracted a flurry of foreign designers and Bollywood socialites.

Each with an ultra lush workspace to call their own, that’s what we call a real power couple!