A video has gone viral on social media after a man transformed Indian TV dialogue into a song, resulting in #Rashi trending.

"Made Kokila Ben sing this time. I love doing harmonies"

Social media users have been left in fits of laughter after a man added music to an Indian TV dialogue and ended up turning it into a rap song.

Yashraj Mukhate is a music producer by profession. He used his skills to come up with the funny video.

He took a clip from the show Saath Nibhana Saathiya in which the famous character Kokilaben is seen scolding her daughters-in-law Gopi Bahu and Rashi.

Kokilaben is scolding her daughters-in-law for putting a ‘Khaali’ or empty cooker on the gas.

It may seem like a mundane kitchen dispute but Yashraj’s musical spin made it much more entertaining and it resulted in #Rashi trending.

It was a serious scene but Yashraj edited the clip and added upbeat music to it. He also edited the voices, making the clip sound even more musical. 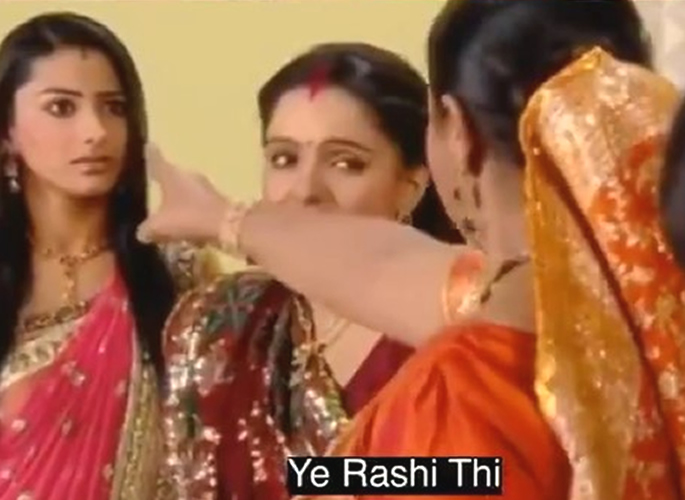 In the video, music is heard over the serious dialogue. The scene is intertwined with Yashraj playing the beat on a keyboard.

As the Indian TV dialogue gets more intense, Kokilaben’s voice receives a touch of autotune, making the song even more catchy.

Yashraj shared the video on social media and added the caption:

“First World Problems. Made Kokila Ben sing this time. I love doing harmonies, enjoyed this one a lot (sic).”

Viewers loved the video and flooded the comments, expressing how much they enjoyed the short video.

Actress Sanya Malhotra could not stop laughing and wrote: “Time to do a dance routine on this.”

Another social media user wrote: “This is sooo awesome.”

One person enjoyed the video so much that they wanted to see what else Yashraj had in store.

“Need to follow you for more and more and this one is playing in a loop.”

The video was enjoyed so much that Union Minister Smriti Irani reposted the video on her social media account.

The musical clip amassed a further 250,000 views and Yashraj was quick to show his appreciation for the Union Minister.

Yashraj’s social media is filled with clips of him taking serious pieces of dialogue and turning them into funny musical numbers.

One popular clip was where he took a clip of Rakhi Sawant talking to the media. The clip was viewed more than 1.2 million times.

Dhiren is a journalism graduate with a passion for gaming, watching films and sports. He also enjoys cooking from time to time. His motto is to “Live life one day at a time.”
Sushant’s Housekeeper reveals Details leading to Actor’s Death
Video of Mahesh Bhatt with 16-year-old Jiah Khan goes Viral