Liger’s track ‘Aafat’ has come under fire for using dialogue from a rape scene, with many taking to social media to voice their anger.

"It’s repulsive and shows an extreme lack of sensibility"

Peppy track ‘Aafat’ is in the headlines for all the wrong reasons.

The track is from Liger, which is set to release in theatres on August 25, 2022.

It is a romantic track featuring Vijay Deverakonda and Ananya Panday on a picturesque beach.

However, the song has drawn flak for its questionable lyrics.

While some called the track cringy, many pointed out that one section of the lyrics featured dialogue from an old film where a woman is about to be raped and she shouts:

This has not gone down well on social media, with many criticising the casual use of “rape dialogue”.

A Reddit user shared the section and captioned it:

One user said: “Someone else on the sub had also pointed this out when the song was released.

“It’s repulsive and shows an extreme lack of sensibility by the producers, actors, and of course the scum director.

“And the fact that they continue to promote this s**t with Insta influencers is just beyond me.”

Recently came across this song called ‘aafat’ from liger. Excuse me what were the composers and singer thinking while creating this.. it’s disturbing.. #Liger #AAFAT

“No wonder most of their songs are super vulgar and objectify women in the most tasteless manner!”

Others have also called for Liger to be boycotted.

This is partially due to the inclusion of rape scene dialogue as well as Karan Johar’s involvement in the production of the film.

One asked: “Why not boycott this movie instead of Laal Singh Chaddha?”

Another person said: “Where’s the boycott trend when we need it?”

The boycott trend attracted Vijay Deverakonda’s attention and he said that filming began in 2019 when there was no such boycott trend.

He said it all started in the Covid-19 lockdown and they were already into the shooting schedules by that time.

The actor went on to say that there was no better option than Karan Johar to take their film nationwide.

Vijay said: “I have no fear and I know that in complete honesty, we have done it with our hearts.

“We all are from this country and we know how much we do for our people and country.”

“We are not from that batch who sits in front of computers and tweets.”

Liger sees Vijay play an MMA fighter while Ananya is his love interest.

Watch the Music Video for ‘Aafat’ 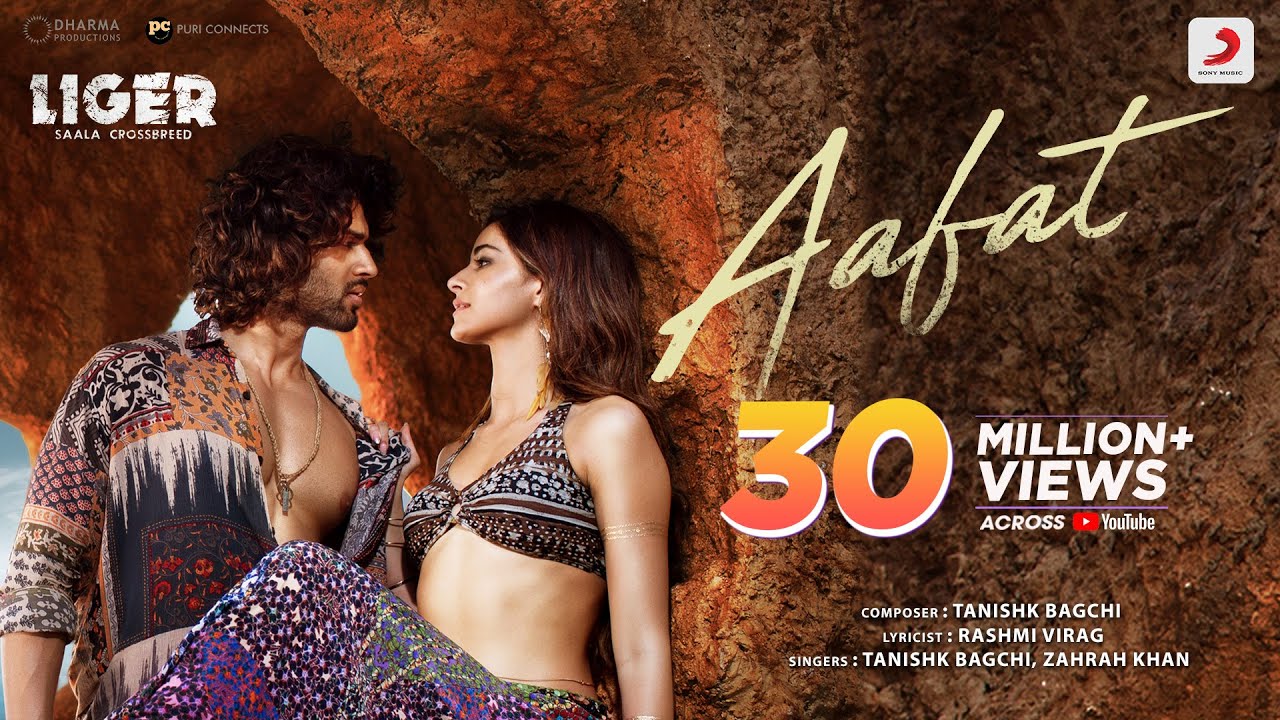 Dhiren is a journalism graduate with a passion for gaming, watching films and sports. He also enjoys cooking from time to time. His motto is to “Live life one day at a time.”
Balochistan floods destroy ‘Kana Yaari’ singer Wahab Bugti’s house
Sidhu Moose Wala’s ‘Jaandi Vaar’ release date announced