An Indian Businessman has been sentenced to 20 weeks after groping a girl on a flight. DESIblitz has more.

"I may have touched her accidentally but I didn't touch her intentionally."

An Indian holidaymaker from Qatar has been jailed for 20 weeks after he was convicted of groping and molesting a teenage girl during a seven-hour flight to Britain.

The perpetrator, Suman Das, 56, was accused of groping the 18-year-old victim between her legs as she was sleeping – even though sat next to him was his wife.

Das claims that the girl was touched by accident and offered to apologise. He later changed his story to full on denial as he claimed he was sleeping.

The victim, only 18, stated that she woke up to feel a: “Rubbing sensation” and was in tears. 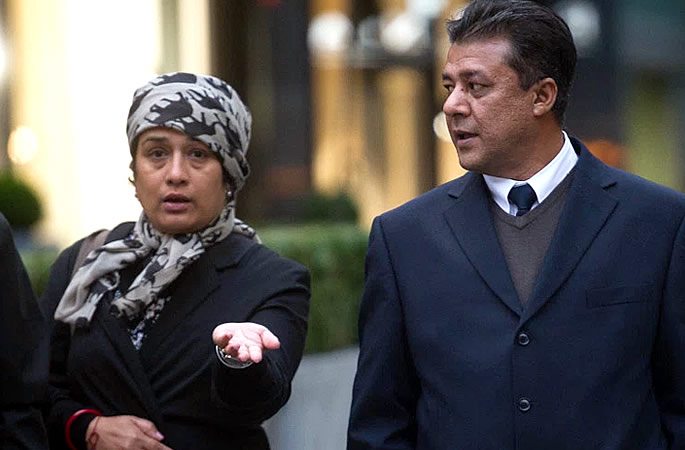 The Indian businessman was arrested upon his arrival in Manchester and later convicted of sexual assault, which he denied.

Das stuck to his story and later said: “I may have touched her accidentally but I didn’t touch her intentionally.”

Both the prosecution and defence had compelling arguments. Holly Holden prosecuting, stated: ‘This was an 18-year-old flying alone…her evidence has been consistent and credible throughout.”

Miss Ellie Akhgar, defending, retorted: “This man has no previous convictions, so why now would he decide to plunge into criminality and sexually assault a stranger on a plane, with his wife sat next to him.”

Das’s wife, Sonia remained loyal to her husband. She said she: “had complete faith in her husband.” The district judge Sam Gooze has found Suman Das to be guilty:

“This was a sexual assault in circumstances where you took advantage of the victim.”

As a result of his sentence and conviction, Das will be on the Sex Offender Register for seven years. He will pay a £115 surcharge.