The Prime Minister of India has announced £19 million of the next year’s budget will be spent on building the world’s tallest statue, in honour of India’s founding father, Sardar Vallabhbhai Patel.

“Sardar Patel stands as the symbol of the unity of the country.”

The Indian government have announced plans to set aside just over £19 million in their latest budget to build the world’s tallest statue.

The proposed monument will be nearly 600 feet high, and an iron and bronze replica of Indian independence leader, Sardar Vallabhbhai Patel.

If all goes to plan, this statue should be almost twice the size of America’s gigantic Statue of Liberty. The project was launched by Prime Minister Narendra Modi half a year before he was elected in May 2014, to commemorate one of India’s founding fathers.

Patel was the deputy of India’s first Prime Minister Jawaharlal Nehru. Modi’s party (Bharatiya Janata Party) credits Patel with using strong-arm tactics to unite India after they became independent from the British in 1947, overruling the hundreds of princes who separately ruled the country. 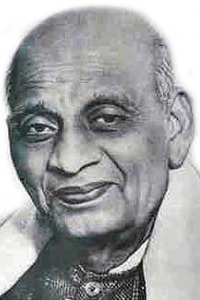 Nehru and his descendants ruled India for most of the period since independence, and numerous development projects are named after Nehru, his daughter Indira and her son Rajiv Gandhi.

However, many in Gujarat feel that the legacy of Patel has been neglected by the once powerful Congress party.

Originally, the total cost of the project, estimated at £197.43 million, was to be provided by the government of Gujarat, the home state of both Modi and Patel. Funding was also going to be raised through public donations.

The announcement that the federal government would help to fund the statue was made by Finance Minister Arun Jaitley on July 10, in his budget speech. Jaitely said: “Sardar Patel stands as the symbol of the unity of the country.”

This statement that the federal government will contribute just over £19 million to the memorial has sparked a debate over whether the money is being well spent.

The debate has been exacerbated because this is the first budget of Modi’s new government, which was elected on the promise to revive India’s stalling economic growth. Others have lamented that the budget in fact assigns more money to the building of the Patel statue than to other, more important areas. 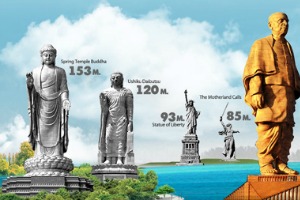 This has led to the statue proposal being heavily criticised on social media. It was also voted ‘most disliked’ on the website of the NDTV news channel, and the Times of India newspaper set up a Twitter poll asking if the monument was a ‘wasteful expenditure’.

The latest budget, for the fiscal year ending March 2015, is being observed by many as an indicator of whether Modi’s government can deliver the economic change needed in India.

Jaitely notes this, saying in his opening speech to Parliament: “The people of India have decidedly voted for change.”

Though the statue has caught all the headlines, elsewhere in the budget there were economic policies that were welcomed by investors.

Modi’s government proposes to focus on promoting manufacturing and infrastructure, and also to have a larger tax base for funding the country.

The budget’s combination of infrastructure spending and opening up of regulations to allow for more foreign investment was well received by the business community. Yet these policies are obscured by the announcement of Patel’s statue.

Whilst many think that the monument is an over-expenditure that India can’t afford, others have supported it as a commemoration of a great leader which can be an inspiration to many, and so, the debate continues.

Eleanor is an English undergraduate, who enjoys reading, writing and anything media related. Aside from journalism, she is also passionate about music and believes in the motto: “When you love what you do, you’ll never work another day in your life.”
Dubai unveils Mall of the World plans
Top 5 London Museums and Galleries