Dubai has announced unique new plans to build the ‘Mall of the World’, dubbed to be one of the biggest shopping centres in the world, in a bid to increase its tourist market even more.

"I see this as Dubai’s answer to London’s Oxford Street and Paris’ Champs Elysee."

Dubai is well-known for its luxury and opulence. With 7-star hotels and premier shopping malls, it boasts a thriving tourist trade. Yet the city has new plans to up its game.

On Saturday 5th July, Ruler Sheik Mohammed bin Rashid Al Maktoum outlined plans to build a sprawling retail park known as the Mall of the World, which will be located along Shaikh Zayed Road. The project is being developed by the investment company, Dubai Holding.

The complex will include an 8 million square foot shopping centre, a network of climate controlled streets, and a theme park which will be kept covered during the scorching summer months.

In addition to the retail site and theme park, the Mall will also contain 100 hotels and serviced apartments offering 20,000 rooms. There are also plans for wellness resorts, an indoor park, and theatres showing performances. 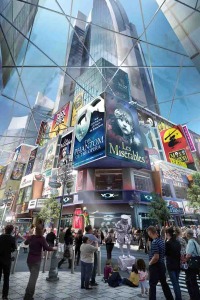 In essence, the Mall of the World will be a city within a city – a completely man-made wonder that offers visitors to visit and stay as they please, while enjoying the best that the United Arab Emirates has to offer.

Dubai is no stranger to extravagant shopping experiences: the Mall of the World will be built near the existing Mall of the Emirates. The Emirates shopping centre boasts an indoor ski slope, and is only a short drive from the tallest tower in the world, The Burj Khalifa.

“Dubai has a very significant portfolio of existing shopping malls and the string of new mall developments looks set to push Dubai further ahead of the region’s other emerging economies.”

“I see this as Dubai’s answer to London’s Oxford Street and Paris’ Champs Elysee, which are both iconic shopping venues,” Durani added.

Development in Dubai’s retail and hospitality sector has been increasing rapidly in the last few years, as it prepares to host the 2020 World Expo.

World Expo, also known as the World Fair, is a large public exhibition held in different cities around the world each year. Dubai is expecting an influx of 25 million visitors when it hosts the event.

The Emirates also has a vision of being able to attract 20 million tourists every year, and this combined with the prospect of the World Expo has led to Dubai’s economy moving strongly towards retail and hospitality.

Durani is not the only one who sees massive economic potential in the idea of the Mall of the World. The Dubai Financial Market also welcomed the news, with the index going up 4.41 per cent on Sunday to end at 4,593.57.

The plans for the Mall are also seen as ground-breaking by Chiheb Ben Mahmoud, executive vice-president and head of hotels and hospitality group for the Middle East and Africa at the real estate company JLL. 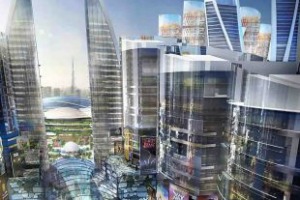 Mahmoud said: “Anchored by a mall, the destination seems to be planned as a new and additional centre of Dubai.”

Various members of the hospitality sector are already interested in being involved with the project. The Rezidor Hotel Group, which owns Radisson Blu and Park Inn by Radisson is ‘in the process of initiating discussions’ with Dubai Holding, according to Elie Milky, the company’s business director.

The Rezidor Hotel Group is considering the possibilities of its mid-range hotels in the new Mall of the World development.

With so much interest already growing around the Mall of the World in the business sector, it is only a matter of time before tourists start taking a look.

Eleanor is an English undergraduate, who enjoys reading, writing and anything media related. Aside from journalism, she is also passionate about music and believes in the motto: “When you love what you do, you’ll never work another day in your life.”
Imtiaz Dharker ~ Scotland’s Asian Poet
India to build World’s Tallest Statue