Honour Based Violence: A True Story

Honour-based violence is plaguing our society, with more cases occurring than we think. It is vital to educate ourselves on this topic.

Honour killing is a plague.

It is a form of domestic violence, committed mostly in the Middle East and South Asian communities and is usually done by a family member, or a close friend.

It may be harder for people to engage with a news article. Hence, by citing real life examples of honour-based violence, we can understand the family background and thought processes from a story, a TV drama or a documentary.

We learn from stories. Stories gift an external point of view we can’t acquire anywhere else. From stories, we learn emotions, thought processes and so much more than just the end result.

BBC Three released a one-off drama tackling this subject called Murdered by My Father in 2016.

We watch a timeline progression of how a decision as big as honour-based violence manifests.

Also, how and why it is carried out and how a huge contender of committing honour-based violence is social influence stemming from the community.

BBC Three are helpful in discussing taboo subjects, with other programmes revolving around domestic abuse.

For example, Murdered by My Boyfriend (2014) and financial issues, Killed by My Debt (2018), providing an insight into the whole story, not just an end result.

By releasing programmes confronting big and taboo topics, BBC Three have gifted a rich depth of information and perspective behind major life-destroying situations.

It highlights the sad reality of death feeling like the only option, where all doors are closed and death is the best option to defuse the situation.

Also, revealed is the hive mind of society. How we are ultimately deeply influenced by people around us and haunted by the mentality of ‘what will people think?’.

Murdered by My Father 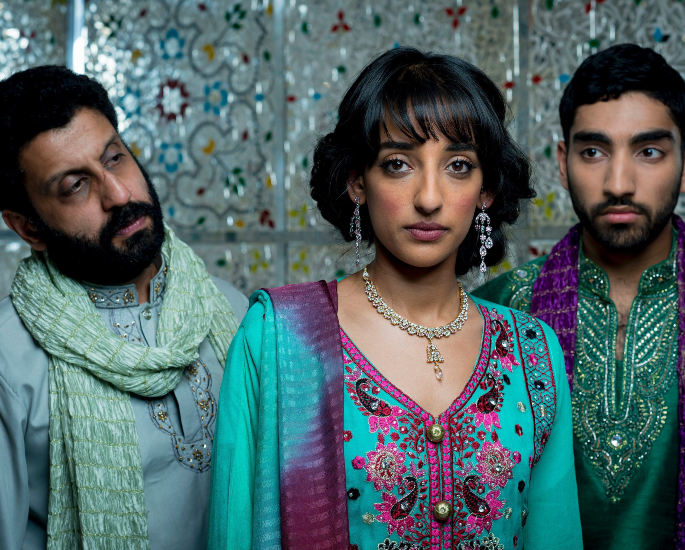 The title itself is instantly eye-catching and provocative, providing a point of view from the victim which is something rare, capturing and insightful.

The drama itself is more telling.

Murdered by My Father is written and directed by Vinay Patel, a British Asian. There is a sense of authenticity as we do not see a version of events where people are demonised, and how it was ultimately inevitable.

Instead, we see the situation through the eyes of someone who understands this is such a shocking thing to happen in any community.

Writing about taboo topics allows a conversation to start. From there, we can start recognising symptoms of occurrence and change the way we look at life.

Murdered By My Father is set in modern-day Britain. It centres around a recently widowed father, Shahzad, raising his two children, Salma and Hassan.

It is obvious from the start he cares for his children very much and allows them a certain level of freedom.

However, Shahzad’s eldest teenage daughter Salma is promised as part of an arranged marriage to someone. However, she falls in love with someone else named Imi.

Salma decides to pursue a relationship with Imi, keeping the blossoming relationship hidden from her father, but he later finds out.

Shahzad realises people talk negatively about those who forgo their arranged marriage. He increasingly becomes more influenced by their words and becomes more concerned about Salma.

He thinks the memory of his wife will be destroyed if the arranged marriage falls through. So, he decides he needs to take decisive action to defend the ‘honour’ of his family.

A combination of these reasons is why he contemplates killing his daughter, which is an honour-based murder.

With great shame and one shocking scene later, he murders his daughter and then kills himself. Shahzad frames Imi for the deaths and leaves his son Hassan, orphaned.

Murdered by My Father is fictionalised, there is no true story directly influencing this storyline. 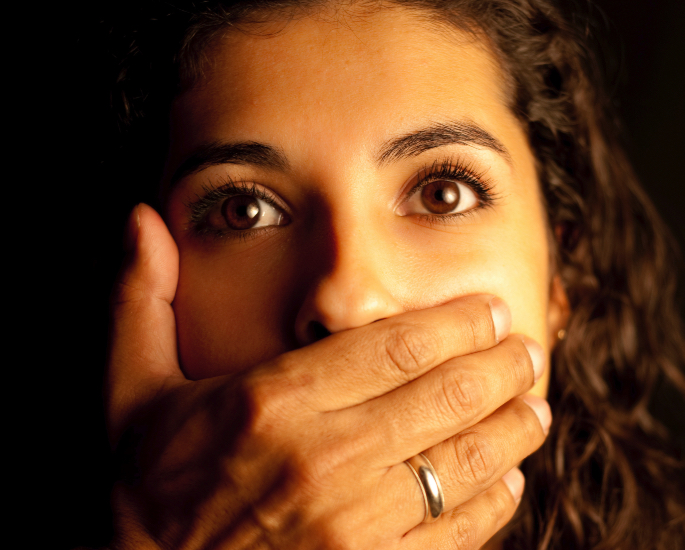 The truth is more vicious. It seems like the truth just seeps into the news. It isn’t met with the ‘throw a bucket of ice-cold water in your face’ shock realisation it deserves.

Changing the perception of honour cannot be defended by death. It is vital to reduce the amount of honour-based violence cases occurring in the world.

To do that, we need to be able to openly talk about honour-based violence.

Honour killing is not something stemming from Islam. Instead, it is an ugly manifestation from the Napoleonic Empire where crimes of passion were permissible.

Laws for this have changed in Pakistan, where people can no longer get away with murder if the family of the victim forgive them.

People are not just honour killed because they decided to pursue love.

Some people are honour killed because they were raped. Others because they had premarital or extramarital sex or they refused to go along with a forced marriage or an arranged marriage.

Some people are honour killed due to their own independence. In 2016, Pakistani celebrity, Qandeel Baloch was murdered by her own brother for not keeping to traditional norms.

Honour is too subjective to categorise, which leads to men and women being murdered for reasons which are not problematic.

Honour killing is a plague. News figures are unreliable, as only 5% of cases are reported.

India and Pakistan have recorded 1,000 honour killings a year, with other reports saying it is closer to 5,000 a year worldwide.

Cases are becoming more prominent, controversial and more widely reported. However, it seems like not enough is being done.

Prior to 2016, there was a loophole in Pakistan. Those who commit an honour-based killing could be let off if the family forgives them for the crime.

This was replaced in 2016. Murderers can receive the death penalty and abusers receives up to 14 years imprisonment. Even with this in place, honour-based violence has not dropped.

In Sindh, Pakistan it has been estimated 769 people have been victims of honour-based killings between 2014 and 2019.

510 of those people were women.

Men are seeing an increase in honour-based killing, in 2018, a Pakistani man killed his brother after it was thought he was having an affair with his wife.

Two years later, in 2020, an Indian man was arrested for killing his brother and his niece in an honour-based killing. He thought his younger brother was having an affair with his wife.

There is no sign of numbers of honour-based killings are diminishing.

Honour-based violence is slowly dribbling into western countries, where more is being committed by the hands of first-generation immigrants.

Some organisations suggest in the UK there are roughly 12 honour killings a year, but the figure could be higher.

In 2019, a British Pakistani student Shafelia Ahmed, 17,  was murdered by her parents. It is thought that there has been a rise of 53% of honour-based killings since forced marriages were made illegal in 2014.

These numbers are shocking and are thought to be underestimated. 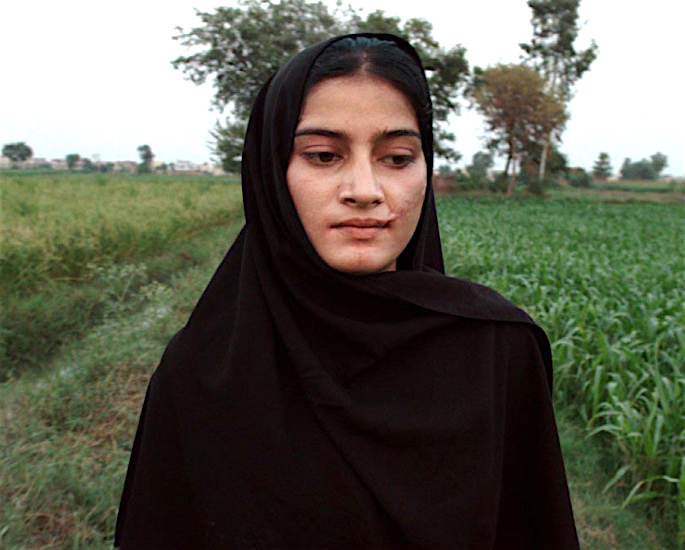 Honour-based killing or violence is not a new phenomenon, it is something which has been around since 6,000 BC.

Amnesty International has a list of the most recent cases of honour-based killing, where they discuss the increasing number of cases occurring in Pakistan.

Organisations like Human Right Watch are great resources to learn about the history of honour-based killing.

They also highlight what is being done to help combat the stigma surrounding the causes of honour-based killing such as rape.

The BBC homepage has a link where cases of honour-based killings are discussed. This gives way to a revelation of a range of news sources, where extra information is provided at the end of articles.

These pockets of information are available to see what horrors people endure, how they occur, when and why they happen and what next steps can be taken to help educate people on this topic.

Documentaries are available as well, detailing true stories, the outcomes and the leading months to the act itself.

Far from a drama like Murdered by My Father, documentaries reveal true stories.

A Girl In The River: The Price of Forgiveness (2015) looks at a 19-year-old woman who survives an attempt of honour-based violence by her father and uncle.

The clincher is the public pressure she faces to forgive those who wronged her, so they were allowed to travel home without any repercussions of the horrendous act they tried to do.

The Price of Honor (2008) follows the true story of two teenage girls who were murdered by their father in Texas. A documentary following a true story, two girls are shot by their father on the basis of not being more traditional.

The father was never found and is still on the FBI most wanted list.

These are some of the many cases of honour-based violence happening around the world. It becomes vital to educate ourselves on taboo topics to ensure we know what to do in situations like this.

If you are affected by any of the themes in this article, please do not hesitate to contact any of the following:

How to Talk about Mental Health in Desi Households
Sex Before Marriage: The Desi Perspective