A High Court heard that a gang trafficked women and sold them for prostitution and arranged marriages. The group operated in Glasgow, Scotland.

"her body became nothing but a vehicle for Gombar"

Four people from Glasgow, Scotland, were convicted of trafficking women from Slovakia and forcing them into prostitution, slavery and arranged marriages.

They transported eight young women from Slovakia to flats in Govanhill between November 2011 and February 2017 in order to exploit them.

It was heard that Gombar led the operation. One victim had been sold for £10,000 outside Primark on Argyle Street.

UK Border Force officers refused entry to one woman at Calais. She had no possessions and was accompanied by Gombar. He later abandoned her at the ferry port. 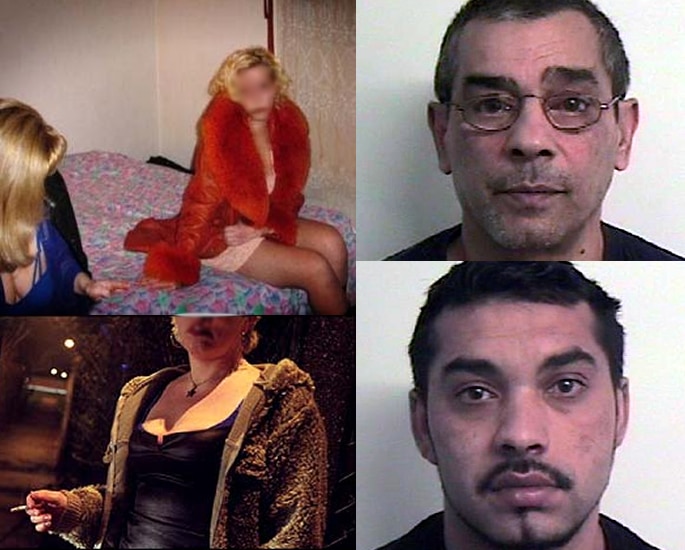 During the seven-week long trial, most of the victims gave evidence via video link from Slovakia and through an interpreter.

All had been promised a better life and a job once they arrived in Scotland. However, they were either forced into marriages or into prostitution.

The victims had arrived in the country with only the clothes they were wearing. The gang had taken their ID cards off them.

The gang constantly watched the non-English speaking women and they were never allowed out on their own.

Only after one of the victims escaped did the gang’s crimes come to light. She had run into a shop for help. The shopkeeper did not understand her but phoned the police.

Officers asked two young girls in the shop to help with translations which led to them finding out that Gombar had her ID card.

It was discovered in Gombar’s flat on Allison Street which resulted in a major investigation.

It was heard that one victim was forced to have sex with two or three Pakistani men each day for at least eight months. 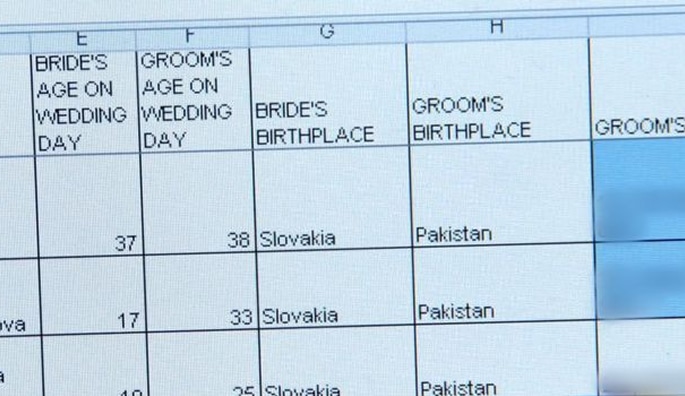 Ms Harper added: “Her autonomy was completely stripped from her and her body became nothing but a vehicle for Gombar and others to make money.

“It is perhaps hard to imagine a more callous and uncaring way to treat another human being.”

Gombar ran the operation with Sandorova and Adam, his step-daughter and her partner.

Wagle, originally from Nepal, became involved as he wanted to buy a bride. He was accused of raping the woman but was not charged.

Phone messages revealed he was trying to make money selling women to other men.

One victim explained that Sandorova gave her a short skirt and “sexy” clothing so she would look more provocative.

Another woman overheard a conversation between Gombar and Adam.

She told the court: “I believe he was involved in a similar thing to what Vojtech Gombar was doing, like taking girls and so on.

“At the time he had no girls, however, I heard him say he be doing the same thing as Gombar, according to what I heard he was planning to get girls for sale.”

Ms Harper went on to say: “Ratislav Adam was acting along with Gombar in controlling one woman and keeping her in servitude, if not slavery.

“He sold a woman in the city centre of Glasgow along with Jana Sandorova to Anil Wagle.

“After varying amounts of time the women did getaway, but it was rarely anything to do with the accused.”

The four were found guilty of included intent to exploit women, holding some in slavery or servitude as well as causing victims to work as prostitutes.

Lord Beckett praised the Slovakian authorities for their assistance.

He said: “Without the invaluable, international co-operation this trial could not have taken place.

“Their efforts has allowed justice to be done in relation to very serious and damaging criminal conduct.”

The Daily Record reported that the gang are in custody until sentencing on November 8, 2019, in Edinburgh.

Dhiren is a journalism graduate with a passion for gaming, watching films and sports. He also enjoys cooking from time to time. His motto is to “Live life one day at a time.”
Taxi Driver jailed for ‘Racing’ against a Driver causing Death
Indian Magistrate marries Woman who he ‘Sexually Exploited’