Farah Khan and Karan Johar have been close friends for more than 25 years. But did Farah Khan ever love Karan as more than just a friend?

"That is why maine bol diya no.”

Producer and filmmaker Karan Johar revealed Indian filmmaker and choreographer Farah Khan was once interested in him and even went as far as proposing to him.

The duo has been the best of friends for over 25 years. Farah Khan also made a cameo appearance in Karan’s Bollywood film debut, Kuch Kuch Hota Hai (1998).

However, it was a blink-and-miss appearance, so many Bollywood fans probably do not recall this moment in the popular film.

Karan and Farah have worked together on many occasions. Yet, what many did not know was that Farah Khan had her heart romantically set on Karan Johar.

According to an interaction on the show Yaaron Ki Baaraat, Karan divulged this interesting yet somewhat shocking revelation.

Despite claiming that he did not want to disclose this fact, Karan said:

[Though she is married now and I don’t want to say this, Farah pursued me a lot]. 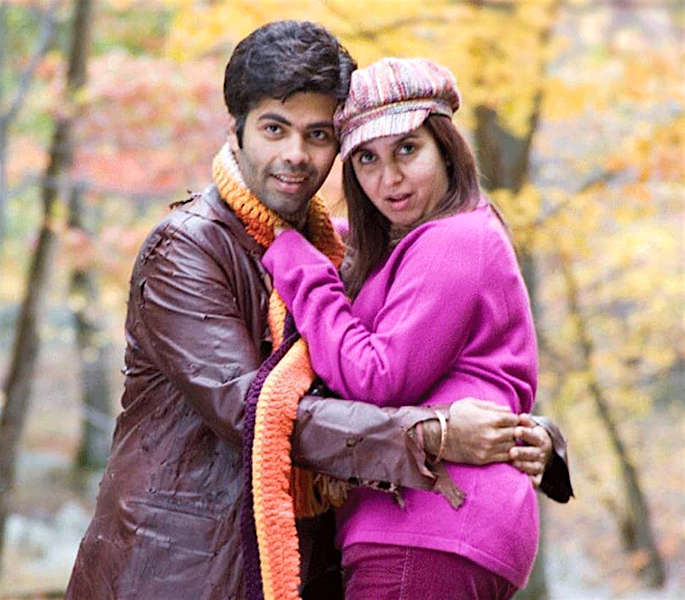 Karan continued to recall the time when Farah came into his hotel room in the middle of the night.

He stated he was “innocently” sleeping in his hotel room when he was disturbed by a knock on the door. He explained:

[In the middle of the night, when a girl comes to a boy’s room claiming that there is a ghost in her room … Am I an idiot to fall for it?]

Karan further added that Farah proposed to him, however, he had to turn her down. He added:

“There was a technical problem. Television ka tower bhi chalna chahiye, so I said, ‘Iss TV ko off hi kar do.’ That is why maine bol diya no.”

[The television tower needs to work as well, so I said let’s just turn off this TV. That is why I said no].

Karan’s claims were confirmed by Farah Khan who admitted they were true.

Despite the unrequited love for Farah Khan, she went on to find love with her husband Shirish Kunder.

He is also an Indian filmmaker and met Farah while working on her 2004 film, Main Hoon Na starring Shah Rukh Khan.

The couple wed on December 9, 2004, and are happily married with three children; Diva, Anya and Czar.

Meanwhile, Karan Johar is loving being a single father to his two adorable twins Yash and Roohi.

Even though Karan and Farah did not find love together, they continue to be close friends.

Ayesha is an English graduate with an aesthetic eye. Her fascination lies in sports, fashion and beauty. Also, she does not shy away from controversial subjects. Her motto is: “no two days are the same, that is what makes life worth living.”
15 Films watched by British Asians during Lockdown
Rakhi Sawant gets Trolled for Fake video call Screenshots with SRK