The next big event celebrating the achievements of the UK’s South Asian community is ready to go. With the finalists for the English Asian Business Awards announced, the prize-giving ceremony will be held on September 30, 2013.

"This will be a great opportunity for young and old entrepreneurs to really promote themselves."

The prestigious English Asian Business Awards 2013 is all set to be held at the grand Salford City Stadium in Manchester on September 30, 2013.

Promising a night of delectable cuisine, high-clad entertainment and the celebration of extraordinary Asian achievement, the English Asian Business Awards is one not to miss.

In its second successful year, the Awards aims to honour the success of the local and national British Asian and South Asian community, both men and women, that have built themselves up from scratch. 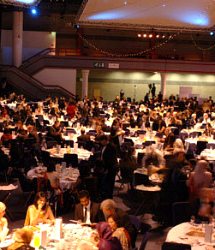 The evening will see some of the biggest names in the business world who have all made a remarkable impact on the Asian community across the country.

The event is a follow on from the hugely successful Scottish equivalent, which has been running for the past 7 years.

The evening will also celebrate the achievements of small upcoming business, young entrepreneurs and rising stars who have shown true grit and aptitude in business.

“We would like to thank the public for the fantastic response we received. I would also like to congratulate all of the finalists. We have some truly inspiring individuals in all of our categories.”

Alongside the big names in business expected to attend, the English Asian Business Awards have also made the conscious decision to provide an invaluable platform for small upcoming businesses and enterprises to promote themselves. 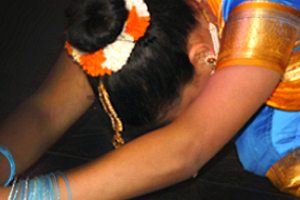 Small enterprises have been offered the opportunity to put forward their names. Once shortlisted, the most interesting final 3 will be given stage time on the night to promote their business. They will also be given a stall in the main reception area in order to engage industry guests.

Business Development Manager, Fozia Ali says: “This will be a great opportunity for young and old entrepreneurs to really promote themselves and gain some additional confidence.”

With such opportunities for new budding entrepreneurs, the English Asian Business Awards really has evolved into a significant annual event in the social calendar.

Alongside the younger achievers, the Awards will also highlight the Businessman and Businesswoman of the Year, The Community Award, Creative Mind 2013, and Power Business of the Year.

Here is the full list of Finalists for the English Asian Business Awards 2013:

Lifetime Achievement Award
To be announced on the evening

So are you keen to find out who will bag Business of the Year? The 2013 English Asian Business Awards will be a grand spectacle not to be missed. The Awards is also proud to support The Well Foundation as its official charity partner. The Well Foundation, founded in 2008, will raise money throughout the night for clean water supplies across the globe.

Oceanic Consulting, which is responsible for ethnic promotions across the UK has organised the event. More details about the event can be found on the English Asian Business Awards website.

Aisha an English literature graduate, is a keen editorial writer. She adores reading, theatre, and anything arts related. She is a creative soul and is always reinventing herself. Her motto is: “Life is too short, so eat dessert first!”
Miss America Nina Davuluri in Racism Backlash
Visiting Delhi on a Budget