From great performances of Babar Azam to batting collapses, Pakistan cricket has seen it all. We explore whether the Men in Green lack batting talent.

"My gosh, he is something special.”

The Pakistan cricket team usually blows hot and cold, especially when it comes to their batting performances across all three formats.

Despite doing well in T20 cricket, their batting is very inconsistent in other formats. This has been the case, particularly in One Day International (ODI) and Test cricket.

Poor batting has led to many debates on whether the Green Shirts have the talent in batting.

There are other questions that come to mind. They include what defines cricket talent and what are the expectations from the Pakistan Cricket Board (PCB).

Additionally, key issues that relate to this topic include the domestic structure and selection. Is real talent being wasted and compensated for others?

We delve into this debate further, highlighting both sides of the coin.

The Phenomenal Success of Babar Azam 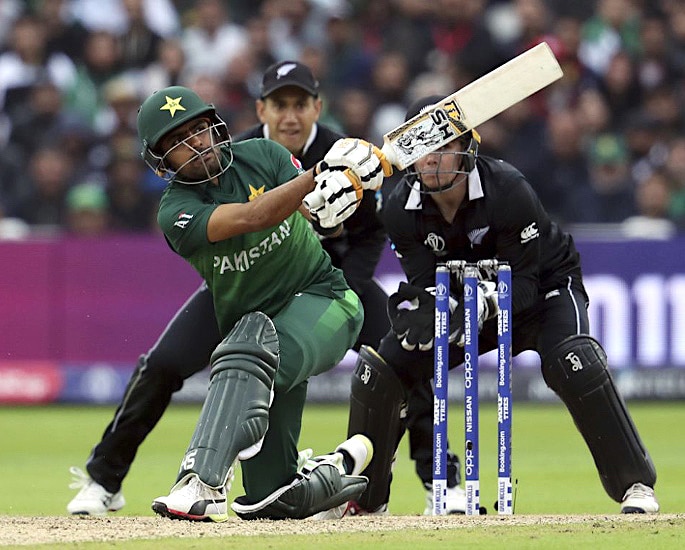 Despite a slow start, he is also on the way to a good Test average. He can definitely be the number one batsman in all formats.

There are many comparisons made between him and Virat Kohli. Whilst Kohli has a slight edge, Babar is catching up and ahead in some aspects.

Babar also has age on his side. This counts majorly in his favour. His unbeaten 101 against New Zealand in the group stage of the 2020 Cricket World Cup stands out.

“He (Azam) has emerged over the last year or so into something that is going to be so special.

“We talked about how Kohli is so good on the eye as a batsman. If you think Kohli is good to watch, have a look at Azam bat. My gosh, he is something special.”

The Pakistan cricket team will be hoping that Babar can continue his rich form for many years to come. 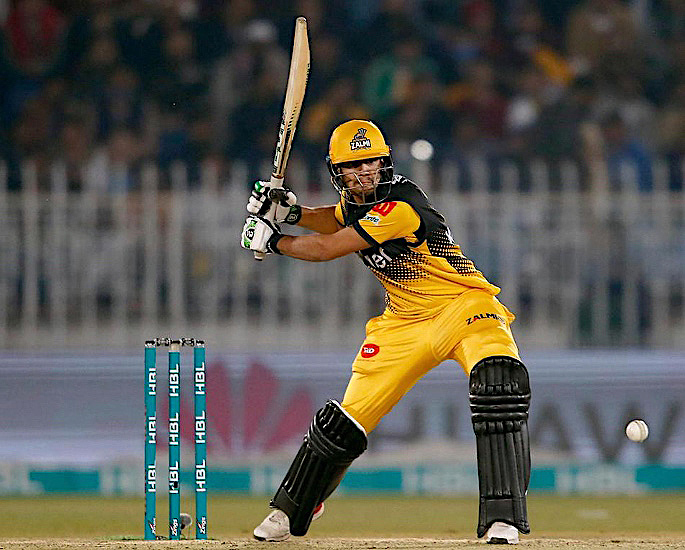 After a long time, Haider Ali is the most excitable batting talent. The 2019/2020 has been a very successful season for him.

In a very short space of time, he has made a big impression in all three formats of the game.

Participating in his first Quaid-e-Azam trophy, the premier first-class competition, Haider made 645 runs total. He was averaging a tad just under fifty, which is really good.

Despite losing the final against Central Punjab, he smashed 134 in a match featuring Test players.

In late 2019, he went on to continue playing well. He averaged forty plus for a Pakistan Emerging XI team in the Asian Cricket Council Emerging Teams Cup event.

Haider was also part of the Pakistani team for the under-19 Cricket World Cup 2020. In that tournament, he made a fifty-six as an opener in the semi-final defeat versus India.

Haider found further success and came to the limelight at the 2020 Pakistan Super League competition.

He first came to the party, scoring thirty-four off twelve balls in their sixteen runs win over Lahore Qalandars. This day/night game took place at the Rawalpindi cricket stadium on February 28, 2020.

“Haider Ali could be Next Babar Azam ?”

His best innings of the competition came against the same opposition in a losing match at Gadaffi Stadium Lahore on March 10, 2020.

Batting at number five, Haider made sixty-nine off 43 balls, including four 4s and equal 6s.

Whilst it is very early days, Haider has had a terrific start to his cricket career and shows Pakistan has batting talent, be it in small portions. 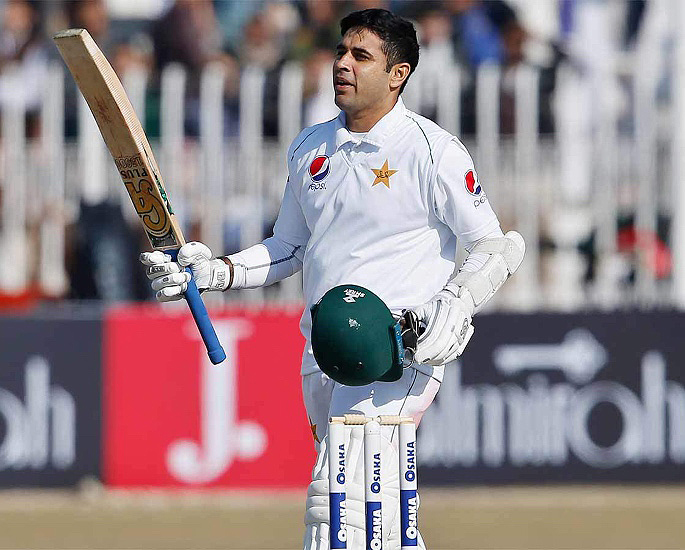 The PCB certainly needs to push and concentrate on batsmen, especially during future tournaments. This also links back to the development of batsmen at the grassroots level and the domestic structure.

If we take the example of the domestic structure, the only player that has come up the ranks is Abid Ali.

But in his case, the big question is why did it take so long for him to come into the Pakistan side. It is somewhat unjust to induct a player of his calibre after he is thirty years of age.

So whilst there may be talent, many times there are issues of selection and favouritism.

When dissecting the PSL, it is a major cause for concern. Barring Fakhar Zamzam, there have been very far and few players to have made an impact for Pakistan.

Despite dashing batsman Asif Ali doing well in the PSL, he has not been able to take that form at the international level.

Speaking on The Pitch Side Expert Podcast, former Australian all-rounder highlighted some of the issues relating the batting;

“They have to develop the young batsmen outside that franchise model. The domestic structure around the PSL is vital to their acceleration.”

“I am sure Pakistan has recognised that there is a slight dip in the depth of their batting.”

“You have to ask the questions. Is it the surfaces they are playing on or is there a lack of coaching and guidance around the technical side of batsmanship which is missing?

“There is got to be a reason because Pakistan have had some really fine batsmen historically.”

In comparison, so many great bowlers have come from the PSL, including Hasan Ali, Shadab Khan, Shaheen Shah Afridi and Haris Rauf. 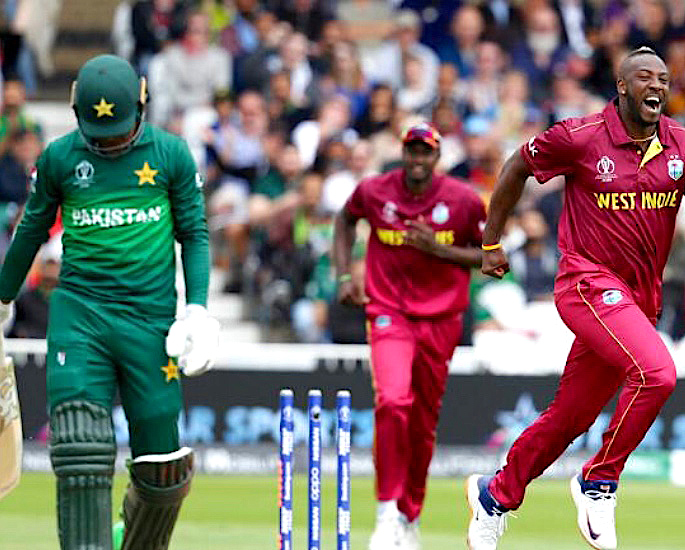 This begs the question again about the lack of batting talent, selection issues and more importantly experienced players unnecessary prolonging their careers.

The biggest problem the team has faced is batting second or when chasing in the limited-overs format.

However, there have been times when their performance was very poor even batting first. The perfect example being the abysmal performance of Pakistan in their opening match of the 2019 Cricket World Cup.

Pakistan was skittled out for 105 in 21.4 overs against the West Indies. That match itself cost Pakistan a place in the semi-finals of the tournament.

To not play the full fifty overs was like a cricketing crime. This leads to the question of what constitutes talent. Surely perseverance and playing according to the situation is very important in a match like this.

Talent is not just about hitting those flamboyant shots all the time.

If two-three more players had the same talent and consistency of Babar Azam, no doubt Pakistan would have a much better win ratio, especially in the ODI and Test arena.

Ever since the retirement of Misbah-ul-Haq and Younis Khan from the Test game, Pakistan has struggled in this particular format.

To counter this argument, some may feel the talent is there but the development programme is not quite working, along with unfair selections.

Despite all the arguments, there is no doubt the batting talent cannot compete of the 1999 Cricket World Cup squad.

Also, players are failing to emulate the success of greats such as Javed Miandad, Majid Khan and others.

It definitely is not all doom and gloom. However, the PCB does need to address some of the aforementioned points. Otherwise, there will be a serious lack of batting talent within Pakistan cricket.

Pakistan cricket has been known for its raw talent. Hence, the real issue is understanding the nature of why Pakistan batting continues to fail.