Divya Agarwal has been announced as the winner of Bigg Boss OTT’s first ever season and received a RS 25 Lakh (£2 million) prize.

"I kind of forgive but I don't forget."

Divya Agarwal has been announced as the winner of Bigg Boss OTT’s first ever season.

After six weeks of being stuck in a house with 12 other people, the television actress took home a RS 25 Lakh (£2 million) prize.

It comes despite Divya having a somewhat difficult time making friends and getting along with the other contestants.

A video of her cutting a cake and celebrating her win with her boyfriend Varun Sood and close friends later emerged on social media.

Speaking of her win with the Times of India, the reality star said: “Suddenly I don’t feel like I was away for such a long time.

“After I came home, everyone greeted me with so much love and affection that it didn’t feel like I was away from them.

“Winning this show feels like a dream. Varun’s family from Delhi came to greet me… they were very confident of my win.”

Divya mainly butt heads with actress and interior designer Shamita Shetty – who is also Shilpa Shetty’s sister – during her time in the house.

She added: “After the show ended yesterday, we all are tired and resting. No one has got enough time to do other things.

“But I will not contact her first. I genuinely want Shamita to contact me first and I want to see how she approaches me.

“Because throughout the show her approach towards me was full of misunderstandings. So I would like to see that effort from her end and want to know her in real life.

“Because many things happen in that house and I kind of forgive but I don’t forget.”

She celebrated her win with her beau Varun Sood and Rannvijay Singha, along with the rest of the family. 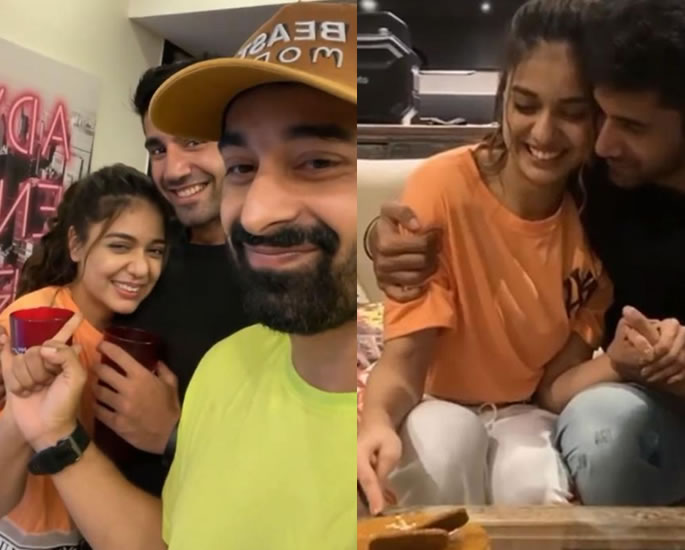 The theme of the Bigg Boss competition was ‘Stay Connected’ as all six men and seven women entered in pairs with the exception of one person.

Their challenge was to work on making their connection stronger and survive while audiences voted on potential levels of punishment.

Choreographer Nishant Bhatt was named the runner-up of Bigg Boss OTT in a star-studded grand finale on Saturday, September 18, 2021.

The show premiered exclusively on Viacom18’s streaming services Voot and Voot Select on Monday, August 8, 2021, and was hosted by Karan Johar.

It launched ahead of the fifteenth season of its TV counterpart Bigg Boss which will begin on Saturday, October 2, 2021, and air on Colors TV.

Bigg Boss will once again be hosted by Bollywood’s Salman Khan who has been associated with the show since season 4 in 2010.

He has certainly been the highest-paid host and it is believed that he will be paid a whopping Rs 350 Crore (£34 million) for 14 weeks this year.

It’s also thought that this season, the competition will be made more interesting with a new wildcard contestant for every eviction which takes place.

Among those who will be entering the house are TV actress Bhumika Chawla, comedian Krushna Abhishek and VJ Anusha Dandekar.

Naina is a journalist interested in Scottish Asian news. She enjoys reading, karate and independent cinema. Her motto is "Live like others don't so you can live like others won't."
Janhvi Kapoor parties with rumoured ex Aksant Rajan
Deepika Padukone crashes Ranveer Singh’s AMA session