Ranveer had posted “Chal, ask me anything” on his Instagram story with a kiss emoji and Deepika asked: “When are you coming home?”

"The first time I saw her, I almost went flat!”

Ranveer had posted “Chal, ask me anything” on his Instagram story with a kiss emoji for his fans.

Deepika then took the opportunity to jump online and ask him: “When are you coming home?”

Or: “Warm up the food, baby, I’ll be coming soon,” along with a kiss emoji.

It comes as a fan asked him for one word to describe his wife during the session and he responded: “Queen.”

The Bollywood couple first met at the Zee Cine Awards in Macau in 2012.

Ranveer has previously said: “The first time I saw her, I almost went flat!”

He also recalled that the actress had been wearing a stunning silver gown at the time. 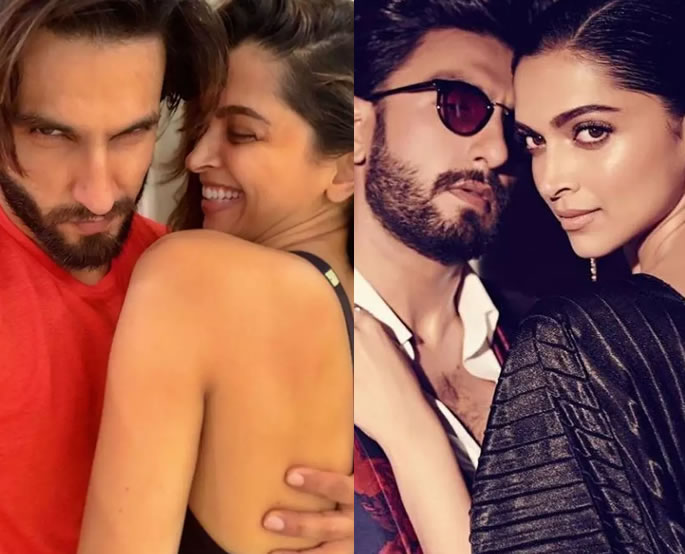 One fan asked Ranveer on Twitter: “How can you remember something that happened so long ago, so well?”

He responded: “How can one possibly forget that sight?!”

The pair got married in a secret ceremony in Lake Como, Italy in 2018 and have been together ever since.

DeepVeer, as they are often referred to by fans, have also starred in a number of movies alongside each other.

These include RamLeela back in 2013, Bajirao Mastani in 2015 and most recently Padmaavat in 2018.

The husband-wife acting duo will also appear together in the upcoming biographical sports film, 83.

Directed by Kabir Khan, the movie follows the life and career of former and famous Indian cricketer, Kapil Dev.

It takes its name from when he led the country to victory as the team captain in the 1983 Cricket World Cup.

It has had several release dates since but coronavirus has now caused it to be postponed indefinitely.

Deepika Padukone’s most recent film was Chhapaak in 2019, which is also biographical.

It is based on the life of Indian acid attack survivor, Laxmi Agarwal and her fight for a ban on acid sales.

Also inspired by a true story, it follows an aspiring street rapper from the Dharavi slums of Mumbai.

Naina is a journalist interested in Scottish Asian news. She enjoys reading, karate and independent cinema. Her motto is "Live like others don't so you can live like others won't."
Divya Agarwal announced Bigg Boss OTT Winner
15 Best Bollywood Family Films You Must Watch