The Australian-American biographical thriller, Hotel Mumbai has had favourable reviews after releasing in the UK and Ireland on September 27, 2019.

The Sky Cinema promotional film reconstructs the powerful story of the Mumbai terror attacks. The attacks shook the cosmopolitan city on November 26, 2008.

On 26/11, guests and staff became trapped as they were under potential threat from terrorists at the prestigious Taj Hotel. These individuals had to show a lot of resilience and bottle when fighting for survival.

Director Anthony Maras has his film debut with this strong and moving film. The stellar cast plays different characters, which reflect the inspiring stories of the real-life survivors.

Ahead of the UK and Irish release, DESIblitz had an exclusive rendezvous director, Jason Isaacs and Nazanin Boniadi to find out about their experiences and thoughts. 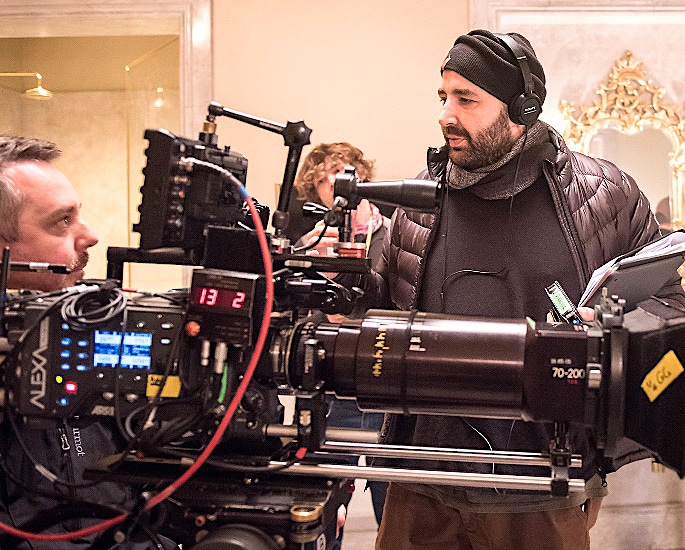 Director Anthony Maras who is the co-writer of the film with John Collee was ecstatic prior to the release, especially with it having links to England.

Besides actors Dev, Nazanin and Jason having resided in the UK, Maras mentioned why London and England was a special place for the release:

“So many people from the UK and from London, in particular, were caught up in the attacks.”

Anthony did a lot of research, along with travelling and questioning people at the Taj Hotel before making this film, which some may find extremely distressing:

“After having seen the documentary and being really taken aback by first-hand survivor stories,  spent a close to a year just listening. We travelled the world.

“We spent a lot of time at the Taj itself, interviewing staff members who still work there, other guests who’d come from other parts of India to meet, to talk about it in America and Australia.

“And we did some interviews and plenty of others by Skype, phone. And you know, you feel this incredible sense of responsibility.

“We are artists. We’re filmmakers, so we didn’t have to…thankfully go through any of this.

“But you really hope that you do justice to do what these people had to endure and live through.”

Responsibility was like an obligation for the cast and crew working In this film. Anthony believes that the story is even more relevant now, with many attacks taking place.

Anthony had taken inspiration from various people that had to face such testing times at the hotel:

“One of the things that really struck me about the story was you had people who came from all these different walks of life who were basically in a situation where there was no help.”

Maras refers to waiters, chefs, staff and visitors that did risk their lives when helping one another. In some cases, many had to witness blood on the ground.

In reply to a question about memories when shooting the film, Maras told us the importance of the cast and crew bonding together:

“I think the fact that the subject matter was so tense….there was this need for the cast and the crew to really bond outside of what we’re doing on set.”

Anthony continues talking about the friendship that has come from working with such a wonderful team:

“It’s the people more than anything else. Like every time I am in England or…. in LA, we’re always catching up.”

For Maras, it was a huge honour to be working with such refined actors and a great script for his first film

Anthony could not have asked for a better film to introduce himself to the world of cinema. He definitely had the support of the actors and producers to turn this film project into a reality. 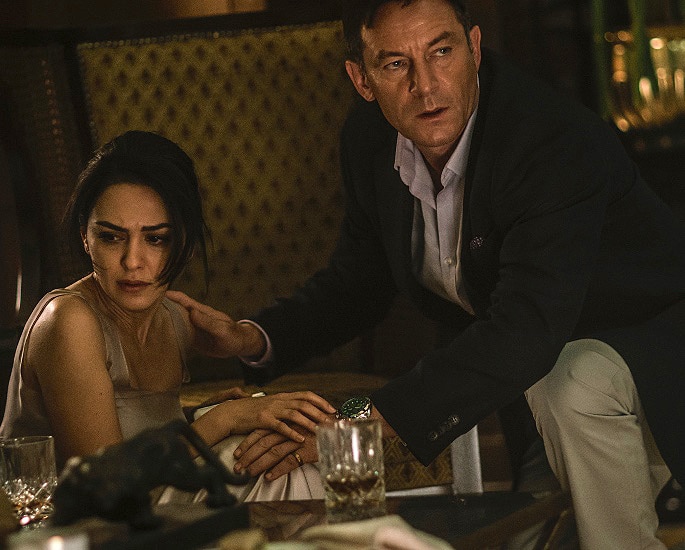 Jason who plays an ex-Russian operative, Vasili is amongst the day guests that find themselves in the middle of this traumatic incident.

Despite coming from different backgrounds, Vasili and others gel together to show their bravery as they save each other in the film.

Although there were real causalities in 2008, Isaac alludes to the act of heroism as he expresses:

“With 1500 people in the hotel….32people tragically lost their lives. And that means that. 1,468 walked away because of how they treated each other.

“And so it was inspiring to be part of it.”

“I remember watching it. How was it like filming it? Being part of that story, retelling that story.”

Isaacs also had a great time in a diverse India where he got to know about the reality and impact of this attack on the hotel. He states:

“First of all, India was an extra experience for me, for anyone who goes there. You come back to the Western thing.

“We live in a strange fossil because it’s so bright and colourful in every way culturally.

“But to go to the hotel and to meet the staff and to be around the places that these events happened, grounds you in reality, a reality that we as actors wanted to bring.”

The characters in the film were like an amalgamation of many different people that were caught up in the hotel sacrificing their lives for others.

Jason and the other actors had to respect the privacy of the real individuals, yet showcase the most touching parts of their stories.

Jason said the characters, the story and setting of the film are very similar to what actually took place:

“Well, just everything that you see on screen happened. Yeah. We were keenly aware of that whenever we did it.

“Anthony, the director made sure that we felt in the space imaginatively all the time. So there were gunshots and screams and noises that would keep us grounded.

“Whereas a film set is normally full of chat and jokes and music and laughter. We tried to keep ourselves in a kind of fight or flight mode and it was a very intense experience.”

Hence, film audiences will have an equally intense and nerve-wracking experience that was felt by Jason when shooting the film.

Jason spoke about the camaraderie amongst all the cast members when working in such a nail-biting film:

“When we were shooting, we were in this bubble of intensity and tried to stay in that space all day.”

“It’s the only film I’ve been on in 30 something years where all of us went to eat together every night.

“We felt the need to connect out of character every single night to shoot. It’s a tribute to the director that he managed to keep that bubble going for the whole time.” 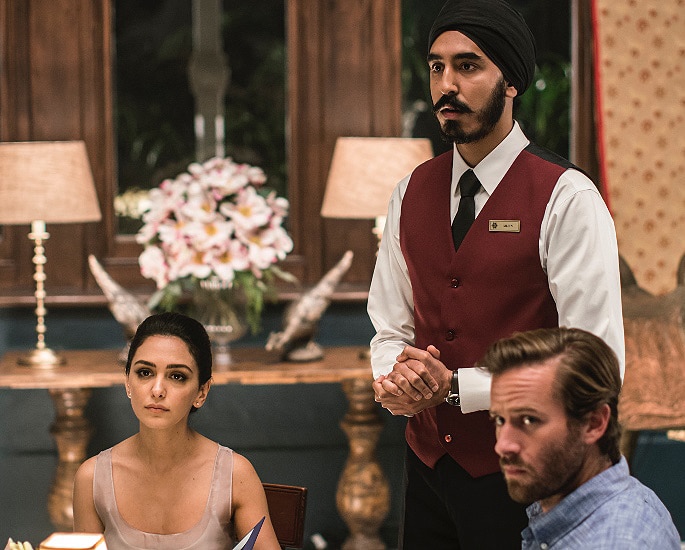 According to Boniadi, the film is equally path-breaking and challenging. Sharing her experiences of the film she says:

“I mean, it’s traumatising and confronting. But at the same time, I think the thing that you walk away from the film where there’s a sense of being inspired and filled with hope.

“And I think that’s exactly the experience that we’ve had as actors.”

Filming in India, was a unique opportunity for Nazanin to try and revive the real-life incident, giving the movie more credibility.

Shedding light on this, Boniadi recalls:

“It’s not something we were used to, but different in the most amazing way.”

“For me, it just lends to the authenticity of the film. It immersed us in the exact environment that it happened in. And I can’t imagine having filmed anywhere else really.”

Watch interviews with Director and Cast of Hotel Mumbai: 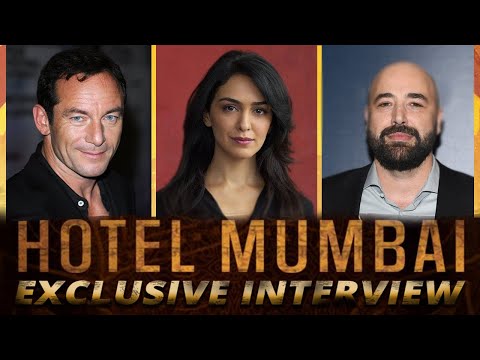 For both Isaacs and Boniadi, this was not a conventional film. More than their individuals’ roles, it was about the formidable storyline taking control of the environment that the actors found themselves in.

Isaacs and Boniadi were fortunate to share screen space with the likes of veteran Bollywood actor Anupam Kher. Kher has had an illustrious career, acting in more than 520 films.

Overall Hotel Mumbai details the elements of survival and the essentials of good human beings. It is very different from what people may have heard at the time.

As Jason says it is a real-life incident analysis.

Faisal has creative experience in the fusion of media and communication and research which increase awareness of global issues in post-conflict, emerging and democratic societies. His life motto is: "persevere, for success is near..."
Alia Bhatt to Marry Ranbir Kapoor in January 2020?
Salman Khan is back as Cop ‘Chulbul Pandey’ in Dabangg 3