Cricketer Robin Uthappa and Sheethal Goutham have had their first baby! The happy couple shared the news on social media, with many congratulating them.

"Our bundle of joy has arrived!! Thank you for all the love and support!!"

Happy news for Robin Uthappa and Sheethal Goutham as they welcome their first baby! The couple revealed the exciting announcement on social media on 11th October 2017.

The cricketer’s wife Sheethal delivered the baby boy in a Bangalore hospital. Named Neale Nolan Uthappa, both Robin and Sheethal appeared in good spirits as they posed for an image with their son.

The sportsman also thanked fans for their support throughout Sheethal’s pregnancy.

Sharing it on Twitter and Instagram, Robin captioned the image with: “Our bundle of joy has arrived!! NEALE NOLAN UTHAPPA thank you for all the love and support!! #whentwobecomethree #batmenandjoker [sic].”

In response to the message, many fellow cricketers sent their well-wishes to Robin and his wife. Players such as Ashwin Ravichandran and Suresh Raina congratulated him on Twitter, with cricketer Prabhu also commenting:

“Fantastic. Take Care. As they say, life doesn’t change when u get married but when u have a new bundle of joy. Enjoy. [sic]” 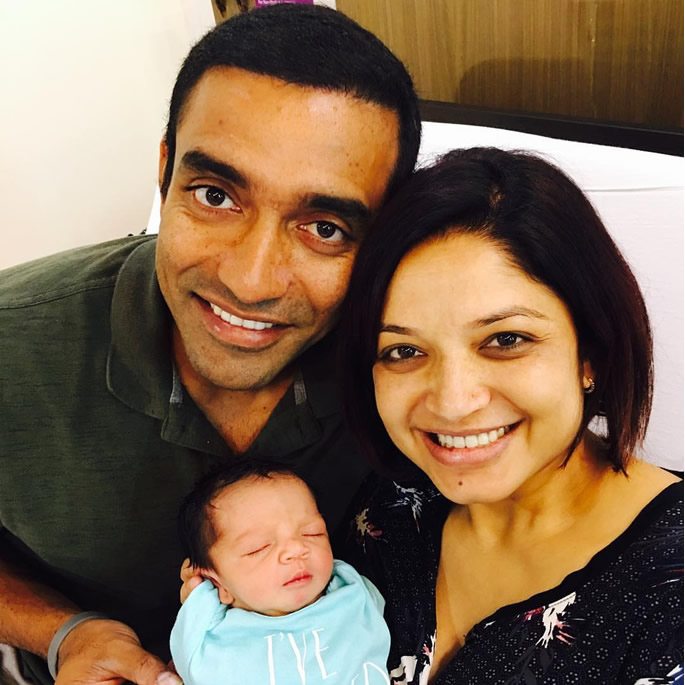 With the arrival of their first baby, this serves as the next joyful moment of Robin and Sheethal’s relationship. The long-term partners got engaged back in November 2015, witnessing a beautiful wedding in Bengaluru in March 2016.

Many stars from the cricketing world had attended their glamorous reception, after a romantic private ceremony.

The two often describe their relationship as ‘Batman and Joker’, which Robin referred to in their announcement. Now with the birth of Neale Nolan Uthappa, they will no doubt look forward to their new journey as parents.

But while Robin becomes a first-time father, he also enjoys a strong career in cricket. For 15 years, he played under Karnataka for domestic cricket, serving as one of their key players.

However, back in August 2017, he decided to make a change and signed up to Saurashtra, prior to the 2017/18 Ranji Trophy season. In a statement they announced:

“SCA feels confident that Robin will add strength to [the] strong Ranji Team of Saurashtra with his vast experience and commendable performance.” Meanwhile, in the IPL, the cricketer has played for Kolkata Knight Riders since 2014.

Sheethal has also achieved a remarkable sports career but in tennis. The first-time mother hails as a talented tennis player.

DESIblitz wishes Robin and Sheethal congratulations on the birth of their first baby.