Several names have put themselves forward to lead the Labour Party. One of those is Lisa Nandy but can she lead the party to success?

"The honest answer is that I am seriously thinking about it."

Indian-origin MP Lisa Nandy is one of several candidates who are considering running for Labour Party leader.

Following the 2019 General Election, the Conservatives came out on top while Labour suffered their worst showing since 1935.

After their disastrous loss, Labour leader Jeremy Corbyn announced that he will step down from the role before the next general election but said that he would remain as leader for now.

While it is unclear how long Mr Corbyn intends to remain as Labour leader, the list of potential successors continues to grow.

One of those names is Lisa Nandy who revealed that she was “seriously considering” running for the role.

The 40-year-old is a veteran Labour politician, having represented her Wigan constituency for almost ten years.

Lisa was born to Dipak Nandy and Louise Byers and she began her political career as a researcher and caseworker for Labour MP Neil Gerrard.

Ms Nandy became a Labour councillor for Hammersmith Broadway from 2006 and 2010.

After serving as a shadow cabinet member for housing, she took up the Labour stronghold Wigan from Neil Turner in 2010.

Ms Nandy initially voted to remain in the EU but has now backed Brexit, supporting Boris Johnson’s Brexit deal and the country’s choice to leave the EU. 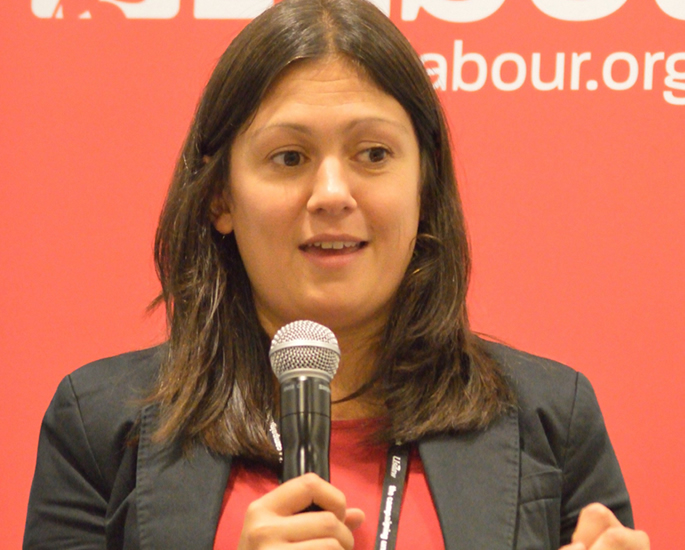 She spoke on the Andrew Marr Show on December 15 and revealed her consideration for the leadership role as well as her reasons behind it.

Ms Nandy said: “The honest answer is that I am seriously thinking about it.

“The reason that I am thinking about it is because we have just had the most shattering defeat where you really felt in towns like mine that the earth was quaking and we have watched the entire Labour base just crumble beneath our feet.

“We need to think seriously now about first of all how you bring those lifelong Labour voters – who felt that they not only couldn’t vote Labour but actually in many instances chose the Tories – how you bring Labour home to them.

“And I also think that we have to seriously think about how we rebuild that coalition that has propelled us to power three times in the last 100 years.

“The Lewishams and the Lees, how you speak for both, I think that I definitely have a contribution to make.”

“I come from one part of that coalition, I lived in and represented another part for the last decade.

“But I think we need to take a bit of time to think seriously about how we’re gonna take that very hard road back to power and who is best placed to fix it.”

While announcing her interest, Ms Nandy criticised Labour’s manifesto for the 2019 election. She claimed that some of the promises did not connect with the general public.

She stated that Labour had “lost touch with the day-to-day lived experience of many of the people we want to represent.”

He said that a meeting would take place to set a date for the forthcoming election and Mr Corbyn would step down in 2020.

Lisa Nandy was one of several Asian-origin candidates standing in the election. She has revealed her honest intentions, stating what needs to be done.

While it is still the early stages, Ms Nandy’s announcement looks to be promising.

Dhiren is a journalism graduate with a passion for gaming, watching films and sports. He also enjoys cooking from time to time. His motto is to “Live life one day at a time.”
Aishwarya Rai says Mother-in-Law Beat & Threw Her Out
Will the Nirbhaya Rapists be Hanged for their Heinous Crime?