A Birmingham-based man has been jailed for almost eight years for a machete and baseball bat attack on a man, resulting in slash wounds and head injuries.

"A 31-year-old sustained a knife wound to his leg."

Mohammed Waqas, aged 27, of Saltley, Birmingham, was jailed for seven years and 10 months on Wednesday, January 9, 2019, at Wolverhampton Crown Court for a vicious attack on a man which left him with head injuries and slash wounds.

He was part of a gang who targeted the 31-year-old man on May 23, 2018, at a petrol station in Tipton. The men were armed with machetes and baseball bats.

It was heard that the victim had been walking along Park Lane East in Tipton when a gang in a red Audi A3 attempted to drive at him at approximately 7.50 pm.

The man jumped into a passing Vauxhall Corsa but the vehicle was chased onto a petrol station forecourt in Dudley Port, Tipton.

Waqas and the gang attacked the car with baseball bats and smashed its windows. They later attacked the victim with the weapons.

While two other people who were in the car got away, the man suffered head injuries and slash wounds to his legs from the machete. 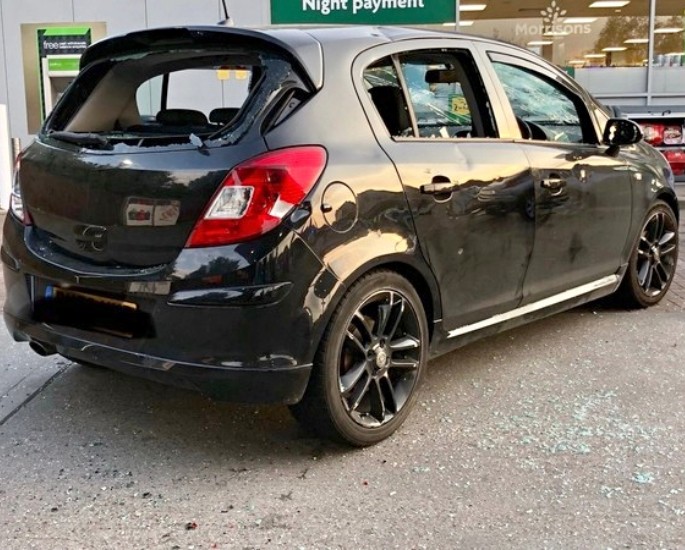 The violent attack took place just metres away from the Morrisons convenience store and Subway shop.

The attack by Waqas and the masked men sparked a huge police operation which led to armed police being called to the scene of the crime. Customers were locked inside the petrol station to protect them while the attack took place.

Following the attack, the victim was taken to hospital where he required surgery to serious but non-life threatening injuries.

Police appealed for any witnesses to come forward to help identify any of the attackers. 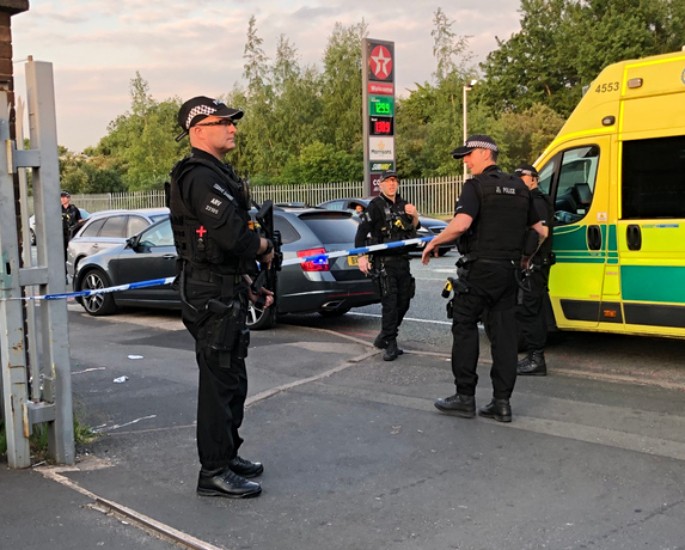 A West Midlands Police statement read: “A 31-year-old sustained a knife wound to his leg. He was taken to hospital for treatment.

“Work has been ongoing to trace the offenders who are reportedly aged in their 20s and Asian.”

CCTV images showed the balaclava-wearing gang armed with baseball bats and machetes during the attack.

Police identified Waqas leaning on a car to steady himself. Once identified, they matched a fingerprint to his, linking him to the attack.

It is still unclear why the victim was targeted by Waqas and the other men. A spokesman said: “The motive was never properly established.”

Mohammed Waqas pleaded guilty to causing grievous bodily harm with intent, breaching an anti-social behaviour order and driving without a licence or insurance.

He was sentenced to seven years and 10 months in prison.

None of the other men involved in the attack were charged as there was not enough evidence to charge them.

The spokesman added: “No other suspects were charged due to insufficient evidence.”

Dhiren is a journalism graduate with a passion for gaming, watching films and sports. He also enjoys cooking from time to time. His motto is to “Live life one day at a time.”
Tipton Man jailed after being found with Drug Stash and Taser
Bank Worker and Football Mate jailed for £200,000 RBS Bank Fraud