Bharti Singh has shared a new video about her newborn son on her and Haarsh Limbachiyaa’s YouTube channel. Their child was born on April 3.

"Two of us came here but three of us are leaving."

Bharti Singh, who welcomed a son with her husband Haarsh Limbachiyaa on April 3, 2022, has shared a new video about the baby on their YouTube channel.

Bharti documented her last day at the hospital and her newborn baby’s first car journey in the video.

She also shared a glimpse of the baby’s welcome to their home and revealed the nickname she and Haarsh have given him.

Bharti Singh, recording the video from her hospital room, revealed that she and Haarsh Limbachiyaa were hoping to have a baby girl.

She said: “We wanted a baby girl, but we have welcomed what we got.”

Bharti also shared the immediate changes that the baby has brought into their life.

She noted that the baby, whom they have nicknamed Golla, has become the star in their family.

She said: “It’s a very different feeling. It’s indescribable. You always want to see the baby. I have forgotten the world. We call him Golla because he is golu-molu (cuddly).

“Haarsh and I see his face whenever we close our eyes, so he has become quite famous to us.

“Today I can understand why our parents cared for us so much. It’s a very lovely feeling.

“Haarsh and I are very blessed. Two of us came here but three of us are leaving.

“We keep looking at him for hours, watching as he gives 1000 expressions in one minute. Both the baby and I are doing great.”

She also shared a video from their car journey, during which Haarsh was seen in the back seat holding the baby.

The family then arrived at home, which was decorated with blue balloons to welcome the baby.

On April 4, 2022, the couple shared a video on their YouTube channel in which Bharti Singh documented two days before delivering the baby.

The video begins with Bharti Singh talking about experiencing back pain.

She said in the video that she did not inform her family members or even Haarsh about the back pain because they would not let her go on the shoot the next day.

A few minutes later, Bharti recorded herself from the sets of the show she is currently hosting.

Soon, she informed her viewers that she is experiencing labour pain.

A happy and excited Haarsh is seen hugging Bharti.

Bharti Singh is heard saying: “I am scared but also excited.”

“I haven’t experienced this kind of fear even before entering the stage.”

Haarsh adds that she is scared because it is her first delivery: “This is your first pregnancy, which is why you are scared. Next time, you won’t be.”

Bharti Singh and Haarsh Limbachiyaa first met on the sets of Comedy Circus and started dating in 2011, before tying the knot in 2017.

They announced the pregnancy in December 2021 and welcomed the baby on April 3, 2022. 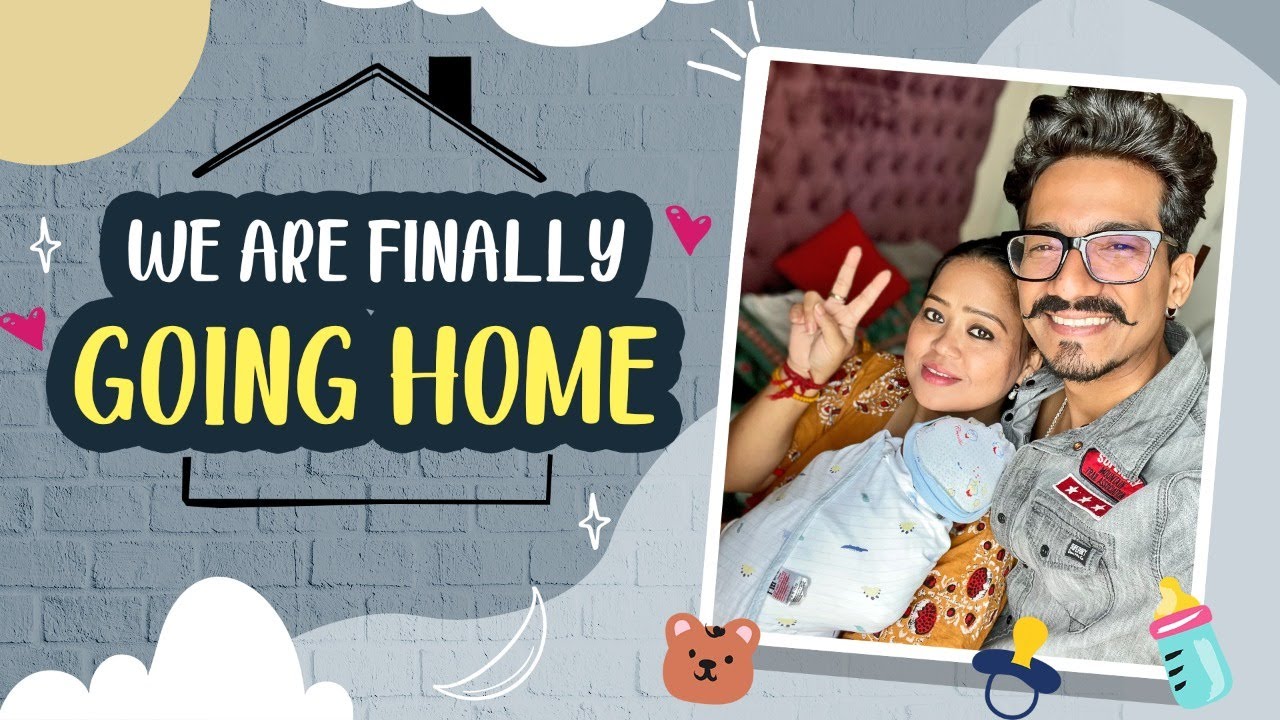 Ravinder is a Journalism BA graduate. She has a strong passion for all things fashion, beauty, and lifestyle. She also likes to watch films, read books and travel.
US Law Professor calls India ‘a s***hole’ on TV Show
Is Deepika Padukone jealous of Ranbir Kapoor & Alia Bhatt?