Are Girls still into Desi Cooking?

Being able to cook Desi food has always been a tradition passed down from generations to girls within a family of South Asian roots. We look at how lifestyle changes and attitudes of British Asian girls affect this life skill and find out if it’s needed or not.

"My niece is 21 and can't cook anything (apart from toast)"

At one time it was a skill necessary and acquired to enhance the chances of finding a husband and marrying into a good family. Using the saying ‘a way to a man’s heart is through his stomach’ was very true in many cultures including those from South Asia. 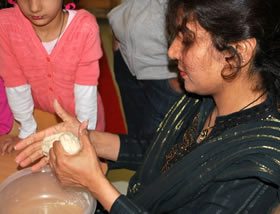 Typically, a girl was taught by her mother at a very early age to learn how to cook South Asian dishes, make rice and chappati. Grils as young as eight were hurled into the deep end in the kitchen to help their mother. So. by the time they were in their teens, they were competent in the kitchen. This was a skill ‘expected’ from women by the time they married, which was usually young too, so that they could cook for their their husband, children and in many cases, in-laws.

Majority of men from early generations of British Asians did not have or see the need for domesticated skills, especially, in the kitchen. Cooking was not something commonly done by men and was ‘left’ to the women. Many men could not even make a cup of tea for themselves. Because roles for Asian men and women were defined at that time by women mostly staying at home bringing up children, not working, and cooking all the family meals. 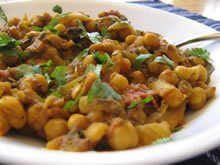 As more and more British Asian girls have got educated, adopted professional careers and gained independence; domesticated skills such as cooking are not a priority like the past. Parental pressure is not placed on the girls like the past and mothers of the girls tend to cook family meals without much help from their daughters. Primarily, because the mothers do not want to distract the girls from their studies and professional working lives.

Additionally, the growth in the food industry of take-aways, restaurants, ready made desi meals and pre-prepared ingredients has had its impact on how many have the desire, time or ability to cook. This has led to a decline over the years in the number of British Asian girls that can cook. A talent once highly recognised within a family and a highlight for those girls who made the first dish or chappati in the household.

For working couples, this is driven usually by who is able and free to do the cooking compared to the other. And in many cases of new generations of young British Asian women, they no longer see cooking as a life skill that is mandatory. 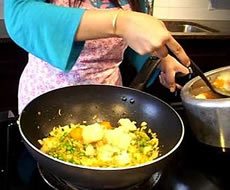 Older generations would argue this is a sad loss because it is skill once acquired, which is handy for life. Learning how to cook can help you to be more healthy, creative with food and cost effective too. You can decide which ingredients you use and eat, you can create new dishes and experiment, and by buying fresh produce it is much cheaper than buying food already cooked.

Those Asian girls that learn to cook and can cook, are aware that it is an important aspect of their lifestyle. Some feel it’s something that is not a priority and something that can be learnt later. When asking British Asian girls about their cooking habits, we got some interesting replies. 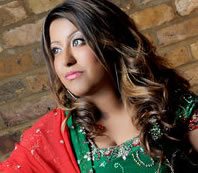 Jiya in her early twenties learnt to cook from her mum and dad and says: “I started at the age of about 17 and learnt how to cook rice, eggs, daal and sabziyan. I had to learn before I moved into residence at University and it’s been very useful for me because of cost.”

“I was eight years old when I started to learn from my mum and dad. I think it’s important for girls to be able to cook because home cooking is better than takeaways and a kuri should cook for her family, and when you get married you need to know how to cook for the in-laws and hubby.”

Nazreen Ahmed a radio producer and director, aged 40, from Birmingham says: A few years ago (1994) I moved to London and taught myself how to cook as I missed home cooking and eating out was too expensive. I used my memory of mum doing it and some recipe books to teach myself. I think younger Asian girls have a lifestyle that doesn’t appreciate learning to cook. My niece is 21 and can’t cook anything (apart from toast) and has no desire to learn. I guess it also depends on your parents too.” 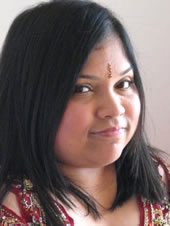 Shazia aged 19 from London says: “I don’t see the need why I have to learn to cook. Men can cook too not just women. I’ve got other things that are important for me in life.”

Sultana Rehman from Luton, aged 26, says: “I’ve never tried cooking Asian food. My mum does it all so I don’t think about learning and my sister makes all other types of food. Being the youngest child I’ve not needed to learn, I’ve concentrated on my studies instead.”

So, it seems that the desire to cook and the need to cook are the two challenges that face each other when it comes to girls cooking Desi food in the 21st century. Once seen as a necessity for a girl and now perhaps no longer the case, could mean that in the future, learning how to cook Desi food means a British Asian girl would have to attend Asian cookery classes.

Priya adores anything to do with cultural change and social psychology. She loves to read and listen to chilled music to relax. A romantic at heart she lives by the motto 'If you want to be loved, be lovable.'
Guide to Indian Sweets
Punjabi Chicken Masala recipe