Android One ~ a Blessing for Indian markets?

Android One, the new venture by Google intends to bring cheaper smartphones to the market. Specifically targeted at emerging markets, where the Windows Phone is currently gaining popularity.

"This is the time when majority of consumers are moving from a feature phone to a budget smartphone."

Google, with an intention to reach out to the next billions of users in the up-and-coming markets, specifically India, recently introduced a new enterprise called ‘Android One’.

Through this enterprise, Google plans to facilitate the ‘sub-$100’ (approx. £58; below 6000 INR) smartphones in the emerging market and make them available as soon and easily as possible.

Although 6000 INR smartphones are already a part of the Indian market scene, most of them provide a below average experience along with having faulty software and underpowered hardware. Google intends to solve all these problems through ‘Android One’. 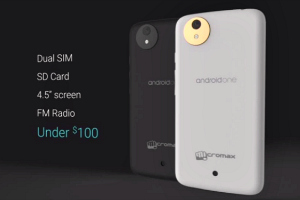 Sundar Pichai, the prominent Google executive, currently heading Chrome and android divisions, declared that ‘Android One’ devices will see be launched in India around September.

It will be priced below $100 (6000 INR) and told that original equipment manufacturers (OEMs), in each country have to, “re-invent the wheel and in the fast-paced mobile industry, they have to build a new smartphone within 9 months.”

Google has been working with Micromax, Spice and Karbonn, the three Indian phone companies for the Android One.

Here are a few reasons why we think Android One is a promising venture for Indian markets.

The most attractive feature of the Android One initiative is the generous price tag. As announced by Google recently, the Android One will bring extremely affordable smartphones priced below $100, ie. 6,000 INR.

Google’s plan is to target the developing countries with a lot of people opting for cheaper handsets. These phones will cost much less but have all the features similar to the expensive smartphones in the market. This should allow for a big rise in first time smartphone users as well.

In terms of software, all the phones will feature stock Android with regular OS updates, similar to Nexus and Google Play edition devices.

Google will also allow OEMs like Micromax, Spice and Karbonn and also the network carriers to automatically install all the ‘local’ apps through Google Play. Google is also in fact working with the network carriers in these markets to come up with low-cost data plans for these phones.

While the first set of Android One smartphones are kept a secret to create a buzz in the market, it was revealed that the phones will have features like FM Radio, Dual SIM support, and microSD card slot.

The phones will also sport a 4.7 inches screen. According to the Digitimes report, the same phone will be powered by a MediaTek dual-core MT6575 processor.

Less Targeted to Theft and Great as Back-up Device 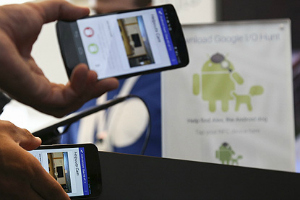 Since the Android One handsets will be very affordable and smartly priced, one can assume to be a lesser target to thefts unlike high end devices such as iPhone and Samsung.

Even if stolen or lost, it would be easy to buy a replacement. The handset will also prove to be a good back up device due to its price and features.

But Android One also seems to have Big Competition

Though Windows Phone’s market share is microscopic in comparison, in the past six months, Windows has shown that it is in fact a challenge to Google in the Indian market and by launching Android One, Google has established that Microsoft’s OS is indeed a threat to them.

The above mentioned three Indian phone makers are one of the most popular brands in India, and Microsoft has already partnered with them for cheaper smartphones.

In addition, to guarantee that they would side with the Windows Phone, the company waved all license fees for using its platform, which also made certain that their devices would display lower price tags. 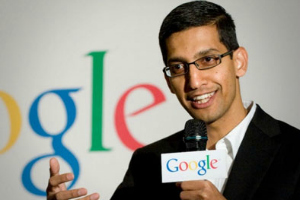 As a result a dozen mobile phone manufacturers have announced their plans to launch Windows Phone 8.1 smartphones in the near future and this is exactly what Google appears to have reacted to with the launch of Android One.

If accomplished well, this initiative could drastically change the current Indian handset market scenario. One could expect good smartphones at prices below Rs 5,000-6000 and a massive rise in smartphone users unlike the rise of only 10 per cent in 2014, as per the IDC reports.

Manasi Yadav, senior market analyst at IDC, said: “Android One looks like ‘a very good decision by Google’ considering this is the time when majority of consumers are moving from a feature phone to a budget smartphone.”

The Android One handset can be an ideal substitute to luxurious smartphones out there, particularly for a device that can still do the things a high end smartphone can without the high price tag.

From an OEM outlook, this will enable Indian players like Micromax and Karbonn to race with international companies like Samsung by launching competitive smartphones at lower prices. Surely it’s a win-win for Google as well as the emerging Indian market?

Komal is a cinéaste, who believes she was born to love films. Apart from working as assistant Director in Bollywood, she finds herself doing photography or watching Simpsons. “All I have in life is my imagination and I love it that way!”
7 Best FIFA World Cup 2014 Apps
How to Make Selfie Toast